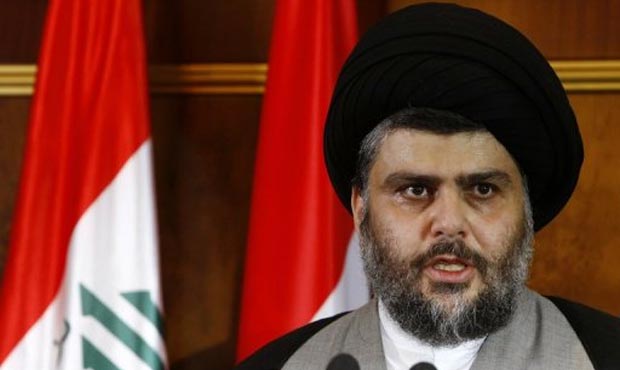 Taking advantage of Iraq’s instability and the rapidly decreasing faith in Prime Minister Nuri al-Maliki, Moqtada al-Sadr is working to transform his image and raise himself in Iraqis’ eyes as a political and spiritual leader.

Contradicting his history of violent sectarianism, the Shiite cleric is trying to present himself as the uniter of all Iraqis at a time of civil strife, and as the defender of Iraqi rights.

When fighting and protests erupted in recent months in Sunni al-Anbar province, he called on all Iraqis to live peacefully with each other – extending the pleas beyond just Sunni, Shi’a and Kurdish Iraqis, to also include Christians and Jews, to whom he pleaded in a video, asking Jews to “come back and help rebuild their homeland.”

ALSO READ At a challenging time for Iraqi men, Viagra saves the day

Last year, Sadr began to approach Iraq’s poorest citizens, making efforts to feed and take care of them, and called on all Iraqis to do the same. But many see this tactic as the most direct way to recruit them and gain their loyalty.

He also aims to present himself as a Hawza leader, going so far as to undermine its most senior ayatollah, Ali al-Sistani. Hawza, a group led by Iranian and Iraqi ayatollahs and steeped in Iraqi history, has long been the picture of uniting Iraqis and standing up to unfair rule – as far back as its formation as a resistance to British rule in 1922. However, although it presents itself as a group of men doing God’s duty, it is also run by very wealthy and influential leaders, and his position as an important ayatollah in it would serve to further his own ambitions.

These strategies are politically directed, but not for Sadr himself. He wants to have his party, the Sadr list, which already boasts five ministers and 40 MPs, well represented in parliament – and possibly the prime minister’s seat – after this spring’s elections. He is exempt from political office himself, as he is a religious leader, but he can still have a great deal of influence on Iraqi politics with his list dominating parliamentary seats.

He is also said to be using the absence of the US in Iraq to his benefit – not only that the US military has physically withdrawn, but that its leaders also seem to have waning interest in the country and its political future.

But despite his strides forward with many religious and political leaders in Iraq, most of its citizens remain unconvinced.

According to a security source, Sadr was due to visit protesters in al-Anbar, but was advised against it, as it looked as though he would be facing an angry crowd. So, he opted to stay out of the region and publicly visit and pray in mosques and churches, instead.

However, many analysts believe that his early, inexperienced years trying to gain political influence have given way to a much clearer, more organized path, thanks to the guidance of Iranian political specialists and spiritual leaders.

Political analyst Ahmed al-Janabi said that Sadr could be the religious figure to unite Iraqis, and that his aim is clear that he wants his list in the prime minister’s seat and the interior ministry. His latest actions – speaking up about the right of all Iraqis to share in the wealth of the country’s oil; and criticizing Prime Minister Maliki’s decision to cancel the ration card system, which was instituted by Saddam Hussein to help feed the country’s poor – has helped extend his popularity in a time when most Iraqis feel they have no voice.

Janabi said Sadr is also using his persuasion to gain support from and build alliances with the Sunni Iraqiya list and the Kurds, who are also opposed to PM Maliki. These newly forming alliances are a development for Sadr in themselves, as the groups were at war with him in just the last ten years.

The discontent among Sunnis toward Maliki and his actions against them has also presented an opportunity for Sadr, says Alla Jumaa, a political professor at University of Anbar. He said Sadr is trying to get close to them by fighting for their rights, and using the unrest to gain their trust and following, trying to convince them to leave their feelings of sectarianism behind them. If it has not yet won the hearts of Sunni Iraqis, it does seem to be working with many of their leaders, who seem to believe that he is trying to put an end to the sectarianism that was perpetuated for years by Sadr himself, and violently through his followers.

But for an Iraq that has grown weary of power- and money-hungry leadership, the concern is not from where the help arrives, but how soon. And for Moqtada al-Sadr, the time could not be more ripe for him to take the lead.

Any views expressed in this article are the authors’ and do not necessarily reflect those of Your Middle East.