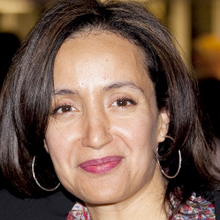 Until recently, the two stock phrases applied to every story about Yemen were “ancestral homeland of Osama bin Ladin” and “the narcotic leaf qat”. Now that the former is dead (and AQIM has taken over from AQAP as the terrorist groupe du jour) the only exoticism left with which foreign journalists have to accessorise Yemen stories is qat.

Sometimes, there are more considered studies of qat. Some of these are disinterested academic studies (such as Kennedy’s, Weir’s study or Varisco’s), but most are critical of qat, although as often their criticism rests on the reason for their initial approach, and their ‘solutions’ are as crude as their analysis.

Most Western criticism carries a moral tone: qat is a drug, and thus ipso facto wrong. (This stance is also taken by many Islamic states.) This attitude is often backed up by law – cut qat is illegal in the US and many EU countries, although The Advisory Council on the Misuse of Drugs said there was insufficient evidence that Qat caused health or wider societal problems to justify a ban in Britain (it is so legal in the UK that it has attracted VAT at 20% since 1997.) Since critics’ analysis rests on a moral viewpoint, their solution is similarly “obvious”– make qat illegal. Not only would this simplistic solution be opposed by the many entrenched interests (a President of Somaliland when advised to do the same, gestured towards his khat-chewing bodyguards and asked how long he would last), but little attention is given to a replacement, apart from a naïve notion that qat trees should be replaced by coffee bushes. Amusingly, these moralisers omit to mention that coffee is also a drug, of similar strength and geographical origins, albeit coffee is a more socially acceptable drug in the West.

More pragmatic, less emotional, criticism of qat by foreigners and Yemenis alike revolves around its socio-economic impact, and issues of water depletion involved in its cultivation. Both of these are valid complaints, but not solely applicable to qat, nor is banning qat necessarily a solution to the problems identified. It is certainly true that qat consumption has increased greatly over the past 30 years; this is in frequency of use, increase in market (qat was forbidden in much of the People’s Democratic Republic of Yemen, and restricted where it wasn’t) and due to the rapid demographic increase in Yemen’s population.

Whatever the reason, many men (predominately) spend a disproportionate amount of the household income on buying, and conspicuously consuming, qat. While this does indeed have dire effects on the household’s nutritional intake, the same could be said for alcohol in the West. Yet there is more Western understanding of the cultural aspects surrounding alcohol, and the problems and difficulties in prohibiting its consumption.

A similar situation is found with the water consumption issue. Not only do most “solutions” propose replacing qat with another crop – which also requires water – but the solutions usually ignore the fact that it is less the plant and more the method of watering – flood irrigation – that is to blame. Indeed, in the days before subsidised diesel and cheap Japanese pump, most qat grew in the western mountains, and was rain-fed. There is also evidence that the presence of trees themselves cause precipitation – perhaps not completely unrelated.

Another aspect of the solutions usually proposed is that they are often ill-thought through. The classic example is the simple substitution of qat plants for coffee bushes. Not only does this solution ignore the slightly different climate that each species prefers (there is transitional zone where both can grow, but neither optimally) but it also – and far more importantly – ignores the market volatility in coffee: the second worst after oil speculation. There are also issues over coffee dealers – middle men who are able to take advantage of famers’ seasonal costs, and buy the beans when the farmers are most financially vulnerable. This is not the case with qat, since the active ingredient decays rapidly making it difficult for middle men to manipulate or corner the markets. Thus, the farmer is likely to receive more money from qat, even if the coffee crop earns more eventually.

Indeed, an aspect almost always omitted from analysis is that due to the requirement for freshness, qat is almost unique in being an urban to rural money vector, straight to the grassroots farmers, rather than any intermediary / middle men. Rarely do any “solutions” replicate this facet. Another related aspect often overlooked is that qat is a mostly Yemeni consumed product. Unlike many imported luxuries, the money thus remains in Yemen.

So, having noted the problems with the current “solutions” to the qat issue, what can be done to improve matters?

The first – and most obvious – measure to moderate consumer behaviour is to replicate those actions used successfully in the West to regulate alcohol (and in different places to regulate other consumer luxuries): production tax, and vendor licensing. In qat’s case, not only would this greatly increase the Yemeni government’s revenue, but by increasing the cost, it would return qat to being an occasional luxury, and thus improve family nutritional intake.

Since almost every crop involves the use of water to some extent, one measure is to modify the watering system. Currently, most Yemeni farmers use flood irrigation: either opening sluices from irrigation channels for a set period, or using a tap / tanker to do so. Not only does this often water areas away from the crop (in this case qat), but a combination of the time of (usually) day, and the large surface area created, also optimises the potential for loss by evaporation. A more efficient system of watering would be drip-irrigation, directly to the trees’ roots. This would be more efficient, and if managed using a timer-system, the watering could be done by night, thus further reducing loss by evaporation. Such infrastructure costs money, but a combination of aid and / or hire-purchase schemes might enable access. Indeed, since the technology is relatively simple, much of the equipment might be manufactured in Yemen, creating much needed jobs.

Qat has its detractors; and its advocates. As currently grown and consumed, it is unsustainable and anti-social; however, it also has useful properties which are difficult to replace. With a few sensible measures, it should be possible to reduce the harm caused by qat, while continuing to harness its unique properties. A bird in the hand is worth two in the (qat) bush.

DON’T MISS The battle against Qat: a one-year-old Yemeni dream growing into reality