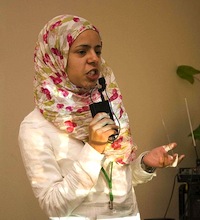 Identity politics and the media coverage of Tunisia give the illusion that Tunisians are divided along ideological lines. However, polarization is only deep at the political level and Tunisia as a society is far less divided.

Elected Assembly does not reflect society:

The 2011 elections gave birth to an ideologically polarized National Constituent Assembly, tasked with drafting a new constitution. But the election results do not necessarily reflect a polarization within the Tunisian society for two main reasons. First, 42% of eligible voters did not head to polls. Some of them might have lacked political awareness. Others did not vote because they simply felt that they do not belong to the 100+ political parties which participated in the elections. Second, many voters did not vote for an ideology. They rather made their choices based on the sympathy they have for the parties which suffered great oppression under the dictatorships of Habib Bourguiba and Ben Ali. Another group of voters cast their votes, for they hoped that the elections would bring back stability and economic progress.

The erroneous element of the story:

With the assassination of opposition leader Chokri Belaid on February 6, the media focus quickly shifted back to Tunisia. The division element of the story dominated the coverage of the murder, and Tunisia was described as “deeply polarized”. This is completely erroneous, because politicians are extremely divided, but not Tunisian citizens.

The majority of Tunisians hold neither secular nor Islamist views. They do not care about secularism, as much as they care about improving their socio-economic situation. They also do not strive for the implementation of Islamic law, as much as they strive to live in peace and with dignity.

The voices of these Tunisians remain underrepresented in the local, regional and international mainstream media. Yet, they embody the essence of the uprising, which toppled the twenty-three year rule of Zine el Abidine Ben Ali. The Tunisian revolt was a movement for social justice and dignity, which erupted in protest against corruption, regional disparities and lack of equal opportunities. Unfortunately, politicians and the media have so far succeeded in misleading the public and diverting their attention from such pressing socio-economic issues.

EDITOR’S PICK Voices from Tunisia two years after the revolution