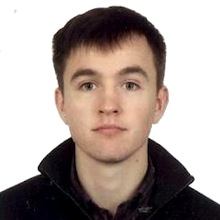 Speculation that the government could strike a Kurdish alliance to replace Turkey’s parliamentary system with a presidential one was strengthened last week, following the leaked details of talks between imprisoned Kurdistan Workers’ Party (PKK) leader Abdullah Öcalan and a visiting Kurdish delegation. In the minutes that were published by daily Milliyet newspaper, Öcalan is quoted as saying that as part of an eventual deal in the ongoing “peace process” talks, the Kurdish side “could consider an executive presidential system … We could go into a presidential alliance with the Justice and Development Party (AKP).”

The driving force behind the proposal is Prime Minister Recep Tayyip ErdoÄan, who is seeking an executive presidential chair after vacating his current seat in 2014. If ErdoÄan’s AKP is unable to secure the change through the current cross-party negotiations to draft a new constitution, it may have to rely on the votes of the Kurdish-focused Peace and Democracy Party (BDP) MPs to take the issue to a (likely successful) referendum.

If this result did eventually emerge from the peace talks, it would represent a typically Turkish combination of progress and regression. While an end to violence and measures to grant further democratic rights would be welcome, the further concentration of power in the hands of one man – particularly one with such a conspicuously authoritarian streak – would create a new set of challenges to Turkey’s fragile democracy.

Alarm bells rang in December when ErdoÄan, in a rare public misstep, expressed his frustration at the Turkish political system’s “separation of powers,” which he said hindered the government’s ability to provide “further services.” While he later backtracked, it was clear that these remarks were motivated by the same impulse that aims to secure what has been described by AKP members as a “Turkified version of the U.S. executive system,” (essentially the powers of a U.S. president with more domestic clout). After all, the opposite of effective separation of powers is their concentration in the hands of one individual.

In fact, ErdoÄan’s practically unchallenged domination of power would hardly be a new problem. Respected Turkey watcher Gareth Jenkins has recently written of the “hollowing out” of state institutions, which has become ever more apparent of late under PM ErdoÄan:

“ErdoÄan’s autocratic style of government resulted in the ‘de-institutionalization’ not only of decision-making but also of the formulation of policy. Even relatively minor plans and initiatives become dependent on a direct talimat, ‘order,’ from ErdoÄan. As a result, very little information now moves up through the echelons of government unless it is in direct response to a request from ErdoÄan himself.”

An observable symptom of this increasingly vertical system of government is the unhealthy intensity with which the Turkish media hangs on the prime minister’s every word. An address or press conference given by him is typically broadcast uninterrupted by every major television news station; the words are transcribed and posted immediately on Internet news portals, with the only journalistic interjection in each paragraph being “the prime minister said;” the next day’s newspapers feature prominent news stories on the speech, perhaps as the front page headline.

Finally, the chorus of daily columnists set to work dissecting whatever the prime minister has decided should be the subject of the moment. As Fehmi Koru recently wrote in pro-government daily Star, ErdoÄan “is a master at forcing an issue, bluffing and occupying others with his own agenda.” He is a master at manipulating how news is covered, and the producers of that news coverage are often more than happy to be manipulated.

Of course, the exacerbation of these tendencies with ErdoÄan in an empowered presidential seat would be a significant cause for concern. Indeed, if this became one of the results of the current negotiations, it would be an odd outcome from a professedly democratic peace process.

The joker in the pack, however, is the influential reclusive U.S.-based religious preacher Fethullah Gülen – figurehead of an expanding network of schools, media organisations, health clinics, commercial enterprises, and charities, both in Turkey and abroad. It has been in an alliance of convenience with the government since the AKP first came to power in 2002, most conspicuously in the government’s successful attempts to de-fang the military in the controversial coup plot “Ergenekon” and “Balyoz” trials.

However, there are increasing signs that the excesses of the investigations into these cases are contributing to a growing rift between ErdoÄan and the Gülenists, with the former apparently now seeking to secure some kind of rapprochement with the military establishment. The EU accession process is also another source of low-level tension, with ErdoÄan’s bitter recent criticism of the Union gently rebuffed by the Gülen-affiliated Zaman newspaper. Some within the Gülen media have already expressed significant doubts about the prospect of an ErdoÄan presidency.

Thus, it seems that even if ErdoÄan manages to succeed in taking a presidential system proposal to referendum as part of a deal in the current peace process, it is still far from clear what will happen next.

EDITOR’S PICK How about trying Turkey’s approach towards Iran?