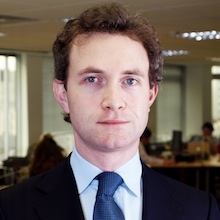 Syria’s civil war has now entered its third calendar year. With worse still to come, in recent days it has been estimated that the number of people killed in Syria since the uprising began now stands at more than 90,000. Any death is a tragedy for someone and the people close to him; and a million deaths are not a statistic but a million individual tragedies. How can this fact glide by us with so little comment?

When it comes to Syria, there are probably a few practical reasons. One, undoubtedly, is that people get bored with long news stories. As the wars in Iraq and Afghanistan have shown — in which American, British and other Western troops have after all featured prominently – public and media attention was fairly short-lived. After an initial burst of fascination, once the new norm was established, peoples’ attention wandered elsewhere. Syria has now dragged on too long to hold peoples’ ever-smaller attention spans.

There is also the circumstance that in Syria – as in other recent wars – journalists have found themselves becoming targets. While many journalists are willing to take the same risks as the population at large, few are willing to stay in situations where they might be the actual object of death-squads or the attentions of RPG’s. In Syria, most journalists have found it hard to get in, or once there, are unwilling to stay, so the amount of footage coming out is necessarily limited. With an absence of plentiful footage, if the story cannot be visualized, there is now rarely a story. Evidently we need pictures.

But there is another, more important, reason why this story has got so little attention. There are often underlying, as well as immediate, reasons why something does not make news. There are some situations in which a tragedy helps a political cause and others in which it hinders it. For some people, casualties are not tragedies or statistics, but simply a well-spring for political point-scoring. To compare the cases of Israel and Syria is to see this at its most stark.

Take, for instance, the highest figures for all the wars in which Israel has been involved throughout its history. The upper estimates suggest that the War of Independence in 1948 cost around 20,000 casualties in total – that is 20,000 on all sides. The upper casualty estimates of the wars of 1968 and 1973 are similar: another 20,000 and 15,000 respectively. The smaller wars in Lebanon and Gaza in the years since add several thousand more to this sad total. But something is striking here.

All the wars involving Israel, throughout its history, have caused at least 30,000 fewer deaths than have been caused in Syria in the last couple of years alone. Say that you added together all the wars involving Israel, and they had all happened either consecutively or in one go. Would we have seen the same amount of coverage that we have seen in Syria? Would there have been more or fewer protests around the world involving people of all religions, races and backgrounds, than there have been outside of Syria in recent months? Would the nations of the world, the United Nations and the UN Security Council, have been quieter or noisier than they have been when it has come to the matter of Israel’s neighbor, Syria, over recent months?

The answer to all these questions is that the air and ground incursions in Gaza in recent years have on each occasion led to deaths — tragic though they may be — that are a fraction of the number in Syria since the uprising there began. Yet the world, and the world’s press, and the world’s protest movements, and the world’s governments and the world’s supra-national organizations have on each and every occasion mobilized in a way which seemed at the time, and in retrospect, to demonstrate an obsession which is probably at best unhealthy, and at worst the expression of straightforward bigotry. All those people who claim that small incursions into Gaza have not been small incursions, but in fact a “holocaust,” where are they now? If the death of a hundred people is a “holocaust,” what is the death of 90,000?

How could the differences between reactions to the tragic situations in Syria and in Israel have become so obscene and exaggerated? There are a number of reasons. First, and most obviously, we are forced to conclude yet again that when an Arab kills an Arab it is not news. Only if a Jew is involved does it make the cut.

Second, we must consider that there is a strategic reason for the silence on Syria as opposed to the babel of opinions over Israel. As the death-toll reaches towards the first 100,000, is it not possible that the world reacts so differently in Syria because they see absolutely no solution there? They see a dictator at war with his people but cannot conceive of any way to solve this problem. They see lingering in the wings only worse dictators, worse parties, worse factions and worse religious extremists.

But with Israel — and here we come to the source of the babel — the world believes that there is a solution. Whoever is in charge in Israel — Olmert, Netanyahu or anyone else — the answer remains in the public’s mind the same. And the world, by and large, increasingly thinks that the answer is simple. The problem, they think, is Israel. And it has become “accepted wisdom” that if the press, politicians, international organizations and NGOs who think this way just push hard enough, they will finally be able to bring things to their happy, delusional conclusion.

When people talk of “holocausts” in Gaza, they are seeking to persuade the world to intervene (if a “holocaust” is occurring, how could they not? Just look at Rwanda.). Yet when it comes to Syria, most of the world appears perfectly content to be bystanders. With Israel, every death is investigated, every movement protested against. Yet when it comes to the wholesale slaughter in Syria, there is just a single global shrug. People cannot be wholly surprised, after this divergence of views, if some of us choose to observe in the future that many of those who comment with fury about Israel’s actions have revealed themselves to be neither humanitarians nor journalists, but pure and simple anti-Israel political activists.

EDITOR’S PICK For a successful transition in Syria, look to Iraq

This article was re-published with permission from Gatestone Institute.