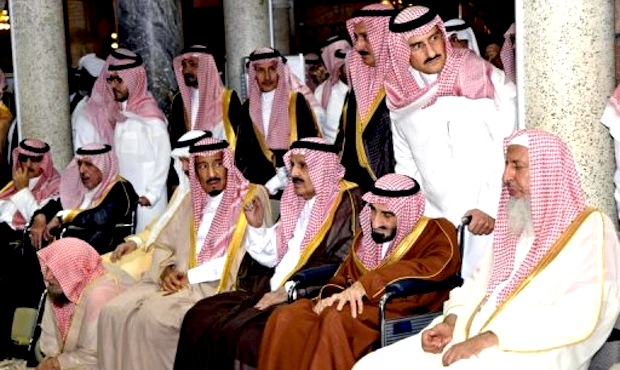 The recent appointment of Prince Muqrin in Saudi Arabia to a position second-in-line to the throne surprised many analysts and reinforces the opaque nature of politics in the Kingdom. Equally it prompts a reassessment of assumptions.

In 2003 Donald Rumsfeld, the former US Defence Secretary, uttered his now infamous speech about what was and was not known about the link between Iraq and supplying terrorist groups with weapons of mass destruction.

While the language is deeply contorted, Rumsfeld’s tripartite system of segmenting classes of information is not an unreasonable rubric to use when assessing an issue. Given the latest intrigues in the elite of Saudi Arabia that had analysts scrambling to engage in the Arab version of Sovietology to explain a completely unexpected move, the application of any logical rubric to this most convoluted of issues is welcome to ascertain exactly what we know we know.

On 1st February 2013 Prince Muqrin Bin Abdul-Aziz Al Saud was appointed Second Deputy Prime Minister in the Kingdom of Saudi Arabia. This appointment shocked Saudi watchers as the received wisdom suggested that Muqrin would be ineligible because of his Yemeni lineage on his mother’s side. While Muqrin becoming Crown Prince and King is now a likely outcome, the fact that few expected him to be there in the first place acts as a prompt to revisit some of these known knowns.

The position of Second Deputy Prime Minister is important and has signalled ‘Crown Prince in waiting’ in recent transitions even if it has been unfilled at times, notably from August 2005 to March 2009. Nevertheless, Muqrin’s continued ascent is not certain. The 1992 ‘Basic Law of Governance’ and the 2006 ‘Allegiance Council’ are both mechanisms that endow, respectively, the King and the Crown Prince in conjunction with leading Princes the power to amend those in line to the throne.

While one may expect Murqin – a relatively spry sexagenarian or septuagenarian (the ages of Saudi Royalty belonging in the ‘known unknown’ category) – to rise to the office of King relatively soon particularly given the age and increasing infirmity of the King and the Crown Prince, this too is far from certain. King Fahd (r.1982-2005) was incapacitated for most of the last decade of his rule, yet neither he nor his supporters thought it better for him to step aside. In Kuwait complete physical and mental incapacity did not forestall Saad ascending to the office of Emir in 2006. In that instance it was Kuwait’s vocal and uncontrollable Parliament that forced him to resign after only nine days ‘in power.’ Bar typical intra-family squabbling, Saudi Arabia has no equivalent that could push through such a measure were it needed.

It is also implicitly assumed that Muqrin’s promotion means that Saudi Arabia’s rulers will now have to move to the next generation. Since the founding of the modern state of Saudi Arabia by Ibn Saud in 1932, rule has passed directly to one of his sons. King Abdullah, the current incumbent, became King when he was in his eighties, while two of his Crown Princes (Sultan and Nayef) have already died while Crown Prince Salman is believed to be largely infirm and in his late seventies.

Given that Murqin is the youngest son of Ibn Saud this means that several of his older brothers have been passed over in his favour. In Saudi Arabia where there is a premium placed on age seniority, this suggests that they have run out of suitable sons of Ibn Saud and a generational shift is imminent. While this is, again, logical if not likely, it must not be forgotten that should Salman or Murqin become King they can install whomever they choose, as long as they can corral support for the decision.

While the generational jump to Ibn Saud’s grandchildren could be postponed the eventual shift is the central known unknown of Saudi politics.

Muhammad Bin Nayef, the son of the former influential Minister of Interior and Crown Prince, leads speculation after becoming the first of the second generation to oversee a principal Ministry when he took over from his uncle Prince Ahmed as Minister of the Interior in November 2012. Believed to be highly capable in his former role in Counter Terrorism at the Ministry with an impeccable lineage and enough influence already to meet officially with President Obama in January 2013, he was a strong candidate for the post of Second Deputy Prime Minister and remains prominent.

However, things are not always what they seem in Riyadh. Many assumed that Muqrin’s abrupt removal as head of intelligence in July 2012, coming in the wake of increasing public criticism, was a sign of him losing power. Instead this move was a precursor to assuming the position of second in line to the throne.

Instead of sifting through the minutiae of each candidate’s CV and family linkages or investing too heavily in court gossip, it is more fruitful to seek a set of guidelines and factors that will inform the decision-making.

Firstly, there are traditional factors to consider. He must be a grandson of Ibn Saud and while age seniority is important, as Muqrin’s ascension and Muhammad Bin Nayef’s replacement of his uncle at the Ministry of the Interior showed, it is clearly not a defining concern. Of greater importance is a demonstrable track record of effective leadership in an august Ministry or an important region. The challenges facing Saudi Arabia are legion and a would-be ruler from the next generation will have to prove that he has the pedigree and the aptitude to work effectively.

Though senior Princes confirm a putative Crown Prince, they have to take into account an element of popular support. Similarly, given the inequalities in the Kingdom and the place that corruption is widely believed to have had as lending impetus to the Arab Spring, a relatively uncorrupted reputation would be an advantage.

Any candidate who can carefully craft such an image will reap significant gains given the importance of presenting a positive public face. The use of the press by much of the elite in Saudi Arabia is barely one step up from Pathé news. Bland press releases with little actual news but with plenty of references to the religious formalities conducted before, during, and after each meeting are adorned with pictures of King Abdullah or other leading Royals with unfeasibly black beards and moustaches. Given the increasingly media savvy Saudi citizens, as shown in a recent survey that found Riyadh to be the 10th most active city in the world on Twitter, such anachronistic media handling is all the more jarring.

The fact that Muqrin has no recorded full-brothers or sons with top-level experience suggests that he may be a relatively impartial arbiter. His well documented closeness to King Abdullah hints that he would look to an effective, technocratic successor as opposed to being concerned with austere religious credentials. But most of all he will look for the consensus candidate; someone that can command authority quickly in a Kingdom that strives for stability above all else.

An unknown unknown is unknown but one can posit from where critical, game-changing concerns may arise.

An Arab Spring redux may strike Saudi Arabia. The economic dynamics and disparities in the Kingdom are acute. The Saudi ‘Arab Spring Budget’ designed to counter nascent protests with a flood of new jobs, pay increases, and house-construction projects worked but fundamental issues remain. Another incident such as the 2009 Jeddah floods which diverted attention to gross corruption and mismanagement could ignite latent anger. Equally, the continued implosion of Bahrain or Kuwait’s Parliamentary wrangles escalating to wide-spread civil unrest could instigate troubles, particularly in Saudi’s combustible Eastern Province where Shia-based unrest continues.

Given the ill health of King Abdullah, Crown Prince Salman, and the relatively advanced years of Muqrin, a series of quick successions is not out of the question. Any number of permutations could force the new elite to arrive at hastily contrived arrangements. With the potential of a grandson of Ibn Saud sitting on the throne for multiple decades with the corollary that other members of his generation lose their opportunity at attaining the top job, there is ample reason for those overlooked to agitate in the wings for a better spot.

While the future of Saudi Arabia could be an unknown unknown with untold effects from existing or future challenges destabilising the Kingdom, Saudis have heard such pronouncements on a regular basis for decades. Yet the Kingdom prevailed. There may not be anyone in the near future who could match the figure of King Abdullah who has overseen nearly two decades of tumultuous Saudi history and commands widespread respect for his slow modernising moves. But elite interests, while factional and facing new internal issues, are all predicated on maintaining their exclusive grip on power; a deeply motivating and unifying concept.