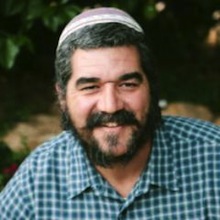 Jeffrey Goldberg wrote a piece from his recent exclusive interview with Jordan’s monarch, originally titled “Monarch in the Middle,” which seems to be a spin on “Monkey in the Middle,” or maybe a Freudian slip. However, only an hour after that first release, the article appears under a more serious title. Goldberg paints Abdullah II as a dynamic, young and intelligent leader working to bring Jordan into the 21st century.

In a script that seems taken out of an episode of Mission Impossible, he writes:

“One morning last fall, Abdullah II bin Al-Hussein, the fourth Hashemite king of Jordan, rolled up to a helipad situated close to the royal office complex in Al Hummar, on the western edge of the capital, Amman. He stepped out of an armored Mercedes—he drove himself, and drove fast, like he was being chased—and hustled to one of his Black Hawks. The king, who as a young prince served as a commander in the Royal Jordanian special forces, climbed into the pilot’s seat, talked for a moment with his co pilot, a trusted member of the Royal Squadron, and lifted off, pointing us in the direction of the rough, unhappy city of Karak, about 80 miles to the south. A second Black Hawk, filled with bodyguards, lifted off a moment later.”

Jordan has no natural resources and its economy relies on foreign aid from the west and the Gulf states – and taxes. Still, the unelected ruler of this poor state and his family manage to live like royalty. Abdullah is praised in the west for being “modern” (mostly due to the fact that he was educated in the west). His neighbor to the north, Bashar al-Assad, also lived and studied in the west until he too was called to the throne. Both of these western-educated men now head undemocratic totalitarian regimes that greatly limit the freedoms of their peoples.

ALSO READ Q&A on what the Jordanian youth really want

Goldberg goes on to tell of his day hovering up above it all with the hero king. Together, they land in Karak to have lunch with the leaders of one of Jordan’s larger Bedouin tribes. For those who are not familiar, he explains that the Jordanian monarch’s power base comes from the elite Bedouin community, which makes up a minority of the kingdom. Although up to 60% or 70% of the population are only 2nd and 3rd generation Jordanians of Palestinian descent, they are stripped of rights and pay higher taxes to support the monarchy (for more on that, Google Jordanian writer Mudar Zahran).

So the king and his reporter companion enjoy customary Bedouin hospitality, after which they sit with the Bedouin leaders to discuss the progress of the country. Goldberg tells how Abdullah looked “wide-eyed” at him when one of the Bedouin leaders suggested implementing a new type of government paid job:

“Leader after leader—many of whom were extremely old, many of whom merely had the appearance of being old—made small-bore requests and complaints. One of the men proposed an idea for the king’s consideration: ‘In the old days, we had night watchmen in the towns. They would be given sticks. The government should bring this back. It would be for security, and it would create more jobs for the young men.’

I was seated directly across the room from the king, and I caught his attention for a moment; he gave me a brief, wide-eyed look. He was interested in high-tech innovation, and in girls’ education, and in trimming the overstuffed government payroll. A jobs plan focused on men with sticks was not his idea of effective economic reform.

As we were leaving Karak a little while later, I asked him about the men-with-sticks idea. ‘There’s a lot of work to do,’ he said, with fatigue in his voice.”

The interaction that Goldberg saw but didn’t understand is basically a simple Bedouin negotiation. Abdullah needs the support of the tribal leaders to retain his position of power and his lavish lifestyle, and they, in return, are asking for part of the action. They are actually asking for very little in return – a few jobs for some young men in a poor country that still humors a royal family and its toys.

What Goldberg overlooks is the fact that Abdullah himself is really just another Bedouin getting paid by America to hold a stick. His toy Mercedes, Black Hawk and lavish palaces are subsidized by American taxpayers’ money and supplemented by the taxes of his Palestinian subjects. Goldberg does mention in passing that the Hashemite dynasty were originally immigrants to Jordan themselves (Abdullah is a 2nd generation Jordanian, just like many of the Palestinians he rules over). The sons of a Bedouin tribe leader from Mecca (in Arabia – some 1200km away) were awarded part of the territory taken from the failing Ottoman Empire. This was their prize for assisting the British in their plot against the last Muslim caliphate and also a way out of their local conflicts with other tribes in Mecca.

To gain some perspective, remember that the country of Jordan did not exist 100 years ago. The Hashemite Kingdom of Trans-Jordan first came into the pages of history in 1922, after the British Empire invaded the holy land. In order to form the state of Trans-Jordan, the British carved away 70% of the Palestine Mandate that had been marked out for the establishment of the Jewish national homeland by the British Balfour Declaration of 1917. This then – the original “Two State Solution” – left only the area west of the Jordan River for the future Jewish state. That’s the history.

Who knows what the future holds. Goldberg does not hint that the king is losing his support, even among the Bedouin community. The alternative is to open the country up for democratic elections, in which all citizens would vote for their leadership. While there is doubt whether the Bedouins would all line up in support of Abdullah, there is no doubt that, given the opportunity, the Palestinians will vote him into unemployment.

In light of the Arab Spring phenomenon sweeping through the Middle Eastern countries currently, the future of the Hashemite monarchy becomes even less clear. How much longer will the people of Jordan agree to being stripped of their rights while Abdullah lives it up at their expense? Many believe that Abdullah is next in the line of dominoes whose turn will come after Assad’s fall. Abdullah woos the west with words of concern over the Muslim Brotherhood, who – he warns – could pose an alternative to his leadership. To western ears, he calls the Muslim Brotherhood a “Masonic cult,” while he doesn’t bother to mention that in all the Arab countries Hashemites like himself have been exceedingly cooperative with their local branches of the Muslim Brotherhood and the Brotherhood’s leaders have enjoyed their support.

It is not clear how much longer Abdullah will be able to play with the nice toys the west provides him with, but it seems that if he doesn’t start giving a share of the stick to some of the other Bedouin guys, he might lose the hold he has on his own.

Take off the mask – Israelis and Arabs

Wasn’t there a revolution in Egypt?

Anti-Israel propaganda foiled by the facts