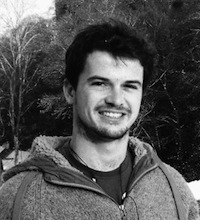 In Bahrain, members of the ruling Al Khalifa family, or those responsible for protecting their interests (i.e. the security forces) have historically been afforded a large degree of impunity. This is despite evidence that points to their participation in gross acts of oppression. In the recent uprising, no member of the state security forces has been found guilty of torture or murder, and no high-level government officials have been questioned for their complicity in the crackdown.

Following the ‘democratic’ reforms of 2001, Royal Decree 56 absolved any of the state security forces from being prosecuted for crimes committed during the brutal crackdown of the 1990s Intifada. Indeed the ruling elite in Bahrain has always found a way to engineer means of escaping accountability. This tradition of impunity is rooted in Bahrain’s history, yet even in excellent academic scholarship there remains the perpetuation of erroneous facts that understate the degree of impunity that the Ruling Family has enjoyed.

This is particularly true with regards to the trial of Khalid bin Ali Al Khalifa and his sons Khalid and Salman, who were found guilty of instigating and carrying out two attacks on the village of Sitra in 1923 (Khalid bin Ali was the nephew of the previous ruler, Isa bin Ali Al Khalifa). The attack left several Shia villagers dead, including women and children. The trial of the Khalids, (who are sometimes referred to as the Khawalid), recently featured in a front-page article on the Wall Street Journal:

When Shiites sought greater rights in the early 1920s, Khaled Ben Ali led the crackdown. At British prodding, he was tried for murder and jailed. The trial left wounds that festered for decades.

The writer of the article, Charles Levinson, may have been a little over zealous in his assertion that the jailing of the Khalids left a festering wound that lasted decades. In actual fact, Khalid bin Ali was never jailed. He was fined and his property confiscated. It was his sons Ali and Salman who were exiled to India. However, before they could be deported, Ali and Salman escaped to mainland Arabia.

They then returned to Bahrain and carried out a revenge attack on the village of Sitra, shooting nine people. There were thirty-four witnesses to the shooting, and Sheikh Hamad reluctantly sentenced the perpetrators to exile, on pain of death if they returned. Despite the apparent finality of this sentencing, Ali bin Khalid returned to Bahrain about six months later without British permission, something that even scholar Fuad Khuri overlooked when asserting how the trial of the Khawalid symbolised the establishment of public over private law in Bahrain.

Ali’s return infuriated Charles Belgrave, the Sheikh’s British financial advisor, who wrote a letter to Cyril Barrett, the British Political Agent, complaining about this outrageous development. Unfortunately for Belgrave, Barrett had allowed Sheikh Hamad to issue a retrial of Ali and Salman bin Khalid. The retrial was to be handled by the Sunni Shari’a court, a decision that further angered Belgrave, who said, ‘of course they will get off but it’s a good thing to have them tried to let the public see that they can be tried like ordinary people’. (Judges in the Sunni Shari’a Court almost always ruled in favour of Sunni defendants in cases of Sunni on Shia violence).

The prospect of a retrial pleased Sheikh Hamad, who then proceeded to persuade the thirty-four witnesses in the Sitra outrage not to provide evidence. (It is not clear how this ‘persuasion’ was accomplished, though it probably involved threats, blackmail, or pay offs). Then, in February 1928, one Sayed Adnan wrote a letter to Hamad saying he had successfully managed to square the witnesses in the Sitra case.

Much to Belgrave’s chagrin, the Khalid’s were not imprisoned following the retrial, yet the allusion that justice had been done was seen by the British as an important step in securing the authority of the courts and the legal system. Whether or not Bahraini subjects at the time perceived this as the case is, of course, difficult to determine. Nonetheless, the return of the Khalids highlighted the limits of Britain’s ability to press for high-level accountability. Instead they had to concede that mitigating conflict within the Ruling Family was more of a priority than the execution of substantial justice.

In spite of the British sponsored reforms to the courts in the 1920s, which were done mainly to ensure that the Sheikh in charge was not too lenient in cases involving people ‘of position’, high profile cases involving Sunni on Shia violence were still subject to extreme bias.

Almost one hundred years on, little has changed, and Bahrain’s modern criminal justice still prioritises control over service – especially when the regime is threatened. Indeed, Bahrain’s historic injustices become even more relevant due to a continued lack of accountability with regards to elite crime. Whereas ‘accountability’ allows some degree of closure, historical impunity sustains and legitimises the discourse of the oppressed, and situates present struggle in a wider context of past persecution.

Justice, accountability, and an end to discrimination allow people to come to terms with the past, enabling them to more easily move forward and contribute to the progress of a nation, whether culturally, politically or economically. Impunity, on the other, serves to allow the regime to continue their oppression without fear of penalty.