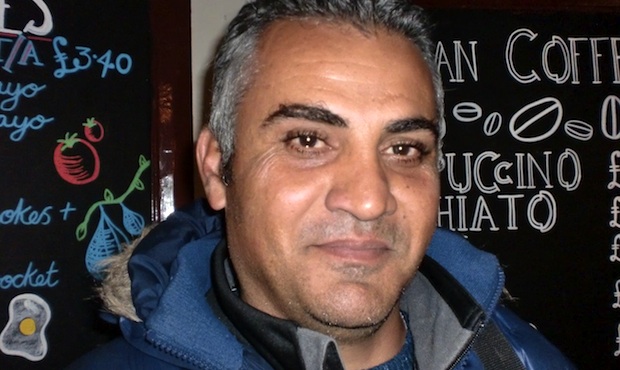 Emad Burnat, the co-director of Oscar-nominated “5 Broken Cameras”, has visited more than 40 countries in two years to promote his film. We found out more about his desire to bring attention to life in the West Bank and the planned second part of the documentary.

How has your life changed since 5 Broken Cameras?
“I have been travelling around the world visiting more than 40 countries to promote my film. I have been Oscar-nominated and have had the chance to meet very famous people that I used to see on TV, but to be honest, nothing has changed in my life. I am the same person, I live in the same house and I have the same car. For me, what is important is looking to the future, the future of my kids and the village.”

Has the success of your documentary improved the life conditions of your neighbours in Bil’in?
“People in the village are trying to rebuild and plant new trees in the land that we got back after the Israeli Court ordered the government to change the route of the wall near Bil’in. However, in reality, people continue to demonstrate against the wall and the settlements every Friday. In general, the situation is worse. There is no change or sign of good change. We face the Israeli occupation every day and the expansion of settlements and confiscation of our land.”

After 5 Broken Cameras, what is next?
“I continue filming the changes and events in the village. My next idea is to make a second part of the documentary within two or three years. It will take time as I want to find a good story to tell. It is not about making another film or getting rich and doing business, but it is something related to my life, my kids, my friends, my land and my country. The message of making this documentary was to show my story, my people, to show the reality of what is really happening in order to make people think, to make a change.”

What are the obstacles that you will face making the next film?
“I think the most difficult thing will be raising the funds to make the documentary. There is not enough support or interest in making documentaries in Palestine.”

Has the number of organizations or individuals approaching you for cooperation after the success of your documentary increased?
“No one has approached me asking to work together. The most important thing for me it is to continue screening the documentary, especially to the people who do not know much about the Palestinian problem. My effort is to show them our story, the story of the Palestinian people.”