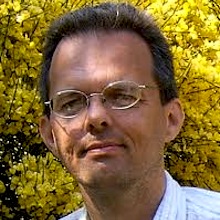 At the end of the 1980s most people were very pessimistic about South Africa. Sooner or later the Blacks would rise to power and then they would take revenge on the Whites and throw the country into anarchy – so many thought. Yet in 1994 South Africa had multi-racial elections and saw a peaceful transition to majority rule. At about the same time El Salvador saw a bloody civil war ended with peaceful elections.

The key to both transitions were negotiations that took into account the fears and wishes of both sides. In the end there was enough mutual respect and trust that South Africa could deal with the inevitable war crimes with a Truth Commission.

We saw something similar after the fall of the Berlin Wall. The country where there was most respect between the communists and their successors was Poland with a history of deals between Lech Walesa and the communists. It is no coincidence that Poland later had a lustration process that showed great similarities with South Africa’s Truth Commission and that it also became the most successful economy of the former communist countries.

What all these solutions had in common was a focus on the immediate problems. While the negotiations were taking place the old regime stayed formally in power and implemented the reforms that were agreed on.

ALSO READ David Ha’ivri: Wasn’t there a revolution in Egypt?

One of the reasons this worked out so well was that the Western countries pushed for it. They didn’t seek chaos and anarchy where leftish radicals might be able to grab power so they urged the parties to solve their problems in a civilized way. When Romania during its 1989 revolution murdered president Ceausescu it was generally seen as a negative thing and as boding ill for Romania’s future democratic stability.

How times have changed!

The leaders of our time have embraced the chaos of the Arab Spring as something wonderful. And instead of pushing the parties to work out a solution they have often embraced those protesters who refuse to negotiate.

We hear often that the Arab Spring protests are nonviolent. But there is no respect for the other side – and often a flat refusal to talk. Initially there were concrete economic demands but more and more it has become about people who should resign. The speed with which the protests in Libya and Syria degraded in armed uprisings was the logical consequence. Sometimes the nonviolence is even fake with fighting groups keeping the police at a distance so that activists can film their “non-violent protests” and upload them to YouTube. Gandhi wouldn’t recognize himself in this caricature of nonviolence. For him keeping the dialogue open was an important part of nonviolence.

In Tunisia, Salafist gangs have tried to violently impose their vision. A few decades ago Europe was very aware that such violence is incompatible with democracy as this is how fascism undermined democracy in the 1920s and 1930s. Now that consciousness seems gone and not one Western leader has uttered his worries about these developments. Instead the violence is looked at as a symptom of true emotions – a bit similar to the enthusiasm for Che Guevara and other revolutionaries of yore.

ALSO READ Graffiti: the art of revolution in Egypt continues

In Egypt, Obama more or less ordered the resignation of Mubarak. He seemed to forget that a national dialogue between local parties is the foundation for democracy. His present support for Egypt’s liberal opposition – that protests a lot but seems hardly capable of formulating concrete demands – shows that he still doesn’t get it.

In Libya the love for violence became yet more obvious. France and the US could have used their UN mandate to put some pressure on Gaddafi in negotiations. Instead they demanded surrender and never even considered negotiating. The almost euphoric reaction of Clinton to the murder of Gaddafi felt surreal to those remembering the murder of Ceausescu.

A common complaint in Northern Africa nowadays is that the politicians hardly bother to address the economic situation – which used to be the main issue of the protests. This is rather common for revolutions. It may sound nice to do away with all the old corrupt people and structures, but by doing so you create a vacuum that is filled by opportunists and political organizations that push their own agendas. In the maelstrom not only the original drive of the uprising gets lost but the revolt can degrade into something completely different from what its originators intended, as we saw for example in France (1789), Russia (1917) and Iran (1979).

It is common to demonize the old rulers during an uprising. But that can become a self-fulfilling prophecy. It is a much better strategy to address the elements in the elite that feel responsible for their country. Many sincere people are connected with the regime because they saw that as the best way to serve their country. And even many corrupt or violent people in the regime like to see themselves as serving their country. Smart protesters can exploit that to further their goals.

This way protesters have a better chance to achieve what they want – provided they know what they want. But if they are not able to formulate concrete achievable goals they will end up disappointed – no matter whether they succeed in overthrowing the government or not.

EDITOR’S PICK Voices from Tunisia two years after the revolution