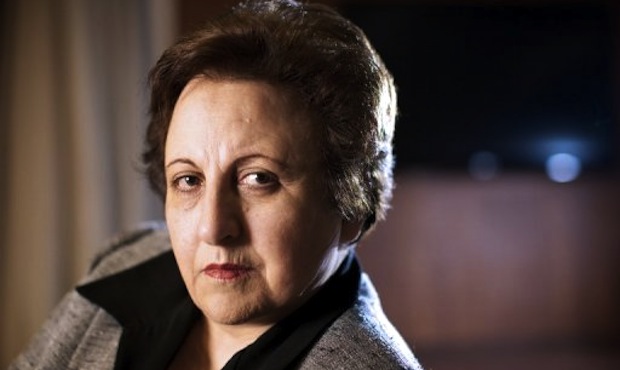 Your Middle East had a quick chat with the first Muslim woman and the only Iranian to receive the Nobel Peace Prize. She describes an Iranian regime that is becoming increasingly aggressive.

We meet Shirin Ebadi and her interpreter in Stockholm, where she has come to attend the call for nominations for the Edelstam Prize, which is given to people who have shown courage in the defence of human rights. This is an area well familiar to Ebadi, who was awarded the Nobel Peace Prize in 2003 “for her efforts for democracy and human rights.”

Iran’s first and only laureate of the prestigious award believes that the regime in her country has a very skewed definition of what democracy entails.

“Whenever democracy is mentioned the Iranian government says that we are the most democratic country in the world because every four years we have democratic elections.”

“This is not correct,” Ebadi says, explaining the vetting process where all candidates in the presidential election must first be approved by the Guardian Council. “Anyone who even slightly criticises the government will not be vetted.”

The Supreme Council is made up of 12 individuals, who are all either directly or indirectly appointed by the Supreme Leader Ayatollah Khamenei.

Ebadi doesn’t see the near future in a very positive light. The Iranian economy has been damaged badly and the government is becoming more and more aggressive. Meanwhile, there is a power struggle within the establishment.

“Not to mention the various tribes who are being prosecuted and have many grievances,” she notes, adding that the situation for women looks bleak as well.

“Currently we have some 30 female activists in prison. Every day the government is loosing more and more of its popular base and because of this it’s becoming more aggressive.”

A critic of the sanctions against the Islamic Republic, the famous human rights lawyer wants political rather than economic measures aimed at the regime.

She says political sanctions could assume various forms, including stopping Tehran from broadcasting to non-Persian audiences via the satellite operators Arabsat, AsiaSat and Eutelsat.

“In the programmes that the Iranian government is broadcasting…they are spreading hatred. It’s an incitement to hatred and you must put a stop to them using these satellites.”

Another example is the black list of Iranian officials who have violated human rights that has been compiled by the European Union.

“I think it should include more ministers and all these ministers should be banned from entering Europe. If they have any assets in Europe they should be seized.”

Ebadi is critical of how the West is adopting a harsh stance against ordinary Iranian citizens. She uses the Swedish Embassy in Tehran as an example.

“I’ve been approached by several Iranians who live in Sweden and have complained that their relatives are unable to come and visit because the Swedish Embassy is not giving them visas. Yet at the same time you seem to allow our ministers to visit.”

Currently in exile in London, Shirin Ebadi is certain that she will be able to return to her homeland in the future.

“I know that I will definitely return to Iran but as to when I can’t give you an exact date.”

THE LATEST Who will be Iran’s next president?