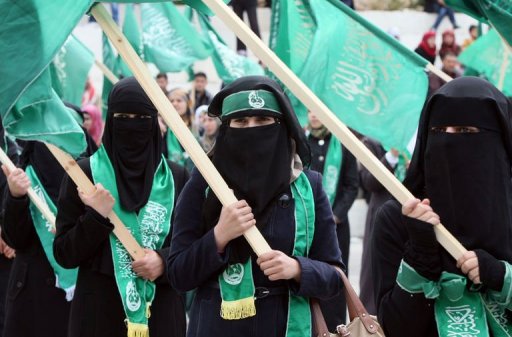 But entrenched animosity between the two sides, stretching beyond disagreement over Fayyad, suggested that any thaw in relations between Fatah and Hamas, which control the West Bank and the Gaza Strip respectively, would be slow.

In Fayyad’s first weekly radio address after resigning, the now caretaker premier called for “a general election as the only way to rebuild our political system and achieve our national goals,” namely statehood, which would first require intra-Palestinian reconciliation.

Hamas leaders met Friday in Doha, the base of the Islamist movement’s exiled leader Khaled Meshaal, saying they would discuss “Palestinian reconciliation and developments in the Palestinian arena following Fayyad’s resignation.”

A senior member of president Mahmud Abbas’s secular Fatah party, meanwhile, called on his leader to “hold consultations with Palestinian movements to form a national unity government and set a date for elections.”

Azzam al-Ahmed said Fayyad’s resignation a week ago, after an announcement by the elections commission that it was ready to carry out elections should they be called, was “favourable to… forming a national unity government.”

But Abbas’s Thursday pledge to launch talks “in the near future” on forming a new cabinet, despite what officials say is a two-week deadline to do so, avoided giving an exact date as the president prepared for a tour to Turkey and Europe.

In Turkey for two days from Saturday, Abbas will meet Prime Minister Recep Tayyip Erdogan who is set to visit the Hamas-ruled Gaza Strip in May.

“Any official, Arab, Muslim or foreign, who visits Gaza without reference to the legitimate Palestinian leadership is blessing and consolidating the division between the West Bank and the Gaza Strip,” Ahmed said in a separate interview with official Voice of Palestine radio on Monday.

And in a march in Gaza to mark Palestinian Prisoners’ Day on Wednesday, a speech by a Fatah-affiliated politician and an animated retort by a Hamas member underlined the root of the division between the movements.

After Hamas won a landslide victory in a January 2006 Palestinian general election, the West mounted a boycott of the movement.

Bickering with Fatah culminated in the formation of a unity government in 2007 but that collapsed in bloody street fighting in Gaza just months later.

The two movements signed a reconciliation deal in Cairo in 2011, pledging to set up an interim consensus government of independents that would pave the way for legislative and presidential elections within 12 months.

But implementation of the accord stalled over the make-up of the interim government, and a February 2012 deal signed by Abbas and Meshaal in Doha intended to overcome outstanding differences was opposed by Hamas members in Gaza.