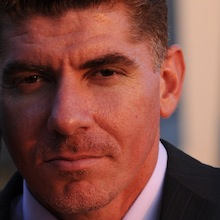 “Fight in the cause of God those who fight you, but do not transgress the limits; for God loves not the transgressors.” – Holy Qur’an, Surah II, verse 190.

The meaning and purpose of Islamic jihad has been a hot topic for debate amongst scholars, historians, government officials and the media primarily in Western circles, receiving renewed attention in light of the recent Boston bombings.

Past one-sided narratives by critics and a perceived nonchalant attitude by some Muslim scholars have seemingly not achieved the level of effectiveness necessary to educate people regarding the true essence of Islamic jihad and the contexts within which it must operate. In order to facilitate such an understanding it is imperative that facts and arguments based upon them are impressed on the audience.

For all intents and purposes facts must be understood within a religious context. Diatribes and emotion-based rhetoric may seem entertaining; however they cause audiences to become emotionally involved and may ultimately lead them to take sides, thereby losing sight of the purpose of the debate.

For this reason, it is necessary to make available to the public literature what is stated in the Qur’an with regards to jihad and how, when, where and why it is applicable as described in this revered text. Such an effort will provide a simple and clear source of understanding of the subject matter. Whether or not one believes the literature is irrelevant; the point should be understood that Islamic jihad is defined in detail in Islamic texts, and anything contrary is a deviation from the doctrine and must not be associated with it.

The Arabic term jihad, short for jihad fi sabil-ilah, literally translates as a struggle in the cause of God. Struggling in the cause of God is an endeavor highly elevated within all three Abrahamic faiths. Within Islam it is done in several ways, each operating within its contextual mandate. To understand this one must note that although jihad has a single basic definition, its application varies. The Qur’an teaches Muslims that any endeavor intended to alleviate the suffering of a people is considered a jihad. Feeding the poor, providing medical assistance, defending against a bully, building a road, defending one’s country or family, seeking and teaching good knowledge and striving to improve one’s self are some examples of jihad. The focus here is on three levels, the personal, the verbal and the physical jihad.

The personal jihad is the best struggle to undertake. Evidence of the significance of this can be understood from a statement Islam’s Prophet Muhammad (pbuh) made to his army. Upon returning from a battle, the Prophet (pbuh) stated: “You have returned from the lesser jihad, now the greater (more important) jihad; the effort to conquer the forces of evil in oneself and in one’s own society in all the details of daily life.”

To Muslims the personal jihad is an obligation and a soul-searching endeavor in which they find themselves in daily battles against their vices. The jihad is both subtle and overt. It is an intimate struggle within oneself between good and bad for the seemingly elusive objective of achieving inner peace and equilibrium in life and in accordance with God’s mandates. A Muslim must strive for perfection in all activities despite the obvious fact that it is unattainable. Struggling for perfection makes one that much better every day and facilitates the jihad against internal vices.

The verbal jihad demands that Muslims pursue justice and speak out in the name of God against injustice, suffering and misguided leadership. The concept of this jihad is to use the Qur’an and the teachings of the Prophet (pbuh) to seek justice through words and non-violent actions. Education is an important element of this struggle. On one occasion, the Prophet (pbuh) of Islam taught that: “An excellent jihad is the speaking of truth in the face of a tyrant.” In Islam, truth is unremitting. It transcends all laws, philosophies, ideologies, cultural practices and internationally accepted norms.

The physical jihad, the most talked about, most misunderstood and most misrepresented form of struggle is the last of the three. It is understood to be a military venture. To engage in this jihad, one must first exhaust all means of non-violent struggle in defense of justice. The physical jihad must be used as a defensive measure and can only be directed at the aggressor and those in collusion (if they pose a potential or active threat).  Once the objective has been achieved, hostilities must cease and reconciliation should be initiated. During a physical jihad, Muslims are required to observe rules of engagement that clearly state women, children, the elderly and animals are not to be targeted as long as they are not actively participating in the fight. Contrary to what many in the West believe, the concept of ends justifying the means is never a consideration in Islam. It is not permissible to destroy the infrastructure or means of survival of the opponent. According to Islamic law, jihad against civilians and non-combatants is a grave sin.

It is incumbent upon people to understand that the popular misconception about the role of jihad arises from misinterpretation of select verses from the Qur’an. Failing to understand a principle within its context can have serious consequences when that “knowledge” is disseminated to the public. But who dictates the context of religious doctrines?

Muslims believe God provided the rules on living life and the framework in which to apply them. Interpreting the Qur’an is left to the scholars of Islam who rely upon the written and oral teachings of the Prophet (pbuh) and in some instances upon the analysis and experiences of his immediate disciples. An interpretation cannot be approved if it does not align with the examples set by the Prophet of Islam (pbuh). So why not trust the Muslim scholars and their interpretations regarding jihad? Why not give them the same credence that an expert in any field is entitled to? Is it not the general understanding that in any religion there is always going to be an extremist element that deviates from the principles of the religion? It is usually this extremist faction that gains media attention for their activities and not the majority of the law abiding followers of the religion.

The purpose of a journey will play a significant role in defining its outcome. If one asks questions and seeks knowledge for the sake of truth, then the individual will most likely find and comprehend the truth, however long it takes. However, if knowledge is pursued with sinister motives, then the outcome will be what one wants it to be. Why is jihad misunderstood by the public? Several factors contribute to this including:

1. People are generally lazy when it comes to researching an issue themselves; they would rather rely on someone else’s “information” in order to formulate an opinion;

2. Media professionals have a significant amount of clout when it comes to influencing their audience; they’re on TV so they must be right;

3. The general mood of a people at any particular time usually dictates their understanding of an issue. We are human and as such, we can be extremely vulnerable to making judgments based on our emotions and not upon facts;

4. That which is foreign to us is either irrelevant, untrue or not completely accepted as true, or is “their” truth as long as it stays with them and does not challenge our understanding of issues.

The general understanding is that human beings are good and mean well, regardless of their faiths, cultures or ethnicities. So why not put this belief to practice? Why not defer to and accept authoritative Muslim interpretation of Islamic texts for proper context and relevance instead of maligning their efforts as not being forthcoming and not aligning to popular misperceptions already imbedded in Western psyche; surely Muslim scholars do not intend to mislead the entire Muslim body? The consequences, both spiritual and social, are a burden no scholar worth his salt will intentionally seek to bear.

EDITOR’S PICK The Muslim Guy on Islamic Pacifism, Jihad and the ‘Clash of Knuckleheads’