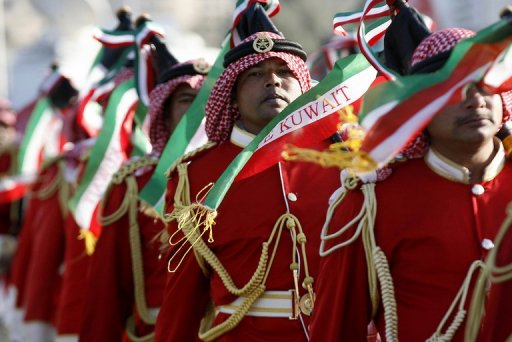 Yes, something about Kuwait is very concerning, which is better described by the word ‘lackadaisical.’

Kuwait is a tiny speck on the map, but at the same time one of the richest countries in the world. Considering the enormous wealth that Kuwait possesses, one would hope that it has become a well-known and bustling Arab hub. Unfortunately this has never been the case.

Kuwait is ‘unknown’ to the outside world. I realised this after I left. My friends and others I met kept confusing Kuwait for Saudi, I was shocked, they just couldn’t ‘remember’ the name Kuwait.

Yes, there are many who know Kuwait. But the usual statement is “Oh yes! Kuwait – Saddam attacked it.” And my reaction will be “Yes, the Iraqi invasion.” Is this all it should be known for?

Some might argue that these are naive statements from disinterested youngsters. But not really; when I was in the UAE last year, working as an intern at a research foundation, my senior colleagues expressed worrying comments about Kuwait. While driving back home, my senior, an Australian, said to me, “There is absolutely no research going on in Kuwait.” Another senior, a British, commented, “So what is happening in Kuwait? It still seems to be living in the 1980s.” I gave an obedient nod.

Unfortunately these statements about Kuwait are quite true. Be it the market place, the airport, the buildings – Kuwait is still almost the same place I was born in twenty-four years ago. In fact the airport has become duller, the Fahaheel market has become shabbier and the dress sense of Kuwaiti women, once the envy of women in Arab countries, seems to have deteriorated too!

Considering the huge amount of wealth that this Arab country possesses, it should be able to make a name for itself in areas like education and health. It should have been decorated with the most glamorous markets, attractive buildings, exciting beaches, and a bustling airport. However, it provides little of this, instead mediocrity is the word that best defines Kuwait.

Kuwait needs to bank itself upon something else than oil. It needs to market itself effectively and come out of “the country that Saddam invaded” image. For an Arab country, which is immensely privileged, it should be disturbing to be confused for Saudi, remembered only for Saddam, and at its best be recognised simply by its oil wealth.

Few years ago an article in an UAE based newspaper The National stated, “…where some fear a lackadaisical society is threating the country’s identity”, referring to a lack of work ethic in Kuwait. This might be the actual problem as well as the solution. However, this lack of work ethic is also faced by two other very rich countries – Qatar and the UAE. Yet, they are still known for Al Jazeera and The Burj Khalifa.

Hopefully the current Arab upheaval will arm-twist Kuwait to deal with their lackadaisical approach more seriously. It’s high time for Kuwait to wake up and smell the coffee! Catch up with rest of the world or be left behind.

Arshiah Parween is an Indian born and raised in Kuwait. As a Middle Eastern enthusiast, her research interests revolve around women issues and education in the region. You can contact her via arshiah.parween@gmail.com.

The view expressed in this article are the authors and do not correspond to the views of Your Middle East.