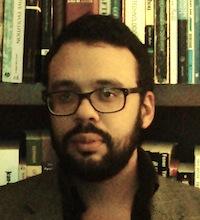 In a letter responding to inquiries by Arizona Sen. John McCain, a hawkish advocate for U.S. intervention in Syria for the better part of two years  (independently of the “chemical weapons” question, which is merely his latest pretext for U.S. involvement), the White House stated that there is intelligence suggesting that chemical weapons have been used in Syria. McCain interpreted this as an admission that the al-Asad regime has crossed the President’s “red line,” confirming long-held assertions by the British, French, and opposition activists—as well as recent Israeli “intelligence.”

According to McCain, the U.S. is left with no credible option except to intervene; a number of other congressmen were quick to jump on that bandwagon.

It is troubling that all of the groups endorsing this intel have an interest in getting the U.S. more deeply involved. Like McCain, France’s Hollande has been a staunch and long-time advocate for international intervention. In Nov. 2012, Britain began moving towards a no-fly zone. Last month, Britain and France declared their intention to begin arming the rebels, defying EU embargoes which forbid this, and showing a total disregard for  the UN’s call to the Arab League and their Western allies to stop providing arms, supplies, and training to the rebels.

Israel has been quietly pushing the U.S. towards intervention since August 2012.  So it should not be surprising that these same groups find the “evidence” of Syrian chemical weapons use highly credible: the intelligence has been heavily politicized. Having reviewed all of the evidence, the U.N. declared that it falls well-below appropriate standards. A review of the Obama Administration’s letter reveals why:

According to the White House, the intelligence suggests “with varying degrees of confidence” that chemical weapons have been used in Syria—however, it is unclear under what circumstances these weapons were deployed, or by whom–although the Administration assumes it would have been the Syrian government who used them. One small problem: the regime has absolutely nothing to gain in resorting to these tactics. Contrary to the media rhetoric, the al-Asad regime is not desperate or on its “last legs.” In fact, it has been steadily gaining ground for months, ever since they decisively crushed a major assault on Damascus in December 2012. The very last thing they would want to do is upset this momentum or risk increased foreign intervention for the sake of killing dozens in a “small scale” attack. They do not need chemical weapons, at the moment.

However, due to this very momentum, paired with their own growing irrelevance within the opposition, the SNC and FSA are in desperate need for more support. They have long been demanding heavy weapons, a no-fly zone, and greater logistical assistance. They immediately seized upon the White House letter to renew their demands. The problem? The “physiological evidence” cited in the letter  was provided by the FSA—that is, by the very people trying to leverage this intel into arms and support. For this reason, the Administration acknowledged problems in the “chain of custody” of the evidence–showing a sensitivity to public distrust after the Iraq invasion, even as the disclosure of the letter to the press was intended to get the public accustomed to the idea of an intervention.

Part of the problem with “red line” talk is that it could even incentivize the rebels to deploy chemical weapons and blame the regime in the hopes of spurring Western intervention. The regime has repeatedly accused the rebels of attempting this. Setting “red lines” for intervention creates these moral hazards, even as the Administration’s rhetoric increasingly paints them into a corner on how to respond to these events. Of course, if CBS News is to be believed, the U.S.-led  ”master plan” to take Damascus is already underway (since well-before the current controversy), with up to 20,000 US troops being prepared for deployment, rendering it somewhat irrelevant vis a vis U.S. intervention whether or not the regime deployed chemical weapons. But for the record, they probably didn’t.

MORE BY MUSA: Breaking the literal and rhetorical stalemates in Syria