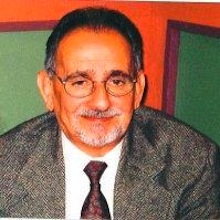 Increasingly, now that Political Zionism has succeeded in reaching its objective in securing a Jewish State in Palestine, Israeli scholars armed with documents recently de-classified by Israel have been exposing and even criticizing some of the more egregious actions perpetrated by the nascent state to acquire territory reserved for the Palestinians; some have also acknowledged the corresponding cleansing of its native, non-Jewish population by way of massacre, expulsions and torture.

However, what still begs to be exposed and discussed is the collateral damage their determination to create a Jewish state in the Middle East has caused to the region’s apolitical, innocent autochthonous Jewish populations; and coincidentally, also to that of the larger communities of autochthonous Christians in the Arab states. The committed nationalist Political Zionists may not have been expected to care about the impact their objective may have on Palestinians and Christians in the Middle East, but how can they have been so cavalier about the tragic consequences their geostrategic interests were bound to have on the safety and wellbeing of the Jewish communities in the Arab World?

CONTEXT Christopher Dekki: The Semites – a family in need of a reunion

The movement that grew into the World Zionist Organization was exclusively Ashkenazi; and so were the worldwide Zionist organizational and institutional network, the financial power behind it, the international lobbying and arm-twisting carried out by its agents in strategic world capitals, and the actual military struggle that led to the establishment of Israel. Political Zionism was conceived as a reaction to the precarious status of European Jews in Eastern Europe, and to the social and political insecurity related to it, not to the condition or needs of Jewish communities in the lapsed Ottoman Empire. In Europe nationalism and national identity inspired passion and patriotism, and sparked divisions, hatred and wars; not so in the Middle East where, despite having been propagated in Egypt during the Napoleonic expedition, it remained largely inconsequential and directed against the colonial occupation. In the Middle East confessionalism, a system based on the Ottoman’s inspired Millet system, defined nation and personal identity, not racialism and nationality.

Conceived in Europe by anti-assimilationist Ashkenazi Jews in reaction to anti-Semitism, or to what Pinsker referred as “Judeophobia,” Political Zionism was in fact consistent with the racialist, nationalist and colonialist currents sweeping Europe during the second half of the Nineteenth Century. Indeed both European anti-Semitism and Jewish anti-assimilationism were directly related to racialism and national identity.

It was under these circumstances that In 1861 Moses Hess, an associate of Karl Marx rejoined the prevailing weltanschauung in Europe and abandoned the Marxian concept that class struggle and economic disparity determined History, attributing it, rather, to race and nationality. In the course of his intellectual reinvention, he also rejected assimilation as a solution to the Jewish Problem, arguing in a then little noticed book, Rome and Jerusalem, that “Jewish nationalism and the reconstitution of the nation in its ancient homeland, were the unique ethical and religious genius where the race could flourish.” His book, Leo Pinsker’s Autoemanzipation, and Theodore Herzl’s Der Judenstaat provided Chaim Weizmann and Lord Rothschild with additional arguments during their strenuous campaign to convince the British Government of the value inherent in the promulgation of the controversial 1917 Balfour Declaration. This diplomatic accomplishment was later axiomatic in convincing the international community that their claim to a Jewish state in Palestine had been legitimately guaranteed by the then legal Mandatory Power in Palestine. As expected, that claim was rejected in the region as being incompatible with the Wilsonian inspired concept of self-determination, a Jus Cogens and cardinal principle of modern International Law.

In the Muslim Middle East, up to the middle of the Twentieth Century, nationalism and anti-Semitism were for the most part alien notions; besides, autochthonous Jews and Christians were part of the social and political fabric long before the advent of Islam; furthermore during the infamous Spanish Inquisitions Sephardic Jews were invited by the Ottoman Sultan to escape violence and settle in his empire. In the Ottoman realm and in its successor states Jews had always contributed to social, economic and political life. Nevertheless one must note that despite tolerance and respect of religion, all had not always been so perfect in the Ottoman Empire, as ugly massacres of Armenians prevailed intermittently during the late 19th and early 20th centuries.

To the extent that the creation of a state for the Jews was Zionism’s prescriptive solution to Europe’s Jewish Problem, the program can be considered to have somewhat succeeded, but not without some serious collateral civilian damage in the Arab region, and grave repercussions in international politics. Indeed Political Zionism was in inspiration, conception and objectives, fundamentally a singularly Ashkenazi ideology. Motivated and fueled as it was by 19th Century European ideological currents, it was dissociated from, and some say unconcerned about the safety, needs, circumstances and interest of the over million autochthonous Arabic Jews – Mizrahi, Yehudim Aravim and Sephardim.

RELATED READING Naava Mashiah: Will Israel ever be part of MENA?

The Zionist leadership seemed to have been even less concerned about the eventual consequence of their policy on the over million Palestinians; and even less about millions of Christians who, together with Jews, historically coexisted serenely with their Muslim neighbors. But one might wonder, in light of the statement that Palestine was “a land without a people for a people without a land,” if there was among committed Zionists any concern about the consequences of their program on the fate, interests or rights of people living there. Even the Balfour Declaration, a British edited Foreign Office version of an original text submitted to it by Chaim Weizmann, refers to them anonymously as the “local populations.”

Indeed, only some 8,000 Arabic Jews remain in the Arab Middle East, in near total isolation. Most of their nearly million co-religionists were driven into exile, losing livelihood and wealth; they are scattered throughout Europe, the Americas and Australasia – some after unsuccessfully trying to settle in Israel, where they encountered scorn, humiliation and discrimination by the Ashkenazi elites. Despite the hardship associated with forced exile and dispossession, many of these Arabic Jews, now elderly, continue to feel nostalgia about their lost Middle Eastern way of life. Some of their nostalgic and emotional reminiscences have been published, and many more family memoirs are circulating these days on the Internet.

Sadly, except for scholarly and political interest by Ella Habiba Shohat and a handful of other scholars, little academic research has been conducted on the fundamental causes of this Jewish tragedy; the singular reason advanced by Israel and the media has been anti-Semitism and the countries, where they resided, blamed for it. So much therefore remains to be researched on the trials and tribulations the Arabic Jews endured, and the issue may very well provide challenging topics for Ph.D. dissertations.

Sadly, even less scholarly research has so far been carried out, and even less attention given by the media to the impact of the creation of the Jewish State on the once significant and varied autochthonous Christian Middle Eastern communities. Like Judaism, which was born in the Egyptian Sinai desert, Christianity was revealed in Palestine; both are therefore native to the region and the product of Middle Eastern Semitic spirituality. Until the rise of Islam in the 7th Century, Christianity was in its multiple expressions, the popular religion of the multitude of ethnic and linguistic communities in the Middle East.  Around 1950, at least 20% of MENA’s population was Christian. Because of their familiarity with and openness to modernization and progress, these Christians successfully facilitated the spread of Western education, culture, arts, values and modes of living. They animated a multi-lingual media, and fostered commerce, industry, travel and study abroad. With Western expatriates and immigrant Jews, they were a modernizing socio-cultural powerhouse that energized and transformed the Middle East from a generally passive and tolerant traditional Islamic society into a slice of Europe.

Just as the creation of Israel implicated the local Jews as that country’s agents turning them into undesirables, so has the West’s endorsement of Zionism raised questions on the real allegiance of the Christians, confusing them with the hated colonial establishment and the Zionist movement, and leading to their being perceived as their proxy, thus triggering conditions that forced millions to emigrate to Europe, the Americas and Australasia. Today, beyond the remaining tenacious, nationalist Copts of the Nile Valley, only a scattering of autochthonous Christian communities and sects remain, mostly in the Levant.

If the views herein presented should withstand scholarly scrutiny, it may very well be appropriate to postulate that the pioneers who egotistically created the Jewish State, and the governments that supported them, share a heavy responsibility for the catastrophic demographic de-Judaization and de-Christianization of the Arab world, as well as for the corresponding catastrophic social and political dislocation and instability that has favored Islamic Anti-Western fanaticism and fostered Jehadism and transnational terrorism. And so history may someday conclude that the creation of the State of Israel was not one of the positive accomplishments of the 20th Century, but one of its major geopolitical blunders.