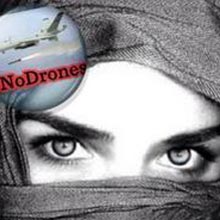 We the people of the Middle East were jubilant when you won the elections the first time and became president, because you had promised change. You gave us all hope that a different policy towards the Middle East is possible when you gave that remarkable speech at Cairo University. You said and I quote “I am convinced that in order to move forward, we must say openly to each other the things we hold in our hearts and that too often are said only behind closed doors. There must be a sustained effort to listen to each other; to learn from each other; to respect one another; and to seek common ground.”

Hence, I am writing you this open letter not knowing if it will even reach you, yet hoping that somehow my words eventually will. I write to you this letter as a Yemeni citizen whose country has been subject to multiple drone strikes for the past four years since you took office. Experts and activists have written, spoke, tweeted and blogged extensively about their rejection to the use of drones in targeting suspected militants and how it is counterproductive.

All Yemenis are against terrorism and condemn Al-Qaeda, yet are also against the violent and unethical use of predator drones in combating them. We are against the death of civilians, whom you refer to as collateral damage in the “war against terror.”  We are against the long-term effects on their communities and their lives. We are against any extrajudicial killings. What happened to “the suspect is innocent until proven guilty”? Why are “suspected” militants all sentenced to death by a remote control? Why can’t they be captured instead, when they can easily be so? And why don’t they deserve a just trial?

Your CIA Director and former counterterrorism advisor John Brennan said in his speech last April at the Woodrow Wilson Center that drone strikes are “ethical” because of “the unprecedented ability of remotely piloted aircraft to precisely target a military objective while minimizing collateral damage; one could argue that never before has there been a weapon that allows us to distinguish more effectively between an al Qaeda terrorist and innocent civilians.” I beg to disagree and so would the families of many innocent civilians whose loved ones have been killed by drone strikes in Yemen, Afghanistan, Pakistan and Somalia.

You might believe that drone strikes make the US safer because a few key targets were killed, let me assure you that there is more hostility now in Yemen against the US because of these attacks. They have not stopped al-Qaeda, but have rather helped them expand and gain sympathy. Despite our President endorsing the use of drones, many of us in Yemen strongly reject them and consider them a violation of our country’s sovereignty and disrespect to the rule of law. The drone program is “terrorizing” my people and is having counterproductive long-term effects. Not only does it kill and injure innocent civilians, it also traumatizes the entire population. One never knows where the next drone will strike nor how many innocent victims it will kill.

The strikes from Predator and Reaper drones firing powerful hellfire missiles caused the deaths and injury of many civilians, including women and children. They have devastated many lives and destructed and demolished many homes in my country.

Dear President Obama, violence only breeds more violence. The US counter-terrorism policy in Yemen needs to be re-evaluated by addressing the socio-economic underlying causes that produce terror, rather than focusing solely on the fight against Al-Qaeda and continuing with the drone attacks, which kill innocent civilians, alienates, angers and aggravates the general Yemeni public and gives extremists a motive to join militant groups. Yemen needs development and democracy not drones to counter terrorism. Work with Yemen to eliminate the root cause of extremism; do not exterminate its people.

Finally I would like to conclude that continuing the current counter terrorism policy is disastrous not only for my country Yemen, but for other countries as well, suffering from the extensive use of lethal drone strikes which illegally and immorally kill many lives and greatly increases resentment towards the US. The use of predator drones as a counter terrorism policy is not in the interest of the American people, and it surely is not in the best interest of the people of Yemen.