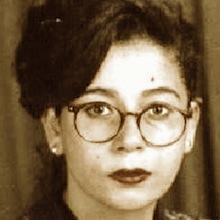 That statement first came from Dr. Amar Ali Hassan, one of Egypt’s leading experts on Islamic movements. Amar was murmuring those few words, which were later expressed in more detail by myriad activists and politicians to fill up the polluted air in Cairo.

The degrading political and ethical performance of the Muslim Brothers came as a surprise to millions in this country, including some of its own members who preferred to resign and take a stern stance against the group. The uncalculated, contradicting and sometimes illegal decisions taken by the presidential establishment – practically run by the Muslim Brothers Guiding Bureau – have become a daily joke among many Egyptians, echoing the miserable living conditions they have experienced.

Moreover, the glaring attempts to empower the MB members in the state’s institutions have instigated a war of salvos among the elite, not to mention the daily demonstrations of young revolutionists who have been paying with their lives to oust the former and current presidents.

Hamdeen Sabahy, a former presidential nominee and Head of the Popular Movement, said that the Muslim Brothers regime is a continuation of the Mubarak system.

“People have not elected the MPs to suffer from high food prices, lack of power, and the return of the obnoxious tight grip of the security apparatus which killed imprisoned and tortured hundreds of the young activists.”

According to Amr Hamzawy, Head of the Democratic Party, the ‘state of no-rule’ or the absence of the state’s role in Egypt has been the MP’s means to control the country, which might lead to a disaster. The state’s establishments are not playing their traditional role in securing the peoples’ living standards, but rather focus on securing the regime. Building the political system within the context of unfairness, lack of transparency, the violation of human rights and marginalizing other political movements in favor of the MPs seem to be different facets of what Hamzawy described as the ‘no-rule state’.

The current regime has had several run-ins with the judiciary over powers and edicts which brought to light what Ahmed Al-Zend, Head of the Judges Club, described as the box of MPs empowerment; the media, the judges, the army and the police. During the past nine months, the Muslim Brothers have harshly been trying to silence the media, marginalize the judicial authority, contain the army and politically mobilize the police against the opposition.

Meanwhile, the Muslim Brothers’ regime has pursued its plan to inject the group’s members into the state’s muscles, leaning on the US support which was pronounced by Secretary of State, John Kerry, who offered a $150 million aid package to help the ailing economy in Egypt. But Tamara Cofman, a leading American researcher, believes that when it comes to the US policies vis-à-vis this country the saying goes that “it is not economy stupid – it is politics.”

This year’s budget deficit has swollen by nearly one-third

Dr. Ibrahim Saad Elddin is the Head of Ibn-Khaldoun think tank and one of the few Egyptian intellectuals with close contacts to the White House. Ibrahim quoted Kerry when he visited Cairo recently as saying that Americans made a big mistake when they supported the Muslim Brothers. Kerry said, according to Ibrahim, that the administration was shocked of the MPs mismanagement of the transitional period and their inability to fulfill their promises both internally and externally. Ibrahim said that the US is currently looking for an alternative to the Muslim Brothers in Egypt. The army might be given the green light to be reinstated and General Ahmed Shafique, the former Prime Minister of Mubarak’s regime and a former presidential nominee, stands a good chance of coming back from Dubai to run the country, Ibrahim hinted.

But the Muslim Brothers who felt the heat, knew that Egyptians are sensitive to American involvement in their internal affairs and that ousting the military rule is one of the big achievements – if not the only one – of the January revolution. Yet, instead of developing a pool of political allies, they launched a campaign to boost the nation’s battered economy by collecting loans. To save Egypt from imminent bankruptcy, President Mohamed Morsi went as far as Russia to get loans and wheat.

Proving the motto “It is not economy stupid – it is politics”, the IMF mission seemed reluctant – when visiting the country some weeks ago – and thus decided to meet the oppositional heads allied in what is now known as the ‘Salvation Front’. Although members of the mission had not said much during those meetings or in public, they listened carefully to the proposals and the terms presented by Hamdeen Sabahy on how to manage the $4.8 billion dollar loan. The step, which became the talk of the town for days, showed that the IMF will take a longer time to approve the country’s request, which some of the Fund’s local experts here say might go beyond the end of 2013.

Struggling on for the rest of the year without the IMF loan practically means that the government has to endure a summer of power cuts and fuel shortage rather than risk an explosion of unrest by implementing subsidy cuts and tax rises before the parliamentary elections in October. Thus, the economy bears some real elements of the political truth –ignoring those will come with devastating risks.

This year’s budget deficit has swollen by nearly one-third from the originally budgeted 135 billion Egyptian pounds ($19.65), highlighting the scale of fiscal slippage. Yet, loans are not the right answer. When President Morsi got the $3 billion loan from Qatar and an additional $2 billion from Libya, the Central Bank stated that the country’s foreign debts hit $38.8 billion.

Wondering why in a ‘democratic state’ people are looking forward for the army to help them, Mohamed Hasanein Hykel, the Godfather of Egypt’s journalists, said that the Muslim Brothers proved incapable of running this country. It is hard to believe that Morsi will continue ruling when he is trying to instigate a civil war. His attempts will fail and ultimately lead to his downfall.