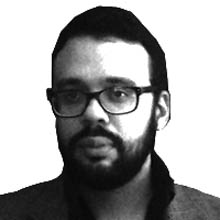 For some, Middle Eastern politics is easily described by given allegiances on the basis of religion and ideology. But according to Musa al-Gharbi, we must learn to look beyond superficial dichotomies.

Much of the popular discourse surrounding the turbulent struggles underway in the Middle East and North Africa (which will inform the dynamics of the region and the world for years to come) is animated by dichotomies such as “liberals v. Islamists,” “moderates v. extremists” which are ultimately just euphemisms for the 9/11-era “Clash of Civilizations” narrative; the analytic fetish with the Sunni/Shia divide is  equally problematic.

As opposed to binaries like these, which obscure more than they elucidate even as they narrow and polarize the discourse—for those interested in understanding what is really going on in the MENA region, the following nuances may be of use:

Throughout the Islamic world (which transcends the Middle East and North Africa: Islam is the world’s 2nd largest and fastest-growing religion; most the world’s Muslims are non-Arabs who live outside the MENA region), and across Islamic sectarian alignment, there are a number of debates underway about the role of religion relative to the state: what (if any) political authority should religious authorities wield? Should the sharia be understood as a singular code of rules or a set of guiding principles from which codes are derived? Should it be instantiated uniformly in all Muslim societies or is it a living corpus which should inform and be informed by the particular historical social, and cultural contexts of believers?  How much of “traditional” Islamic culture is merely reflective of Arab culture and history which need not be intrinsic to Islam? How can the two be authentically separated? What sorts of cultural and social models are most compatible with Islamic values and mandates? How can Islamic values change or inform how political and financial institutions are (re)structured? What are the implications of these discussions for non-Muslims? How can believers engage as Muslims with pluralistic societies or societies in which they are minorities (often more feared and distrusted than other minority groups)?

The people of the MENA region must, themselves, reject these binaries

As Islam serves as the cultural and historical center of gravity for the MENA region, even for non-Muslim intellectuals such as Michel Aflaq  and Edward Said, the (ever-evolving) answers to these theological questions will certainly inform and be informed by the ideological and geopolitical struggles simultaneously underway.

The people of the MENA region are also sorting through and (re)prioritizing the identity frames of tribalism, nationalism, sectarianism, and cosmopolitanism/globalization. There is a tension on how to best translate the rich cultural heritage of the MENA region into contemporary societies, drawing from this legacy to find new solutions to contemporary problems. Accordingly, there are technical questions as to what the most effective means of ordering social and economic institutions are in particular contexts. There is an ongoing struggle to confront and transcend the legacies of violence and exploitation resulting from imperialism, colonialism, and (ongoing) foreign meddling—and the divisions, fear, and mistrust left in the wake of authoritarian regimes, indigenous civil wars and long-standing historical grievances.

And although there is overwhelming agreement, from men and women alike, that Western gender norms are unappealing, there are profound questions which remain about the role of women in contemporary MENA societies.

Layered on top of these ideological and theological dilemmas is a set of major geopolitical struggles—primarily between the Muslim Brotherhood, the “Club of Kings,” the Axis of Resistance, and al-Qaeda.  Currently, the energy is with the Muslim Brotherhood, who has made enormous gains throughout the region over the course of the Arab Spring, and who comprise the primary opposition blocs in the monarchic states. However, as the Brotherhood and its affiliates have generally failed to deliver on the economic and political justice they have been long-promoting—there is a widespread belief that their momentum may soon be reversed.  While it may be that a backlash is coming against the Brotherhood, the results of such a shift would be unpredictable. The notion (reliant on reductive binaries) that the Brothers will be replaced primarily by liberal and/or secular candidates is as ethnocentric and insulting as it is unrealistic.

Al-Qaeda affiliates have also garnered a good deal of prestige and new recruits—as well as funding, arms, and provisions—through participating in the civil wars in Libya, Mali, and Syria. The large swaths of ungoverned zones have given them unprecedented autonomy and flexibility. And while there is a mutual vendetta between the Gulf kingdoms and al-Qaeda, the latter is funded almost exclusively by wealthy private citizens from said monarchies.  Moreover, nationals from these countries comprise the bulk of the fighters for the organization (albeit in external theaters, for now). While the monarchs  have hitherto survived the waves of unrest which destabilized most of the region’s longstanding dictatorships, most of these emirates are under considerable internal strain. In the medium-to-long term, the alternative ideologies of the Brotherhood and al-Qaeda, when paired with indigenous political, economic and demographic challenges—these border on existential threats for the kingdoms of the MENA region.

The ”Axis of Resistance” (Iran, Hezbollah, Hamas, the al-Asad regime in Syria, increasingly the al-Malaki regime in Iraq) defines itself in opposition to Israeli and Western encroachment. They also serve de facto as a vanguard protecting religious minority groups in the region, albeit primarily the Shia. However, this coalition is facing a severe crisis in Lebanon, Syria, and Iraq—struggling against the monarchs, al-Qaeda, and in many theaters, the Brotherhood.  Despite these challenges, they stand to make inroads against the monarchs and their allies in the majority-Shia nation of Bahrain, whose population is ideologically and religiously more naturally aligned with the Resistance bloc than with the other major players.

There are a few significant actors who do not fall neatly into these groups: while Qatar is a monarchy, they are incredibly close with the Muslim Brotherhood, often advancing their regional agenda through the state-owned al-Jazeera platform. Similarly, while Hamas has long been considered part of the Resistance bloc, they are an offshoot of the Muslim Brotherhood, and have come into increasing conflict with the rest of the Axis over Syria. Turkey is hoping to cultivate an ideological and geopolitical alternative to these blocs with appeal across the region in a bid to become a regional superpower.  And while all of these players are extremely critical of Israel, especially on the issue of Palestine—Jordan, Turkey,  Saudi Arabia and the UAE have been developing a strategic defense partnership with the U.S. and Israel to help contain the Axis and al-Qaeda; many of these countries also have long-standing economic partnerships with Israel, particularly in relation to scarce resources such as water and energy.

And these are just some of the internal struggles in the region—which feed into and are fed by the geopolitical struggle of the United States and the EU facing an insurgency led by China and Russia in reshaping the global balance of (military, economic, cultural) power. In the Mideast, the West is primarily aligned with the monarchs, sharing their suspicion of the Brotherhood and their fear of al-Qaeda and the Resistance bloc—however, France has also been on the forefront of pushing for intervention in its former colonies of Libya, Mali, and Syria. Russia is primarily aligned with the Resistance, with increasingly deep ties in Iran, Iraq, and Syria. China is being drawn further into alignment with Russia due to their mutual pragmatism and distrust of Western interventionism. Moreover, China is in steep competition with the U.S. and E.U. over Africa and was particularly upset by the intervention in Libya which transferred a number of contracts from the Chinese to the E.U., Qatar, and the U.S. (under the auspices of compensating these nations for their “help” in “liberating” the country).

We have not even addressed here the role of transnational institutions and corporations, nor how these conflicts play out across Central Asian countries like Afghanistan and Pakistan. And we have only focused on a few (of many) major regional trends without consideration of the (perhaps more) critical economic, social, and technical issues indigenous to particular countries or sub-regions. But notice that none of these complex theological, ideological and geopolitical struggles can be meaningfully reduced, individually or collectively, into the popular dichotomies of “moderates v. extremists,” “Sunnis v. Shiites,” or “liberals v. Islamists.” In fact, there is no universal or static framework to appeal to. Within each of these categories there is overlap and shifting; alliances across categories are borne-out in unpredictable ways. The issues which are most important vary geographically and chronologically.

Accordingly, politicians, academics, and media analysts need to begin discussing these issues in more realistic and responsible ways—and readers should learn to immediately ignore analyses which appeal to reductive binaries. Only through introducing nuance and specificity can one develop a good understanding of what is happening, why, and how events may develop—allowing external actors to form coherent, effective, and beneficent strategies vis-à-vis the Middle East and North Africa.

Moreover, the people of the MENA region must, themselves, reject these binaries which have been imposed upon them, and which many have regrettably internalized only through being self-conscious of what is at stake can the people engage with and make progress on the significant issues of the day, as opposed to petty disputes which keep the region weak and divided––unable to fundamentally reorder the structure of its own societies, let alone reconfiguring the global order.