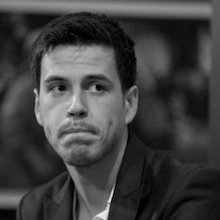 What began as a mildly worded petition calling for moderate political reform in March 2011 has manifested into a situation that has cultivated an ever growing political opposition, writes Rori Donaghy.

When authorities in the United Arab Emirates passed the Cybercrimes Decree in November 2012 it was decried by human rights groups as being a repressive piece of legislation that was an attack on free speech. The law criminalised the use of information technology to criticise the government, in a clear attempt to quell growing anger over the handling of peaceful political reformists. Although the law sets out huge fines and lengthy prison sentences it has not deterred citizens from taking to social media to air their frustrations: one person has been convicted and two more face charges of using social media to spread ‘false information’.

With the law having failed, just how long can authorities continue to imprison people for being critical of the government?

The criticism that authorities are attempting to stamp out stems from the case of the UAE 94, a trial of 94 political dissidents who are charged with sedition. Defendants in the case claim they have been tortured, legal observers say international fair trial standards have been violated and human rights groups believe the accused are being persecuted due to their support for political reform. With international observers and foreign media barred from the courtroom, family members present in court have taken it upon themselves to report on proceedings.

Sadly, it would seem that authorities are intent on using repressive techniques to cling onto authoritarian rule

Angered by perceived injustices in the trial, Abdulla al-Hadidi, whose father is one of the defendants, used his Twitter account to question why authorities had failed to investigate allegations of torture and denied defence lawyers adequate time to prepare their case. Al-Hadidi was swiftly arrested, charged with violating the Cybercrimes Decree and sentenced to ten months in prison.

In recent weeks two more have been charged with violating Articles 28 and 29 of the Cybercrimes Decree. These articles stipulate that a fine of up to 1 million dirhams ($272,000) and a maximum prison sentence of 15 years are applicable for anyone who uses information technology to spread news that could harm public order.

Waleed al-Shehhi is one of those facing charges. Al-Shehhi is known for using his Twitter account to criticise the trial of the UAE 94 and support the defendants in their calls to make the Federal National Council a wholly elected body responsible for the legislative process. Mohamed al-Zumer is the other facing charges and is a 19-year-old who has been held in solitary confinement at an unknown location since his arrest in December. It has recently emerged, that after meeting his family on May 15th for the first time since his arrest, al-Zumer claims to have suffered beatings at the hands of prison guards and been forced to sign a confession stating he made a video defaming the rulers of the country.

The verdict in the trial of the UAE 94 is due on July 2nd. It is expected that the thirteen female defendants will not receive prison sentences, some male defendants will be acquitted and the perceived leaders of the political reform movement will be handed lengthy prison sentences. With respected human rights lawyers, judges and academics among those expected to be imprisoned, it is likely that there will be a great deal of public anger.

What began as a mildly worded petition calling for moderate political reform in March 2011 has manifested into a situation that has cultivated an ever growing political opposition. In addition to the 94, there are a further 34 awaiting trial, leaving the UAE with 128 political prisoners. With a national population of less than one million, it leaves the country with one of the highest per capita rates of political prisoners in the region.

ALSO READ 10 most influential people in the United Arab Emirates

Even more importantly, the reaction of the authorities has been to vilify the 94 as being part of a Muslim Brotherhood plot to seize power, which has left 94 families in the country feeling betrayed and angered by a government they have consistently reiterated their loyalty to. Whilst the per capita rate of political prisoners is shocking, it is the number of people left alienated and angry by authorities that is truly significant.

If authorities continue to label the UAE 94 as dangerous political plotters, without having supplied any evidence to support such claims, they will fuel criticism of their actions. Uninvestigated allegations of torture and an unfair trial have left families of the defendants with nowhere to turn but social media.

The answer to this rising tide of criticism is not the Cybercrimes Decree: it simply serves to demonstrate that authorities cannot be engaged with and will seek to hold onto centralised power at all costs. Authorities must resist the temptation to slide into a police state and engage with what is becoming a significant number of citizens unhappy with the status quo. Maintaining the rule of law, properly investigating allegations of torture and engaging with citizens peacefully calling for reforms is the only option if stability is to be maintained and an equitable social contract developed.

Sadly, it would seem that authorities are intent on using repressive techniques to cling onto authoritarian rule. Show trials for political activists, prison sentences for social media activism and withholding of state welfare benefits appear to be the tools authorities will use when dealing with calls for political reform. The outcome of this tactic is clear to see across a region that has witnessed dramatic change: repressed citizens will not acquiesce to the demands of an oppressive dictatorship.

EDITOR’S PICK UAE film industry: To be or not to be