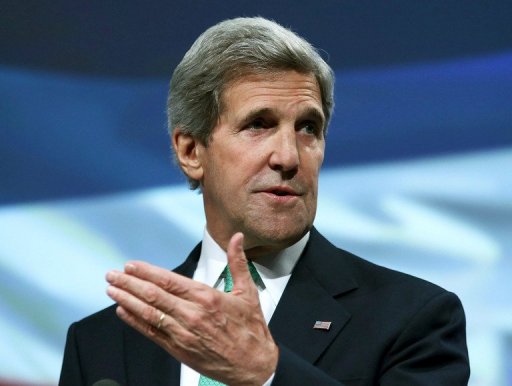 Secretary of State John Kerry last month approved $1.3 billion in annual US military aid to Egypt, despite concerns over democratic progress by the country’s new government, a US official said Friday.

All such aid is “carefully considered,” State Department spokeswoman Jen Psaki told reporters, but it was felt the funding was necessary to help “preserve important regional interests.”

On May 10, Kerry quietly approved the transfer of the annual aid, notifying the US Congress of his decision, she confirmed.

The move came well before Tuesday’s sentencing by a Cairo court that handed down jail terms and fines on 43 Egyptian and foreign NGO workers in what Kerry has denounced as a “politically-motivated trial.”

The sentences were just the latest move to raise tensions between Washington and the government of Islamist President Mohamed Morsi.

Morsi was elected in June last year in what were billed as Egypt’s first ever democratic elections, after former strongman Hosni Mubarak was ousted by a popular uprising in early 2011.

But US officials and others have warned that the promise of the Egyptian revolution is in danger of being hijacked, and Morsi’s opponents accuse him of governing in the interests of the Muslim Brotherhood, the party on whose ticket he ran in the presidential election.

Psaki defended Kerry’s approval of aid for the fiscal year 2013 saying it was in US national security interests and helped such things as “maintaining access to the Suez Canal and the interdiction of weapons smuggling.”

Last year, the funds were held up after the Egyptian authorities first moved against the US-funded non-governmental organizations. Kerry’s predecessor Hillary Clinton finally gave the green light for the funds to be paid in March.