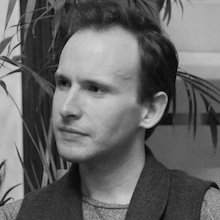 The revolutionary promenaders of Taksim Square, Gezi Park and İstiklâl Caddesi are not engaged in a battle for control, they are instead mapping a symbolic territory where social life and street politics intersect.

The proximity of civil unrest, and the fluctuating core of danger that greeted citizens either out for a stroll or in support of the demonstrators, was an odd experience. With the sheer amount of people on the streets of Istanbul over the last week it almost felt as if, so long as one secured a two-meter buffer zone from any official’s grasp, everything would be alright. The police station in BeyoÄlu (which I was unfortunate enough to have to enter a few days into the unrest when supplying documents for my residence permit), is a mere two hundred meters from Taksim Square. Outside swaggering lunatics lean on their up-ended tear-gas guns; idiot drones swarming outside their hive. I lost count of the number of young masked Çapulcu that I saw, Turkish flag in hand and sweating from a recent dash, who walked straight past the station, its foot soldiers of theocracy huddled outside. Lingering maliciously, some slept on their jutting palms, sipped tea or mimicked the actions of thwacking an unarmed peaceful protester with a baton. Big men with their small cups of sweet tea.

ALSO READ Tan Tunali: Will this be a long summer for Turkey?

Yet like the besieged occupants of Gezi Park, the boys in blue have been under enormous pressure. The head of the police union Emniyet-Sen reported that at least six policemen nationwide have taken their own lives since the beginning of the demonstrations. Made to work up to 120 hours consecutively, and forced to sleep on the streets or wherever they drop, their relentless deployment exposes the indiscriminate violence committed by Prime Minister ErdoÄan on his own people. However, this does not soften the startling levels of police brutality, which has seen them retracing their old lineages of beatings, sexual violence, and abuse.

Discounting the molotov cocktail wielding agent provocateurs, the protestors are resolute to the point of stubbornness in their refusal to use violence. Perhaps they really believe that their pacifism might swing a nation of ErdoÄan supporters, hardened by previous decades of military rule, and frothing with the passive intensity of theocratic subjects, into hand-wringing regret. The front page of the Economist depicting ErdoÄan as Sultan is an impotent image. Turkey is a modern country, immensely more confident than many of its European counterparts with an urban middle-class assured of the reality of their desires and in turn a (reasonably) sober religious majority that take their PM as the political embodiment of their pious inner world.

The intimacy of such seismic national unrest has been realised through two distinct bodies of people; those in regulation respirators and those in piecemeal protection usually made up of a pair swimming goggles and a surgical mask. Both seem utterly unaware, or just ambivalent, of the other’s existence, like a procession, with one group going one way and the other another. At what seemed like daily intervals, interspersed with a handful of more colourful days, their respective procession routes met and they enacted their rituals as if the other group were part of the urban landscape. Surely that’s the only way to explain firing gas canisters at short-range into the faces of your fellow citizens.

Third party observers and bug-eyed reporters were hoping this would be Tahrir Square all over again. I saw them running about in front of their cameras making everybody nervous. There was Vice’s Tim Pool darting about the place and reporting from inside the conglomeration of peaceful city-dwellers like, in the words of The Day Today’s Chris Morris, ‘some crazy Trojan’. And those were the channels reporting the action at all. In what has become a kind of Situationist meme, penguins were daubed on the walls to jeer CNN Turk’s failure to televise the revolution, preferring instead to show a nature documentary on the flightless birds. Perhaps as perverse penance, CNN International tirelessly reminded viewers that their man on the scene Nick Paton was reporting while wearing a gas mask and was firmly situated within the epicentre of the mother cloud.

What none of these correspondents mentioned was how sociable the unrest has been, even at its hottest points. These protests are nothing less than the re-definition of social space as something not to be owned, controlled, or inhabited but cohabited – mutable, extremely exhilarating and something incredibly close. Riding the crest of a temporary wave of sociability, the chameleonic Occupy prefix has, thus far, painted itself as a little spasm symptomatic of a bigger seizure. The others, the families, street-vendors, hipsters, hippies, city-boys, and aunties are not arrogant enough to think they can topple a democratically elected government. Instead, this ungoverned order of the mass has rejected the creeping proposition that the administration might take responsibility for the everyday life of individuals. Individuals like themselves.