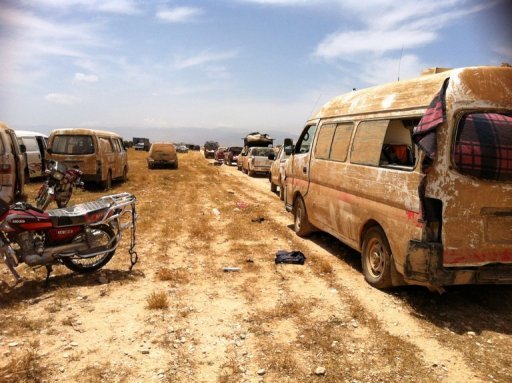 The CIA and US special operations forces have been training Syrian rebels for months, since long before President Barack Obama announced plans to arm the opposition, the Los Angeles Times reported Friday.

Training for rebel forces covers the use of anti-tank and anti-aircraft weapons and has been carried out at bases in Jordan and Turkey since late last year, the newspaper reported, citing unnamed US officials and rebel commanders.

The two-week courses, for about 20 to 45 fighters at a time, began last November at a new US base in the desert in southwest Jordan, it said.

The report came days after the Obama administration announced it had approved the arming of Syrian rebels, though analysts said the United States likely would avoid providing sophisticated guided anti-tank or anti-aircraft weapons.

The Central Intelligence Agency typically leads covert training and arming of fighters in foreign conflicts, while military special operations forces can be assigned to covert missions overseen by the spy agency.

The CIA and the White House declined to comment on the report.

Rebels from the Free Syrian Army were being trained on Russian-designed 14.5-millimeter anti-tank rifles, anti-tank missiles, and 23-millimeter anti-aircraft weapons, according the report, citing an unnamed rebel commander in the Syrian province of Dara helping with weapons acquisitions.

“Those from the CIA, we would sit and talk with them during breaks from training and afterward, they would try to get information on the situation,” the commander was quoted as saying.

US special operations troops selected the rebels to be trained as the American military was setting up supply lines in the region to channel non-lethal items, such as uniforms and radios, to the opposition forces.

The rebels were promised powerful anti-tank weapons and other arms but shipments from Qatar, Saudi Arabia and other Arab states took months to arrive and failed to live up to the expectations of the opposition, the commander told the paper.

But on Friday a rebel spokesman said the opposition fighters have received new types of weapons that could “change the course of the battle.”

The announcement came a day before a meeting in Qatar of the “Friends of Syria” group of nations that support the uprising against President Bashar al-Assad’s regime.

“We’ve received quantities of new types of weapons, including some that we asked for and that we believe will change the course of the battle on the ground,” Free Syrian Army spokesman Louay Muqdad told AFP.