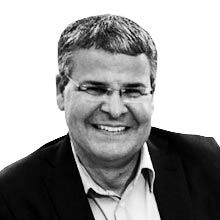 The Tamarrod (“Rebel”) movement, backed by mainstream and many other opposition groups to President Morsi, is planning to stage a sustained protest on June 30, calling for early presidential elections and the dismissal of Morsi. Leaders and supporters of Tamarrod argue that the main drive behind their demand resides in the failure of Morsi to act as a leader for all Egyptians and is “failing to implement policies to improve the life of ordinary people.” It is worth noting that the date of 30 June marks the end of Morsi’s first year as president. Unlike other uprisings elsewhere, Egyptian protestors from the outset on 25 January 2011 have always announced beforehand their marches and rallies, usually scheduled for dates with particular meaning.

The campaign led by a grassroots anti-Muslim Brotherhood petition drive has been endorsed by opposition parties and figures and almost all non-Islamist groups in Egypt. The campaign aims to collect 15 million citizens’ signatures in support of a ‘withdrawal of confidence’ in Morsi and demand early presidential elections. This target was set in an attempt to outnumber the 13+ million votes Morsi received in elections in 2012. According to unconfirmed reports the campaign is said to have already exceeded its original goal.

Tamarrod leadership, revolutionary youth organizations and opposition groups are planning massive peaceful rallies besieging the presidential palace and occupying all government and public offices in Cairo. The movement plans to extend to Egypt’s major cities and also to the countryside until Morsi gives in and resigns.

If these protests are successful in forcing early presidential elections, the Tamarrod campaign has proposed that the President of the Supreme Constitutional Court (SCC) should replace President Morsi. The SCC president “would take power as part of a government of technocrats and a national defense council with 65-percent military members.” This proposal is based on article 84 contained in Egypt´s 1971 constitution regulating the transfer of power from the President to Speaker of Parliament and to SCC’s President.

Many Egyptians are unfortunately anticipating more difficult times ahead

Since Tamarrod leadership dismisses the current constitution, claiming it is fully Islamist-sponsored, they call for a return to the 1971 Constitution without the amendments made during the rule of Sadat and Mubarak. Therefore, the leadership of the Campaign is planning to submit a full petition to the SCC before 30 June, formally calling for a withdrawal of confidence in Morsi.

Judging by media reports, as well as intensified campaigns and statements by a large number of opposition leaders, groups, unions and ordinary citizens, it is expected that millions of Egyptians will take to the streets nationwide to express anger and disappointment at Morsi and his Muslim Brothers. Watching a number of opposition rallies in smaller cities and villages outside Cairo confirms that the heated atmosphere in Cairo, Alexandria and cities across Egypt is shared elsewhere. Indeed, the build-up and mobilization is taking place all over the Nile Delta and cities of the Suez Canal Zone.

Interestingly, there is also a feeling that people do not care what will happen afterwards – who will rule and how after the possible ouster of the Muslim Brothers’ regime? The “rebellion” in the making seems more like someone who has been through a car accident: it’s all about survival!

The Army and the Police

Additionally, the Army notably cancelled the usual celebrations for the annual Air Defense Forces Day on 30 June. Some analysts see this as a way for the Army to avoid hosting Morsi on this particular day. One Cairo newspaper (Al Watan, 13 June) reported that the Army has declined to host Morsi in some of the military facilities during the protests, claiming that Morsi’s protection is the duty of the Republican Guards. The Interior minister revealed that protection of the presidential palace would remain the exclusive duty of the Republican Guards, according to a comprehensive Interior Ministry security plan drawn up as early as 2009. Meanwhile, the Commander of Republican Guards made clear that he will not use any force against protesters!

The Military Spokesman announced in a statement that the Army is on high alert for the 30 June rallies, and that the Army will only mobilize when it is necessary to protect the people and the State’s vital institutions. The Army is securing the roads in and out of the Sinai and Western and Southern borders in what is seen as an attempt to prevent Islamist and Jihadi militias from entering cities where the 30 June protests will take place. Al-Masry al-Youm newspaper reported (16 June) that Morsi and MB were warned by the Army from using violence against protesters.

The Interior Minister has pledged that police will not confront protesters during demonstrations on 30 June. He explained, “The Egyptian police’s sole role is to protect protesters, the state and security institutions.” He added that police forces would not secure any political party offices, including those of the ruling MB.

Egypt’s police force — notorious for its brutality in previous occasions — claim it has changed substantially since the revolt that toppled Mubarak in February 2011. According to the Chairman of the Police Union, thousands of police officers announced that they will participate in the June 30 demonstrations.

Morsi has lately made a number of public speeches that further angered his opponents. On 6 June he invited Islamists groups and other supporters for a public discussion on the Ethiopian planned “renaissance dam.” Among those in attendance were diehard Salafi Jihadi, of which 22 were sentenced to life for murder and subsequently pardoned by Morsi. In another well-televised rally, Morsi had cut relations with Syria, explaining that he cut diplomatic ties partly over the involvement of Hezbollah in support of Assad’s regime.

Allies of Morsi, mainly Jihadi Salafi, have vowed to hold counter rallies. They announced that they intend to use violence against those who threaten the “legitimacy of the Islamist President.” In light of their violent history, there is growing anxiety that protests could descend into bloody clashes. There are reports that the MB and their supporters will mobilize in the street between 21-27 June and to leave the streets before the planned rallies on 30 June. The leadership of the second largest Islamist Party, Al Nour, has declared its intention not to participate in any rally in the coming weeks.

The current impasse may lead to one of the following main three scenarios:

1 – The largely peaceful rallies may force Morsi to resign (as was the case with Mubarak), with a political compromise that the MB maintain a role in formal political processes. After all, it is estimated that the MB have a political constituency of 25-30 percent.

2 – There may certainly be violent clashes from the outset, as some hardliner Jihadi have threatened. They might also play a role in quelling protestors. Once violence reaches a significant level, this would immediately lead to the intervention of the Army and a possibly tragic end to the reign of the MB.

3 – The protests will, after one or two days, weaken. The Egyptian people may be too tired and anxious for stability. The status quo would prevail and Morsi and MB would continue to hold power.

The facts on the ground and the heated debates across the country suggest that the first two scenarios are more likely than the third. However, when asked, many Egyptians are unfortunately anticipating more difficult times ahead in their complex quest for democratic transition.