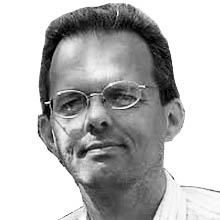 A few weeks ago the US agreed with Russia to hold a peace conference for Syria. But when the rebels refused to come the US rewarded them with the promise of more US arms – under the dubious excuse that the US believes that Assad’s army has used chemical weapons.

It is a familiar pattern. The only consistent part in America’s Syria policy is its demand that Assad should go.

In many other areas its actions belie its words:

–       The US claims to be worried about the death toll. Yet it hasn’t promoted negotiations or armistices. It hasn’t taken any initiative to limit the inflow of arms. It hasn’t made serious efforts to support the rebels in governing the areas they control.

–       The US claims to want negotiations. Yet it has in the past supported those parts of the opposition that either oppose negotiations or put up blocking preconditions like the departure of Assad. It has shown very little support for the proposed Geneva II conference. It keeps repeating that Assad has to go. And it is talking about a transitional government as if that could take the place of negotiations.

–       The US claims to be worried about Al Nusra. Yet it hasn’t criticized the Gulf States for supporting them and it is very vague about related Islamist movements like Ahrar al-Sham. It also supports the Islamist Muslim Brotherhood as the main part of the Syrian exile opposition. It looks like the ban on Al Nusra is only meant to pacify those in the US who worry about its Al Qaeda links.

–       The US claims to want a democratic Syria. Yet many of the opposition leaders it supports are Islamists, not democrats. The US also wants only one opposition team at the negotiation table. And that team is to be composed from the Muslim Brotherhood dominated SNC (that has little support inside Syria) and general Idriss’ FSA (that has little authority among the rebel fighters). Very likely the US will try to impose this same “team” as Syria’s new government if it gets a chance.

–       The US claims that more arms for “moderate” rebels will strengthen the moderates and weaken the Islamist rebels. But in the meantime the US is neglecting the real moderates in the opposition – those who reject armed resistance and insist on peaceful resistance. The US also keeps delaying negotiations while over time moderate morale degrades as more and more come to the conclusion that the price of the revolution is too high. The US is also vague about who it considers moderate and who not.

–       The US claims that arming the rebels will put pressure on Assad to negotiate. But Assad wants to negotiate. And he has good reasons because thousands of his supporters die every month.

–       The US claims that arming the rebels will put pressure on Assad to compromise. But Assad is perfectly aware that the US and its Wahhabi allies can always increase their support for the uprising. How far Assad will go with concessions is to a large extent determined by his distrust in the opposition and only negotiations can improve that trust. And if Assad might initially be too reluctant to compromise he will soon come under pressure from his supporters to do so.

So what does the US really want?

I expect that at the conference the US will present a non-negotiable concept agreement. Just like the “Rambouillet Agreement” that was the excuse for starting the Kosovo War it will stipulate that the government has to hand over power to the rebels and that in return it will get a nice list of hollow guarantees. Depending on the reactions different scenarios could develop:

–       Assad agrees. Most likely the Muslim Brotherhood (SNC) will form a coalition with its fellow Islamists among the rebels, like Ahrar al-Sham as these are the only of the rebels that have enough discipline and that provide a reasonable level of government. Al-Nusra will likely be reformed to become presentable. Dependent on the diplomatic skills of the Brotherhood Assad’s followers may consent or not but Obama will be happy to lend his bombers to help Syria’s new “legal government” impose its writ. A bigger problem will be anarchy and revenge killings.

–       Assad rejects the proposal. This is by far the most probable outcome. Neither the prospect of Islamists in power nor that of anarchy will look attractive to him. Just as in the case of Kosovo the US may try to use this rejection as an excuse for war.

–       Assad and the rebels agree to use the proposal as the basis of real negotiations. This is by far the preferable outcome as it can result in real peace. However, US diplomacy more likely sees it as the nightmare scenario where it may not get the regime change that it wants. That is the likely reason that the US insists that the rebels should negotiate from a position of strength where they are less likely to compromise.

It is time to forget about geopolitics and care about people. Further postponing negotiations on Syria will only prolong the bloodshed. I am sure the Syrian parties will be happy enough to make a few concessions to satisfy the geopolitical players when they have an agreement.

It is unlikely that negotiations will produce immediate results. It takes time to give up on unrealistic demands and to find compromises. South Africa and El Salvador spent two to three years negotiating. The one thing that is needed at the start is that both parties are aware of the price of continued fighting, have some respect for the demands of the other side and believe that it must be possible to find a solution that is at least better than continued war. Once that attitude is in place people will believe enough in the future to respect an armistice.

MORE BY WIM ROFFEL The Art of Revolution