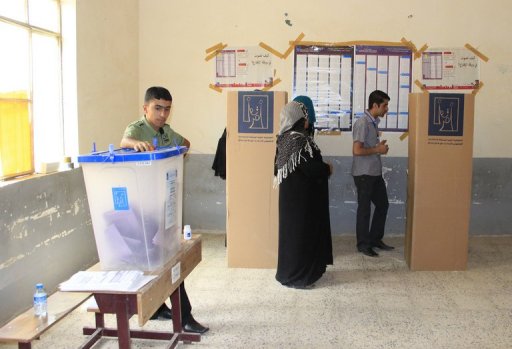 A Kurdish bloc won the most seats in one of two provinces that held delayed elections last week, surprisingly beating out the governor’s Sunni Arab party, results published on Wednesday showed.

The Taakhi and Taayish list, a pro-Kurdish grouping, fell short of a majority, but won 11 of a possible 39 seats in Nineveh in Thursday’s elections, according to results released by Iraq’s election commission.

It beat out the Mutahidoon list of Governor Atheel al-Nujaifi, brother of federal parliament speaker Osama al-Nujaifi. It won eight seats in the province, which is majority Sunni Arab, though with a substantial Kurdish minority.

But Mutahidoon won the most seats in the western province of Anbar, taking eight of a possible 30 seats.

The elections took place two months after polls were held in 12 other provinces in the centre and south of the country.

Officials cited security concerns when they announced the postponement for Anbar and Nineveh, although some saw the delay by Shiite-led authorities as politically motivated, and it was widely criticised by diplomats.

The elections are seen as a key gauge of the popularity of Prime Minister Nuri al-Maliki, who has been charged by his critics with consolidating power, ahead of parliamentary polls next year.

Iraq has been grappling with a prolonged political deadlock and months of protests by the Sunni Arab community.

And violence has spiked to its highest levels since 2008, sparking fears of a revival of the brutal sectarian war that blighted the country in 2006 and 2007.