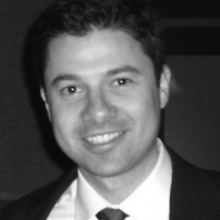 The recent resignation announcement by Palestinian Authority Prime Minister Rami Hamdallah – who had served just two weeks – struck a humiliating blow to President Mahmoud Abbas and raises serious questions about the competence of governance and the future of the Palestinian question. No one has been tapped to replace Hamdallah, although it is likely to be one of the two Deputy Prime Ministers Ziad Abu Amr or Mohammed Mustafa.

Abbas, an unelected leader whose term expired in January 2009, scored a significant symbolic victory last November in the United Nations in which the General Assembly granted Palestine non-member observer status. This grants Palestinians the option of filing legal complaints with international bodies against Israeli housing in East Jerusalem and the West Bank – territory claimed by Palestinians for a future state.

Israel and the United States, however, oppose unilateral actions which undercut direct bilateral negotiations and have used economic pressure to prevent this from happening.

Palestinians could set their own destinies apart from Israel

Moreover, Abbas has failed to reconcile with Hamas in Gaza since the Islamist movement won parliamentary elections in 2006 and expelled Fatah activists from Gaza a year later.

Despite numerous reconciliation efforts mediated by the Arab League and pledges to form a unity government, Hamas and Fatah are no closer in unifying than Israelis and Palestinians are in reaching a peace agreement.

How then, it must be asked, would a Palestinian state emerge with a divided government whose leaders do not recognize one another? Do geopolitical realities on the ground in the West Bank and Gaza suggest that the internationally supported two-state solution is irrelevant?

Recent events suggest that Jordan, which ruled the West Bank from 1949-1967, seeks to once again play a larger role in Palestinian affairs.

During my conversation with veteran journalist Randa Habib – who has written extensively on Jordan and the Royal Family – she explained that Jordan’s official position is the creation of an independent Palestinian state. However, Jordan is not opposed to confederation or federation with the West Bank which could occur only after independence.

Jordan has proposed some type of union with the West Bank since March 1972, when King Hussein floated the possibility of a United Arab Kingdom. Hussein envisioned a federal plan which included a Jordanian region with Amman as the capital; and a Palestine region including the West Bank with Eastern Jerusalem as the capital. Although rejected by Israel, the Palestinians and most of the Arab League, variations of this proposal were publicly advocated by Jordan until the King rescinded legal and administrative ties to the West Bank in July 1988.

Although King Abdullah rejects the Jordan is Palestine slogan advocated by some in the Israeli right, he might entertain the possibility of Palestinian confederation. In the past few months, there has been more open discussions about confederation prospects – not by Israelis or Americans but by Jordanians and Palestinians – than there has been in the past decade.

Palestinians may also support this initiative.

In December, editor of Al Quds Al Arabi Abdel Bari Atwan proposed confederation with Jordan after Palestinian independence. In the same month, Mahmoud Abbas told his cabinet to prepare for the possibility of confederating with Jordan in the absence of a two-state reality. In March, King Abdullah and Abbas signed an agreement reaffirming Jordan’s custodianship of the Holy Places in Jerusalem.

Although Jordan’s role in the Muslim holy places in Jerusalem is nothing new and was acknowledged by Israel during the signing of the peace treaty with Jordan in 1994, it is the first public acknowledgment of Jordanian claims by Palestinians. Randa Habib described this significance as a reminder to “the Arab world of this (Jordan’s) role in case Hamas/Gaza and Egypt/Morsi will take advantage of the changes in the region.”

During my interview with Palestinian Professor Mohammed Dajani, he said a West Bank-Jordanian confederation could produce positive results: “I think a Palestinian-Jordanian federation may ease the heavy burdens from the shoulders of the people. We are living in the age of globalization and it is a priority for small nations to stand by each other to be able to develop and prosper.”

Dajani told me his vision: “As a first step, a State of Palestine with Arab Jerusalem as its capital should rise; while the second step would be the formation of a confederacy with Jordan.” Such a scenario involving the first and second steps of Dajani’s principles could benefit all parties. For Israel, a Palestinian union with Jordan offers security guarantees dealing with a nation that has a peace treaty and diplomatic relations. Palestinians could set their own destinies apart from Israel under the umbrella of joint Arab economic and security cooperation. For Jordan, the United States and European Union would likely provide economic incentives including a generous aid package.

As Secretary John Kerry returns to the Middle East for another round of shuttle diplomacy and meets with President Abbas, current realities on the ground and recent events seem to suggest that talks will center on a greater Jordanian involvement in Palestinian affairs.