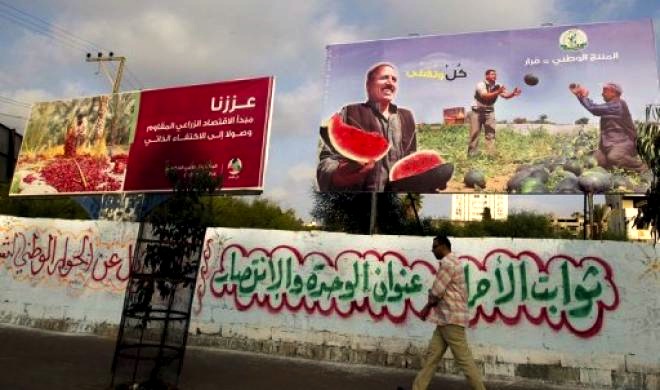 Germany’s well-intentioned waste disposal plan for the City of Ramallah has Palestinians, Bedouins and Settlers up in arms. The growing regional campaign to thwart the short-sighted and environmentally unsound project is driven by those who prefer the long-term sustainability of their shared living space over petty politics and quick fixes.

Abed of the Kaabneh Bedouin tribe hosted a clandestine meeting in his home near the Rimonim intersection, between the Palestinian Rammun village and the Israeli Kohav HaShahar settlement. Although some journalists made their way in, it was the residents of the nearby communities who aligned forces with Israeli environmental groups for the petition signing summit.

ALSO READ Emirati youth tells you how to invest

Their motivations were many, but their objective was unified; to reject the efforts of Germany, the Palestinian Authority and Israel’s Civil Administration to build a large garbage dump near the Israeli community of Rimonim, not far from Abed’s home. Indeed, Abed and his family aren’t the only ones who would suffer from the pollution.

Today, at this critical juncture, the environment has spoken.

The patchwork of closely positioned though socially fragmented Israeli and Palestinian communities across the West Bank has long been the topic of monotonous political discourse. But while the diplomats get stuck at impenetrable impasses, life goes on. If left to their own devices, Palestinians and Israelis will inevitably find ways to improve the quality of their lives. Unless, of course, the powers that be continue to insist that their government plans supersede community generated solutions.

On the surface, Germany’s forthcoming and generous offer should be warmly welcomed. They have allotted 15 million Euros towards the construction and maintenance of the waste disposal center, which will service the Palestinian communities in the greater Ramallah region. Needless to say, the Palestinian Authority, which sits in Ramallah and assumes responsibility for the local populace, is very pleased with the plan. The Civil Administration, run by Israel’s Ministry of Defense, is similarly optimistic, as it believes the new site will replace numerous pirate waste disposal locations, normally characterized by hazardous private garbage burning. But while Israeli and Palestinian government agencies see systematic benefit in putting German funding to regional use, no one wants the new dump in their backyard. And when that backyard is shared by so many, an initial outcry has the potential to snowball into a powerful campaign.

Abed, the Kaabneh tribe, the Palestinian villages of Rammun and Nu’eima, Settler communities from Rimonim, Ofra and Ma’aleh Mihmash and green environmentalist groups are all on board. The green activists point to the fact that landfill sites are a thing of the past, a substandard solution which would be illegal to implement in Germany yet strangely acceptable in a land that is not theirs. They also note the inescapable danger to the mountain aquifer which sits beneath the designated location and, once contaminated due to archaic and nature-unfriendly garbage dumping methods, will affect drinking water that reaches a predominantly Palestinian population. The Palestinians, for their part, do not want their agriculture and livestock to be harmed, let alone their obvious aversion to an ever-growing mound of garbage in their otherwise organic proximity. The Settlers, who share the same concerns, are also dismayed at the discriminatory nature of the German plan. As is commonplace with German environmental initiatives in the West Bank, the Germans and the Palestinian Authority share a mutual policy of ensuring that their programs serve Palestinians only, no Jews allowed.

Though familiar with the party line that refuses to allow normalization between the communities, the Settlers remain puzzled; the Rimonim garbage plant is to be built exclusively in Israeli administered Area C, yet it is designed to serve only residents of Areas A and B which are under Palestinian civil control. Although the plan is a clear political win for the Palestinian Authority, which has an opportunity to deposit its waste in Israeli controlled areas, the Palestinian communities themselves have a different vision for the way things should look. And that vision includes their Jewish Settler comrades.

Local initiatives between the Palestinians and the Settlers are nothing new. Just down the road from Rimonim the two populations disposed of their waste jointly at the Psagot garbage dump, thanks to creative thinking and person to person relationships between the Israeli Benjamin Regional Council and the Palestinian al Bira Municipality. But the site was closed in advance of the anticipated German project. In an attempt to buy time as they develop alternative plans, the Palestinian and Israeli activists reached an initial milestone in March, 2012, when the Supreme Court of Israel ruled to reopen the Psagot garbage dump until August 2013. Perhaps more importantly than their verdict was their insight. Justice Esther Hayut, who was dually impressed to see the two groups working hand in hand, expressed her thoughts concisely: “Peace is in the dumps”.

Maybe she’s right. Maybe it takes garbage to bring people together. Maybe the environment is the noble cause that can help people see beyond themselves. And even if she’s wrong, there’s still an important lesson to be learned here. Even if this partnered campaign is only a drop in the bucket, it speaks to a deeper truth about people in general and the residents of the West Bank in particular. It’s an insight into what makes people tick, and what motivators have the potential to turn those people – separate and disparate as they may be – into a community.

It’s interesting to note that no matter how you slice it, this issue cannot possibly be resolved without cooperation between groups that are generally perceived to be at odds with each other. The German-Palestinian Authority plan will only work if Israel’s Civil Administration agrees to allot lands from Area C to care for the waste generated in Areas A and B. The alternative green-residential plans, which the Settlers, Bedouins and Palestinians are currently presenting, suggest a more natural grass-roots alliance, while sharing the same principles that the government bodies have employed. One way or another, like it or not, the West Bank’s environment will be shaped by an Israeli – Palestinian partnership.

Garbage and pollution, drinking water and aquifers don’t distinguish between race, religion and politics. Time will tell whether people, who are far more complex than their naturally unbiased habitats, will choose to build their societies in a similar manner. But today, at this critical juncture, the environment has spoken. In search of a sustainable future, Palestinians and Israelis are willing to stand up for each other to achieve a greater good.

EDITOR’S PICK Adam Walker: The will of the Egyptian people