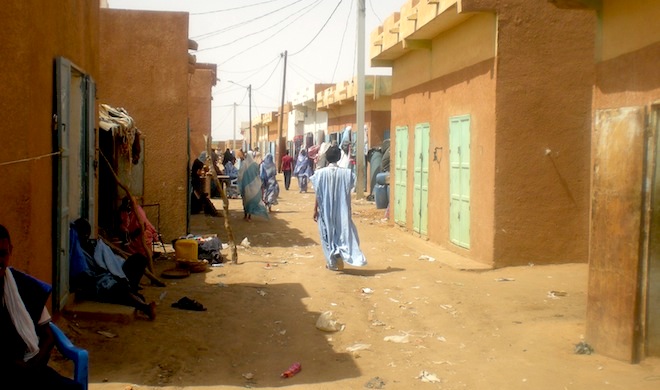 Following the military coup which removed Hosni Mubarak, it was widely reported that al-Qaeda was rendered obsolete by the Arab Spring. Fareed Zakaria, for instance, pronounced:

“The Arab Revolts of 2011 represent a total repudiation of al Qaeda’s founding ideology. For 20 years, al Qaeda has said that the regimes of the Arab World are nasty dictatorships and that the only way to overthrow them is to support al Qaeda and its terrorism. And then, in a few weeks, the people of the Arab World have overturned two despotic governments by means of non-violent demonstrations and they have begun a process of reform and revolution that will alter the basic bargain between the ruler and ruled in the Middle East…”

This sentiment was only amplified in light of the U.S. assassinations of al-Qaeda’s senior leadership: Osama bin Laden, Anwar al-Awlaki, Abu Yaya al-Libi and Said al-Shehri (among others)—personality strikes which continue to this very day despite the growing evidence of blowback.

Indeed, al-Qaeda had lost a good deal of their leadership, their popular support, and their morale. Their attacks had been mostly confined to the Mideast (as attempts at strikes in the West had been consistently intercepted), and their victims were primarily other Muslims. Before he was killed, Osama bin Laden lamented the fact that al-Qaeda had become consumed with purging apostates and ethno-religious minorities at the expense of their primary mandates:  to overthrow tyrannical and secular regimes (replacing them with Sunni theocracies), to drive out foreign forces from the MENA region, and to redress wrong committed against the Muslim community worldwide.

In short, al-Qaeda had serious problems—but not insurmountable ones. In light of how the “Arab Spring” revolutions have progressed, largely as a result of meddling by the US and the Gulf, the organization and its affiliates seem to be on the verge of a renaissance rather than extinction.

Although there were certainly methodological and ideological disparities, the aspirations of al-Qaeda and the Arab Spring protesters were superficially commensurate: al-Qaeda had long been working against Hosni Mubarak, Ben Ali, Bashar al-Asad, and Gaddafi—just as they had previously fought Saddam Hussein. They unambiguously embraced each of these revolutions, and even called for further uprisings in authoritarian states like Saudi Arabia. However, so long as the protests remained peaceful, al-Qaeda was, in a sense, sidelined. Ironically, the Western interventions/escalations in Libya and Syria gave them an “in” and subsequently al-Qaeda has played a decisive and growing role in those theaters.

Contrary to Western assumptions (fueled by media disinformation), the Libyans did not rise up in great numbers to overthrow Gaddhafi, and there were few military and government defections. Accordingly, the colonel continued to advance on Benghazi despite the NATO-imposed no-fly zone. Foreign fighters from AQIM rushed in to compensate for the lack of indigenous resistance—but even then the local population refused to provide the rebels with provisions or support, forcing NATO allies to overstep their mandate in UNSCR 1973 (just as they did in UNSCR 1441), likely in violation of international law.

The al-Qaeda flag flew next to the rebel flag in the opposition capital of Benghazi, while an al-Qaeda detainee released from Guantanamo Bay became one of the more prolific leaders of the rebellion. To this day, al-Qaeda and its affiliates maintain a strong presence in Libya, largely thanks to the lawlessness which continues to prevail over much of the country, and due to the gratitude of the local population.

Ultimately, these groups would deploy the very resources which NATO provided, and the autonomy afforded them in the absence of Gaddhafi, in order carry out an attack on the U.S. embassy in Benghazi, resulting in the death of Ambassador Chris Stevens. AQIM subsequently took advantage of their base in Libya to plan and execute a successful conquest of northern Mali, prompting a French intervention of unspecified length in their former colony. This, in turn, led to an AQIM response attack in Algeria which killed scores of foreign nationals from around the world.

In Libya, al-Qaeda and its affiliates were among the primary beneficiaries of U.S. and allied arms, funding, training, and supplies. We know this, in part, because they have subsequently deployed these assets throughout the Maghreb, but they have also been relied upon in Syria—just as the weapons provided to the rebels in Syria were used in a failed al-Qaeda attack in Jordan; and yet the Obama Administration has decided to openly endorse arming the rebels (under the false-pretext of chemical weapons use by the Syrian government), despite the overwhelming evidence that most of these weapons have ended up in the hands of al-Qaeda affiliated groups.

Al-Qaeda was quick to endorse the Syrian “uprising;” they began by bombing targets in Damascus and quickly stepped up their involvement from there. The late Abu Yaya al-Libi called for a “violent jihad” in Syria without compromise or “illusions of peacefulness” until President al-Asad is overthrown. The al-Qaeda affiliated al-Nusra Front was primarily responsible for the rebel gains in Aleppo, which marked a turning point in the rebellion—they have since become the most effective and influential fighting force in the Syrian theater. Even rebel forces which are not directly affiliated with al-Nusra or the ISI are increasingly adopting al-Qaeda tactics (guerilla warfare, suicide bombings, IED’s, etc.) in order to combat the superior firepower of the Syrian government. The opposition movement is also becoming increasingly sectarian and increasingly extreme, aligning themselves more and more with al-Qaeda ideology.

There is strong evidence suggesting members of the organization have even obtained and deployed chemical weapons, and stand poised to vastly increase their arsenal in the event the Syrian state fails. The Syrian conflict is also driving a surge in the organization’s popularity in Iraq and Lebanon, fueled by the growing sectarianism in the Levant.

It would be hard to imagine a better scenario for al-Qaeda and their ideology: secular tyrannies have been falling throughout the Middle East—replaced by Sunni Islamist-dominated governments with solid ties to minority-blocks of conservative/radical parties, such as the Salafists. And as formerly antagonistic forces are being overthrown, al-Qaeda has been able to exploit the regional instability to set up new bases of operation. The organization is increasing its presence in the Sinai Peninsula, continues to control large swaths of Yemen and Somalia, and enjoys substantial support in Pakistan.

The group has been very disciplined in de-emphasizing hisba

And while al-Qaeda has lost a good deal of its more prolific leadership, the theaters of Syria and Libya are providing opportunities for new battle-tested leaders to build reputations and rise up through the ranks— even as domestic revolutionaries in these nations increasingly recognize the important contributions of al-Qaeda to their cause and the “allied powers” help solving their funding problem by funneling money, communications equipment, medical supplies, and increasingly powerful/sophisticated weapons into the Syrian resistance (much like the result of supporting the Libyan rebels).

Most importantly, however, the degeneration of the Arab Uprisings ultimately affirmed al-Qaeda’s long-held position that tyrants will not yield to the popular will— they must be forcibly overthrown. In Libya and Syria, the U.S. and its allies essentially ceded the narrative to al-Qaeda, agreeing that there can be no talk of democratic reforms while “dictators” remain in power. This message is further underscored by the recent military coup in Egypt, and subsequent persecution of the Muslim Brotherhood; to many Sunni Islamists, these developments serve as definitive proof that oppressive regimes cannot be purged through a peaceful political process as they (and their international supporters) have no respect for the popular will, and they are too corrupt to be reformed. Instead, they must be uprooted in their entirety, and replaced by something other than Western cultural, economic, and ideological systems (which are increasingly perceived as dead-ends).

Accompanying these military and ideological advances for the organization is a burgeoning “soft power” presence via Ansar al-Sharia. While their ideology is indistinguishable from al-Qaeda’s (in favor of overthrowing dictators, pushing out foreign occupiers, restoring the caliphate and instantiating Salafist interpretations of Islamic law, etc.), compliant with Osama Bin Laden’s final directives, the group has been very disciplined in de-emphasizing hisba, sectarian persecution, and transnational/international jihad in favor of promoting social welfare at the local level, as well as civil and armed resistance to domestic injustices.

This approach has broad appeal—especially in light of the strategic and ideological incoherence of the international community vis a vis the Middle East, the continued oppression in the region’s monarchic states, and the general instability in “liberated” Yemen, Libya, Iraq, Egypt, and Tunis.  Accordingly, ASI branches have quickly proliferated in Yemen, Tunis, Libya, Mali, Morocco, Egypt, and Mauritania—and their membership is growing rapidly. That is, rather than the “Arab Spring” rendering al-Qaeda obsolete, the organization seems to be on the verge of a major and enduring resurgence. This outcome was far from inevitable, and was brought about largely through the shortsighted geopolitical ambitions of the United States and its regional allies. It is certain that these actions will come back to haunt them, although the bulk of the suffering will continue to be borne by the innocent.

A version of this article was originally published on SISMEC.