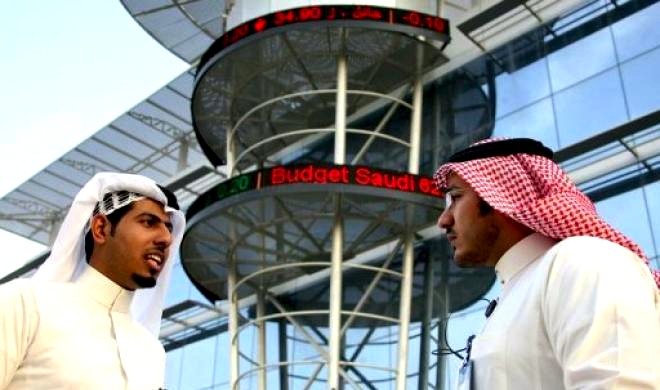 A drop in demand for Saudi oil has the potential to destabilize the regime, warns Your Middle East's energy columnist Nicole Leonard.

“Please talk about anything else.” Saudi officials may not want to talk about the global shale energy boom, but the rest of the industry cannot stop chattering about the exportation of the US shale phenomenon.

The US oil and gas industry has been dramatically transformed in the last five years by technology that allows producers to drill horizontally and extract oil and gas from previously impenetrable shale formations.

At the May 31stmeeting of the Organization of Petroleum Exporting Countries (OPEC), the Saudi oil minister, Ali al-Naimi was asked one too many times about the shale revolution:

“Why are you all excited all of a sudden on shale? You know why, because you like to chit chat…you are an agent of disturbance,” he said, pointing a finger at his questioner. “Leave us alone and leave all these issues. We had enough of shale oil and talks of shale. Please talk about anything else,” he said, switching from English to Arabic.

“Saudi leadership is notorious for failing to think ahead”

The interaction was the first indication of anxiety on the part of Saudi officials. Saudi representatives have claimed the shale boom will stabilize oil markets and assuage fears of reliance on Middle East oil or “peak” oil, claiming that the boom is a positive development in the industry that they fear not.

Many other OPEC members have also feigned nonchalance, but the truth is fundamental economics: supply is increasing quicker than demand. If any oil, despite its origins, increases in production for export and floods the global market, prices will fall. Similarly, to increase prices, production must fall.

Demand for Middle East oil is in danger as the US threatens to become a major supplier to Middle East’s best customers. And the US is not the only country with shale reserves that threaten Saudi Arabia’s monopoly over the oil industry. The Gulf OPEC countries rely on demand from Asia, but China is in the process of developing its own shale reserves and they hold twice as much shale oil beneath their soil. China, Russia, and the US have the largest shale oil reserves, followed by Argentina, Libya, Venezuela, Mexico, and Canada. Top reserves of shale gas are found in China, Argentina, Algeria, Australia, Mexico, and Canada.

OPINION Has Saudi Arabia forsaken the Rohingya for oil money?

Start-up costs for China’s shale exploration are far higher due to complicated geography and technology evolving much slower than it did in the US. Many of these countries have yet to begin exploitation of shale reserves or procure the necessary technology, but the potential of these reserves will continue to spur exploration and technological advancement. Five years ago, the thought of utilizing oil and gas trapped in shale formations in the US was ludicrous. Similarly, in five years from now, these countries may be experiencing a boom similar to that of the US.

Even though the US has yet to export its newly-discovered energy and many countries with large reserves will be unable to replicate the US’ success for a number of years, this does not mean that Saudi Arabia and its OPEC compatriots should avoid talking about the shale potential.

Saudi leadership is notorious for failing to think ahead and prepare for the disastrous effects of its dependence on the oil industry. However, oil prices are intrinsically linked to the social order in the Gulf. The “breakeven” price for Gulf countries has factored in the wide-ranging social benefits, such as unemployment, housing, education, and healthcare, which the state provides free to its people in return for their loyalty. If shale oil floods the market, forcing prices just a few dollars below the “breakeven” price, it will be the educated middle class that feel the stress, most of whom would likely vocalize their grievances. Essentially, a drop in demand for Saudi oil has the potential to destabilize the regime.

Considering how disastrous a drop in oil prices or a drop in demand for OPEC oil could be for Saudi Arabia and many other OPEC members, it seems foolish to shun conversation about the effects of the shale revolution.