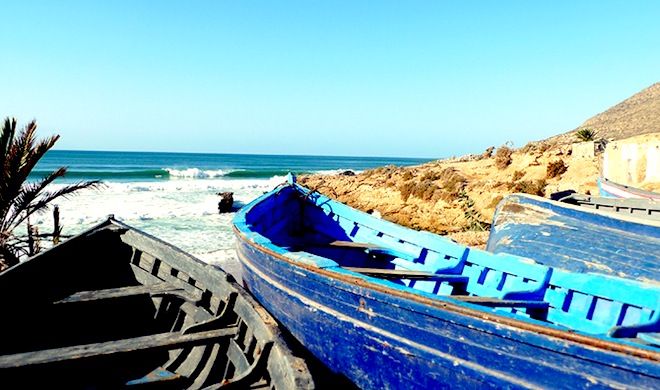 Your Middle East's literary columnist, widely known for her blog Arablit, has selected five Arab novels you need to bring for the beach this summer.

This novel should be read in the summer; it follows an Iraqi exile to a beach town in late-1960s Morocco, in “the leaden years” that followed King Hassan II’s dissolution of parliament, the assassination of leftist leader Ben Barka, and other crackdowns and arrests, and is crafted between paradise and nightmare.

Paradise’s pain isn’t just in the form of repression or poverty; it’s also in hopelessness. On an idyllic beach, full of young people, al-Sharqi sees a young man who he imagines “was waiting for a magic stroke of luck that would make one of the European women fall in love with him and extricate him from unemployment, ruin, and the killing wait for something that does not come.”

Rabee Jaber is one of Lebanon’s most prolific and award-winning authors: Although in his early 40s, Jaber is the author of seventeen novels. One was longlisted for the International Prize for Arabic Fiction (IPAF) in 2013, one was shortlisted for the 2010 IPAF, and in 2012, Jaber won the prize for his novel The Druze of Belgrade.

An author of wide-ranging talents and interests, Jaber has written historical novels (like Amreeka and Druze) as well as more magical, contemporary works. Mehlis straddles this divide: It is set in the very recent past, just before the release of the German judge Detlev Mehlis’s investigative report in October 2005. It has the pleasures of a Murakami novel, as it heads underground into a parallel world, and of a historical novel that precisely reports on a historical milieu.

Boudjedra has a reputation has a difficult author, and is often likened to James Joyce. This is the most straightforward thing I’ve read by him, and it’s certainly the funniest.

The book’s language is carefully crafted, and — swinging between plain, direct sentences to dense natural imagery — is at the heart of the novella’s enjoyment. Translator Leon Stephens worked hard to echo Boudjedra’s shifts in diction, and for the most part rebuilds the book’s humor and beauty.

Carnival is yet the third novel by acclaimed Lebanese-Canadian novelist Rawi Hage. Although Hage said he’d promised himself he wouldn’t write about his time as a taxi driver, in this novel he’s done it: “In the Carnival city there are two types of taxi drivers — the spiders and the flies. The spiders patiently sit in their cars and wait for the calls to come. But the flies are wanderers — they roam the streets, looking for the raised hands of passengers among life’s perpetual flux.”

This IPAF-shortlisted novel follows a Palestinian exile returning to Gaza after several decades who sits beside an Israeli on the flight. It is a fast-paced, compelling return to a much-changed city:

“I go to sleep at about 2 in the morning. I have not been asleep for more than an hour when I am woken by the sounds of dozens of muezzins. Their calls clash and jumble over one another, like a band of musicians warming up before a concert. I mutter to myself and try to go back to sleep. But not half an hour goes by when the calls begin again, now even louder and more cacophonous. It is as if these are not real muezzins, but trainees who have been told to practice all night long. What the hell? Are Gazans now required to perform the dawn prayers twice?”

Also, if you plan to read one of these, feel free to enter yourself into this summer reading contest, where you can win a copy of the 2013 Palestine Festival of Literature anthology.