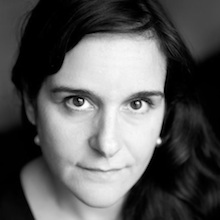 The military coup in Egypt has not only plunged the country into mass killings with over 300 dead and fear of a civil war, it has also tarnished the image of the revolution in 2011, writes Nathalie Besèr who met with Muslim Brotherhood leaders before the coup.

The democratically elected Morsi may not have been the schoolbook example of an accountable, inclusive and democratic leader as he tried to navigate Egypt out of decades of autocracy. His move to put himself above judicial review was condemned and seen as highly questionable worldwide. He also failed in communicating his intentions to the strong Egyptian middle class. His last speeches as the President of Egypt were severely out of touch and only impressed his closest allies.

His government was made up almost entirely of novice officials that battled with the old establishment in the bureaucracy, judiciary and media. As Jackson Diehl writes in Washington Post; ”in those respects, the government of Mohamed Morsi differed little from those of Juan Perón in Argentina, Hugo Chávez in Venezuela or Thaksin Shinawatra in Thailand.”

I was involved in different high-ranking meetings in Cairo the days leading up to the coup. The discussions involved Dr Amr Darrag, the Minister of International Cooperation and Minister of Planning, and concerned an eventual cooperation between Sweden and Egypt under the name of “The Nordic Way”. Amr Darrag was interested to get Swedish input on how to reform selected domains of the public administration and on anti-corruption. Dr Darrag was in charge of reorganising and modernising the ministry as well as writing a long term plan for the country. As Doctor of Engineering, Darrag had taken the task very seriously and had engaged a Japanese company to design a special programme for the implementation of the plan and now he wanted some advise from Sweden on how to reform the system. We also signed an agreement on a dialogue project that would involve youth and social media.

The worst-case scenario would be that the Islamists go underground

Amr Darrag’s office was located in a shabby building with only a few security guards at the entrance. The coffee was offered by a young man and the meeting involved mostly secular women, without head scarfs.

Meanwhile, there was a strange atmosphere in the city center. Streets were almost empty. The cars were all in line waiting to get fuel. Electricity cuts and fear stirred emotions.

In Cairo I received information that the smuggling tunnels leading to Gaza had all been closed down by the military. I had a friend trying to smuggle Swedish chocolate into Gaza, who was forced to cancel the operation. It might have been that the military tried to prevent Hamas from helping its mother organisation Muslim Brotherhood. The day after the coup gas suddenly poured freely into the stations again and there were no more electricity cuts.

Our discussions at the ministry never touched on the possibility of a coup, even though it now seems that it was very well planned and that many major actors were informed about it.

When General el Sisi proclaimed Morsi ousted he severely damaged the democratic process in Egypt with the risk of plunging the country into civil war. He also tarnished the whole concept of the Arab Spring. Removing the elected President within hours, he showed that the military was always in charge in Egypt, together with the mighty bureaucracy and the influential group of business people that not at all appreciated the political agenda of the Muslim Brotherhood. The so-called Deep State. They only changed the front figures – from Mubarak to Mursi.

Some of the liberals who still support the Egyptian Army claim it isn’t a coup because it expresses the popular will and they insist that normal rules or standards don’t apply to recent events; that they have created their own kind of revolution. They say that democracy comes from the street and what the people wants, it’s not only about ballots and boxes.

I suggest that this is a military coup by just about any objective definition of the phenomenon, from Monty Marshall, who has compiled data set on coups for the Political Instability Task Force:

to Samuel Huntington in his classic, Political Order in Changing Societies:

”The distinguishing characteristics of the coup d’état as a political technique are that: (a) it is the effort by a political coalition illegally to replace the existing governmental leaders by violence or the threat of violence; (b) the violence employed is usually small; (c) the number of people involved is small; (d) the participants already possess institutional bases of power within the political system.”

Supporters of military coups often have two illusions, writes Diehl; first, that the generals share their agenda and that their hated opponents, despite their electoral victories, can be politically annihilated. But, as Jackson Diehl points out; ”armed forces aren’t good at convening roundtables or implementing liberal platforms; they are good at using force. Even if they don’t torture and kill, they sweep up nonviolent political leaders, shut down media they regard as troublesome and try to impose political rules protecting their own political and economic interests.”

This is what is happening now. This is what happened in 2011, when the military removed Hosni Mubarak.

The last weeks’ bloodshed is, of course, a catastrophe and a disgrace for the military and the police that ousted the Islamist president with the argument to protect Egypt from instability. It is also a disgrace for the so-called revolutionary organisation Tamarod that went from raising the popular voice to supporting the military’s killing of unarmed civilians. It is also an utter disgrace for Mohammad ElBaradei, Washington’s favourite Egyptian and a man with great political aspirations. This is his time and chance, having totally failed to present himself in the democratic presidential elections. He is praised outside Egypt. Inside, not so much.

Egypt then. What is next? This is of course impossible to say.

It is a fact that the Muslim Brotherhood will not give up without a fight. It is by all ways of counting still the biggest mass movement in Egypt and used to repression and hardship. It still has strong support in Egypt and in the mosques. A big number of Egyptians feel deceived by the military and that their vote has been stolen. Even if Morsi only won with 51 % in the presidential election, the Muslim Brotherhood won the parliamentary elections in a very pervasive way.

Muslim Brothers might bide their time and restructure their strategies and become even stronger. They didn’t expect a military coup, but it is not the first time the movement is adapting to difficult environments.

The worst-case scenario would be that the Islamists go underground and answer to the repression with war, as happened in Algeria. A civil war is not a probable, but still a possible outcome of the recent events. Even if Egypt is not a heavily armed country today, except for the military, the case of Syria has shown that arms float easily and quickly in the Middle East when the structures are damaged.