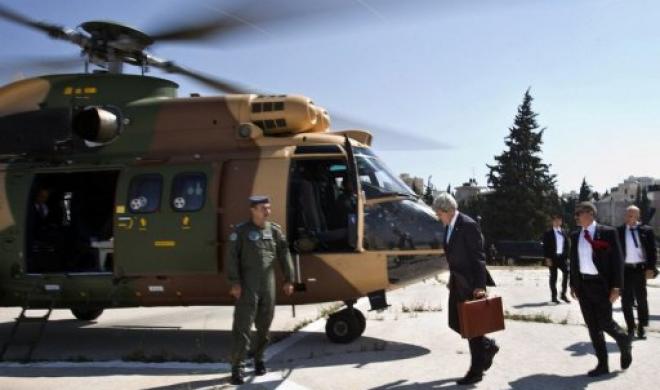 Katie Gonzalez spoke with Majid Rafizadeh, an Iranian-Syrian scholar and President of the International American Council, about the US brand of diplomacy towards Egypt. Rafizadeh shared his thoughts on the ongoing conflict in Egypt, as well as the recently resumed peace negotiations between Israel and Palestine.

YME: “The New York Times has described the Obama administration’s diplomatic efforts towards the Egyptian generals as a “balancing act.” Do you think this is a fair characterization?”

MR: “I believe it is a somewhat accurate and fair assessment. Nevertheless, I would argue that the balancing act is among three leverages. The Obama administration attempts to balance between the United States’ democratic slogans, its complicated and three-decade friendship with the Egyptian army and its ally’s national and foreign policy interest in the region — Israel. Every decision that United States makes and every foreign policy that it implements, takes into account the three aforementioned pillars.

The Obama administration is in a complicated situation in which it is trying to avoid portraying itself to be totally on the side of the military. This is due to the fact that the military is perceived as the institution which conducted the coup d’état to remove the previous president.  In addition, the Obama administration attempts to show that it supports a democratic system of governance anchored in the will of the Egyptian people. Furthermore, U.S. Secretary of State John Kerry has initiated the three-way discussions and peace talks between the Israeli and Palestinian leaders. As Egypt weighs heavily on the security of Israel, United States has to cautious about its foreign policies towards Egypt and its military.

“We should not set the standards and expectations so high”

YME: “Do you agree with the administration’s decision to continue sending aid to Egypt, or should the US be sending a stronger message to Egypt as violence continues to erupt throughout the country?”

MR: “I believe that the Obama administration has already sent a message of displeasure to the Egyptian army. By halting the delivery of four F-16 fighter planes to the Egyptian Air Force, they showed that they are concerned with the Egyptian inefficacy in resolving the issue, with the chaotic situation and with the recent violence in Egypt. Or, as Pentagon officials refers to this move, it is “an inside fastball to the military.

I think that the $1.5 billion American aid to Egypt has little role in affecting Egypt’s domestic unrest. In other words, halting the $1.5 billion aid to Egypt is less likely to resolve the violence and crisis in Egypt. The violence has spiraled out of control due to the fact that various factions and political parties are discontent with the political structure and they are struggling or battling each other to shape their system of governance.”

YME: “How will the United States’ actions toward Egypt now impact the recently resumed peace negotiations between Israel and Palestine?”

MR: “First of all, Egypt’s crisis and its military power can impact Israeli national security. Israel has relied on the Egyptian army for decades — since the 1979 peace treaty between Egypt and Israel — in order to remove the Islamic extremists in the Sinai Peninsula. On the other hand, the $1.5 billion American aid to Egypt underpins the 1979 peace treaty between Egypt and Israel. As a result, any policies which might affect the Egyptian army’s role in securing Israel’s security in the Sinai Peninsula, can also influence peace negotiations between Israel and Palestine. After all, the United States has to nurture and push both Israeli and Palestinians officials to this new round of peace negotiations by satisfying the basic security and territorial demands of both parties.”

YME: “Is Kerry’s goal to reach “final status agreement” between Israel and Palestine in the next nine months realistic?”

MR: “Kerry’s major objective is to chart out a comprehensive peace agreement within nine months. According to his statements, he would like the plan to lead to an independent Palestinian state. In order to reach a final settlement, both Palestinian and Israeli leaders have to make very hard calls. However, based on the growing and deep mistrust between the two parties — and based on the substantive gaps in their political positions — it is difficult to realistically believe that Kerry would be capable of scoring a victory and achieve his objective of the comprehensive settlement. The political positions of Netanyahu and Mahmoud Abbas — on issues like the shape of future borders, security arrangements and the status of Jerusalem — are too deep to bridge in the peace talks roadmap.”

YME: “What concessions do you think Israel will have to make in these negotiations? What will Palestine have to sign on with?”

MR: “In order to reach a resolution, Israeli leaders will have to reconsider their positions on core issues like borders, settlements, security and Palestinian sovereignty. On the other hand, the Palestinians will have to show flexibility in their demand for control over the holy places in Jerusalem and in their demands for the right of return for all refugees of the 1948 war and their descendants. Both parties will need to make some concessions with regards to the aforementioned core issues in order to reach a practical resolution.”

YME: “What factors do you think will ultimately determine the success or failure of these discussions?”

MR: First of all, I think we should not set the standards and expectations so high for these peace negotiations because this will more likely to lead to a failure. However, if this round of peace talks at least halts the downward spiral in Israel-Palestine relationships, then we can argue that progress has been made and John Kerry has scored a victory.

The major and urgent issue to address is the deteriorating and downward spiral in Israel-Palestine relationships. This is due to the fact that this downward spiral has been causing repercussions for both parties, complicating any attempt for resolution and preventing any possible peace talks. For example, due to this worsening relationship, Israel has been cutting off financing to the Palestinian territories and European nations have been warning that they curtail their investment in Israel, which will further isolate the Israelis.”