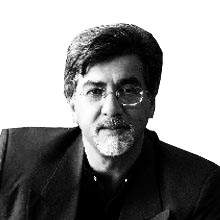 Mr. Hassan Rohani, the newly elected President of Iran, was sworn into office on August 4th.   While his inaugural address was well attended and well received across the world, including the United States, he still remains an enigma for most.

Mr. Rohani is certainly very different from his predecessor, Mr. Mahmoud Ahmadinejad.  According to Suzanne Maloney, “During his two terms in office, Ahmadinejad managed to outrage the world, erode Iran’s economic and political stability, and emerge as a man reviled and ridiculed abroad as well as at home.”

Rohani’s stance is different and refreshing.  He represents the “Development and Moderation Party” while he refers to his government as that of “wisdom and hope.” All throughout the campaign he carried with him a symbolic key indicating that he has the capacity to resolve Iran’s domestic and international problems.

Among the eight candidates approved by the Guardian Council (Iran’s Euphoric Presidential Elections: Is Rapprochement Possible?), Rohani came to the fore in the three rounds of debates where he was cautiously critical of the abundance of social and economic woes facing the country, not to mention the abuse of civil and human rights.  He even promised to draft a charter that would guarantee the rights of citizenship. Even before the elections of June 14th, there was a growing campaign for a candidate that would change course and opt for moderation in Iran’s relations with the international community.

Mr. Rohani has already fulfilled some of his campaign promises.  He has proposed a carefully selected bipartisan cabinet based on meritocracy, composed primarily of technocrats, many of whom are educated in the US.  His Chief of Staff, Mr. Mohammad Nahavandian, has a traditional Islamic education, a Ph.D. in economics from the U.S. and a US green card.  He has managed to be an integral part of the establishment since the Islamic Revolution, and is a trusted insider, with a close link to the clerics and the bazaar.

Another excellent choice is his proposed Foreign Minister, Mr. Mohammad Javad Zarif who was Iran’s UN Ambassador for six years, is well known in New York and Washington circles as an honest power broker.

Iran will have to redefine its involvement in Iraq, Syria and Lebanon

Many of the individuals nominated by the President are neo-liberals who served either or both of the former Presidents Khatami and Rafsanjani.  Many of them were also firm supporters of Mr. Mir-Hossein Mousavi and Mr. Mehdi Karroubi, both of whom were Presidential candidates in 2009 and who are now under house arrest.

One reason why Mr. Rohani has come across as a moderate is that the political atmosphere in the past four years was heavily dampened by the conservatives.  Mr. Rohani who was himself among the conservatives has since become a reformist out of sheer necessity. Rohani managed to secure 18 million votes primarily because of the public fear of the prevailing untenable conditions of the country and the need for change. What was needed was a saint or a savior to save the day. It was the endorsement of former reformist President Khatami and the moderate Rafsanjani that raised Rohani to the position of a “saint,” while mass popular support brought upon him the responsibilities of a savior.  He is expected to alleviate the social and economic hardships that have been accumulating for the past eight years.

The President has two major challenges ahead that require his immediate attention.  One is the economic woes at home and the other is the nuclear issue abroad.  In fact Iran’s problem both domestic and international is now intertwined into a single mothball that can only be untwined through careful and patient hard work.

ALSO READ Reclaiming the nonviolent side of history

Rohani can only partially resolve Iran’s domestic problems, the portion that deals with domestic mismanagement and incompetence under Ahmadinejad.  By bringing with him a team of able and seasoned economists, he hopes to put the economy on the right track and gain public confidence.  This is the most he can do during the first 100 days.  The other part of the economy has much to do with the sanctions.

The more difficult task facing Mr. Rohani is to unwind the paralyzing sanctions imposed on Iran by United States, its allies and the UN, particularly since 2006.  Many of these sanctions cannot be removed overnight.  As Ali Vaez puts it succinctly, “The president could nullify the White House executive orders imposed over the years.  But nearly 60 percent of these sanctions have also been codified into law by Congress, which puts amending or repealing sanctions beyond the president’s control.  Congress would also have to take action.” It is perhaps for this reason that already Mr. Rohani has concluded that Obama is “bewildered” and incapable of solving the problem of sanctions; certainly not at the speed he would like to witness.

It is obvious that all groups within the Iranian society, including the ultra-conservatives are willing to grant Mr. Rohani the opportunity to succeed.  After all, he is an insider who enjoys good relations with all elements within the Iranian political system.  In addition, his policy seems to be endorsed by the Supreme Leader himself who has deliberately kept a low profile in the current round of elections. The other clerics and critics have also followed suit in silence.  Perhaps economic pressures and crippling sanctions have won the day.  The message is clear that you need to be responsive to concerns of the world.

The road ahead is slippery and bumpy

In the meantime the west has made its initial assessment of Mr. Rohani.  He is noted to understand the world and the language of diplomacy.  He is willing to bargain with the west while pushing for Iran’s interests. He has already agreed that Iran will have to be more transparent on its nuclear programs and that what he expects in return is mutual respect. In fact, even before Mr. Rohani was elected to office there was a wide campaign by a semi-official Iranian Foreign Ministry paper, Iran Review, to present Rohani as a fresh face, and a man of moderation, despite his extensive security background.

After eight years of Ahmadinejad that left the economy in tatters and near bankruptcy and the country in isolation, both the radicals as well as the ultra conservatives have been sidelined in favor of the neo-liberals and the moderate conservatives who seem to be willing to work together for building a new Iran that would safeguard the Revolution.  If this succeeds Iran will have to redefine its involvement in Iraq, Syria and Lebanon and rebuild its relations with its Arab neighbors.  This will have to be accomplished on precisely identical terms that Iran demands from the Unites States, that is as equals and on mutual trust and respect.  The road ahead is slippery and bumpy but President Rohani seems determined to tread.