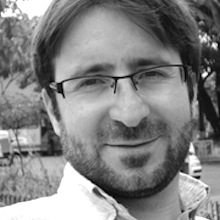 Islamic politics arrives at a critical turning point following the developments occurring in the key countries of the region, writes Mehmet Ozkan.

Following the July 3 military coup d’état in Egypt, the Syrian dictator Bashar al Assad, jumping to the opportunity, made a statement claiming that developments in Egypt were a reflection of the exploitation of religion in politics. Although this is not a meaningful statement in itself, it was a sign of re-appropriation of the classical Western approach in the region.

After the coup in Egypt, the West has avoided describing the conflict in the axis of Islamism; however, recent developments in the region have brought along serious debates in the West and among the Islamists over the way of conducting politics in the Middle East. How should Islamic politics be read in the context of the latest developments? My opinion is that Islamic politics arrives at a critical turning point due to the crucial event in the three key countries of the region: Turkey, Iran and Egypt.

Legacy of the past

The modernization and secularization movements in the early 20th century commenced almost simultaneously in these three key countries of the Middle East. Their radical and top-to-bottom experiences generated alternative approaches and oppositions in each of these respective countries.

“The West still does not trust the political actors holding Islamic traditions in the Middle East, and it does not know how to interact with them effectively”

While Islamic oppositions groups shared common ground, they attempted to affect power or to be in power by adopting different strategies. Following the 1979 Revolution, the Islamic movement came to power in Iran. Egypt experienced this only after the 2011 popular revolution. However, Morsi’s time as president was interrupted by the military coup at the end of the first year of the Muslim Brotherhood in power.

Turkey, on the other hand, followed a different path. The democratization process transpiring in the republic since 1950 transformed the Islamic movement in Turkey. In this case, the movement did not radicalize because it successfully carved a space for itself within the political system even though it was arguably limited.

Despite all these different practices, when it comes to doing politics, the Islamist actors in these three countries have begun to share the same fate as of June 2013. Hassan Rouhani was elected president in Iran; the Gezi Park protests took place in Istanbul, Turkey; and the military coup followed in Egypt on July 3. These developments should be read as the beginning of a new turn in Islamic politics. This new period is forcing a generation of more comprehensive, sophisticated and holistic politics for Islamists. Before examining the main elements of this new period, it is useful to contextualize the transformation of Islamic politics since the 20th century.

The 20th century can be evaluated roughly in four categories in terms of Islamic politics. The chief one of these is the first quarter of the 20th century in which politics was done reflexively to defend material-spiritual values against the Western colonial power. Due to the dismantling of the Ottoman Empire and deepening influence of colonialism in the Muslim world, Islamic politics embodied a reactionary tone.

Following the losses along the process, the second quarter of the 20th century, which may be regarded as the second period of the century, was a black period for Islamic politics. Muslims were not represented at the state level and pushed outside politics. Due to this alienation the movements prioritizing the protection of Islamic lifestyle and education were born. This was the main reason for the establishment of the Muslim Brotherhood in 1928 in Egypt. Similarly Turkish Islamic movements had no choice but to withdraw to the underground in the 1930s and the 1940s and adopt rather introverted policies because of the harsh conditions of the time to preserve the Islamic lifestyle.

After the World War II, Islamic politics entered its third period where Islamic actors, slowly but surely, regained a momentum and began to resurface in the political arena. The establishment of Pakistan as an Islamic state, as well as Turkey’s transition into a democracy with the Democrat Party period, and most importantly the formation of the Organization of the Islamic Conference in 1969 were the first signs of Islam’s appearance in the political sphere.

The fourth period was rather a testing phase for the awakenings of the previous periods. In this last period, which is the fourth quarter of the 20th century, the National Outlook tradition came to power in Turkey, as Algeria and Sudan more or less experienced their first Islamic political administrations. However, the Establishment both in these countries and in the West could not tolerate the situation; thus, their political presence were halted either by bloody civil war, as in Algeria, or political instability. These experiences galvanized the role on the Islamic movements and gave birth to the fifth period.

In this phase, the Islamic actors came to the fore with an emphasis on democracy rather than religion, and adopted a rather liberal tongue in their discourse. It was a successful period in terms of political leadership experience. Especially, the success of the Justice and Development Party (AK Party) in Turkey blazed a trail in the debates over the Islam-democracy harmony and became a source of inspiration for the Islamic movements in the region. Just as it was considered to be a successful period, a positive viewpoint regarding the future of the region formed in concert with the positive impact of the Arab Spring.

However, first the Gezi Park protests in Istanbul and then the military takeover in Egypt created the need to re-evaluate the Islamic movements’ way of doing politics. Again in the same period, Iran, which is pressured by the international community, elected a religiously conservative but moderate leader as its new president; and this signaled that Iran too will try to change the way of doing politics, at least rhetorically.

In terms of the developments transpiring in these three countries, the period of May-July 2013 was one where the fates of all Islamic political groups coincided, just as was the case in the beginning of the 20th century. Turkey, Egypt and Iran will of course follow different experiences in relation to their own historical processes. However, they currently share a common challenge as of now and that is the emerging reality of the insufficiency of coming to power through elections alone.

The challenge is no longer winning the elections, but rather to be able to produce and implement the policies effectively. What I mean by this is that governance at the political level does not automatically translate into a socio-economic domination or influence. This, of course, does not mean to overlook domestic processes and troubles unique to each country, but it is crucial to find the main vein of Islamic politics.

Characteristics of the new period

One should clearly see in this new period that the West still does not trust the political actors holding Islamic traditions in the Middle East, and it does not know how to interact with them effectively either. It is unlikely to foresee a change in Western attitude towards these groups in the short term. As such, it is perhaps the responsibility of these Islamic groups to find a new political language, style and strategy in order to participate in national political leadership and sharpen their presence for political sustainability. A key factor in this reform should be applying a much needed inclusive approach to their style of governance.

This inclusiveness has two dimensions. First is the visibility and implementation of a comprehensive political attitude because the majority of the time, inclusiveness is quickly noticed by people in very personal and real matters. As such, by merely applying a more inclusive approach, it will be felt by people and generate a greater affinity. The second is related to the use of a formative/distinctive language on a wide range of issue in efforts to control the discourse that shapes the formation of politics.

If the 21st century is an age where people mostly are informed or have shaped their viewpoints via the 140 character tweets on Twitter and via some sort of perceptions, then the management of these perceptions becomes one of the most important elements. This has been shown clearly in the aftermath of the Gezi Park protests in Turkey, and it has become a must for Egypt since January 25.

The second most important element of the new style of Islamic politics is prioritizing to develop the capability and means to implement a new type of politics that cannot only effectively use the political gains, but also shape the content, formation and the future of the politics within the country.

“Islamic politics has not come to an end, as Assad claims, but has faced the necessity of generating a new style.”

From now on, if an Islamic movement is actually interested in governing rather than simply being “in power” politically, implementing what I call muqtader politics is a must. What I mean by this is to not only focus on getting to power by elections alone, but intensifying and prioritizing the policies that shape the social and economic dimensions of the politics. The recent developments in the region have clearly showed that nothing is guaranteed even if one comes to power by winning 50 percent of the votes; unless the top 50 richest men are conscientious and descent natives who do not take orders from anybody or any place. It is clearly seen that a political gain through ballots cannot shape and govern the social-economical dynamics unilaterally. Indeed, voting does not hold significance by itself.

From this perspective, perhaps the real objective of the political actors having Islamic tendencies from now on should be influence over social-economic elements rather than coming to power through election processes alone. This is valid for the three key countries (Turkey, Egypt and Iran) of the region.

Despite the fact that Islamic actors have been in power in Iran since 1979 Revolution, they have neither achieved inclusiveness nor shaped the social-economic order in the country. In a political sense, being in power is a serious gain since the Revolution, but it has somehow started to lose its value over society.

In Turkey, the AK Party, after being in power for the last ten years, has seen through the Gezi Park protests that they are not really dominating the social-economic dynamics. This has been crystal-clear in the case of Egypt, where a democratically elected president has been ousted unreasonably by the military. It is seen that there is no guarantee to maintain the rights claimed with the popular support.

In this framework, the developments taking place in recent months have shown that the Islamic political actors from now on will assure political gains if and only if they achieve and demonstrate to have muqtader politics. Islamic politics has not come to an end, as Assad claims, but has faced the necessity of generating a new style. This new style should neither be defensive nor apologetic. On the contrary, it should be as assertive, as inclusive and as comprehensive as it can be.