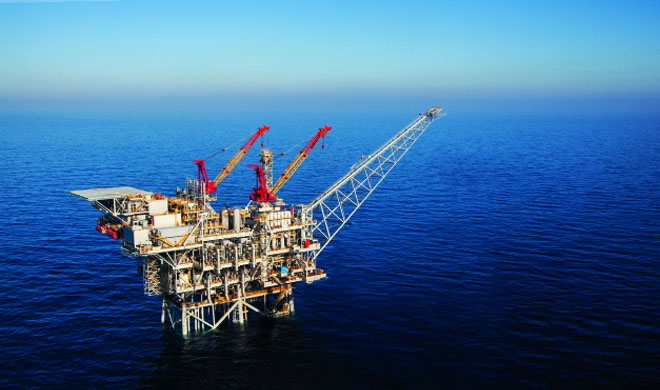 The Middle East’s power map is being redrawn. New circumstances indicate that Israel is the country with the largest oil wealth per capita.

When Moses led the Israelites out of the Sinai desert during the exodus from Egypt, he ordered them to take to the left, whereby they ended up in what is today’s Israel. In modern times, more than one Jew has blamed Moses for just that. One example is Prime Minister Golda Meir, who once complained that Moses had led his people during 40 years in the desert until he found ”the only place in the Middle East without any oil.”

But today it seems that Moses even according to Golda Meir’s and other whiners’ preferences actually picked the perfect spot. In recent years, circumstances have come to light that indicate that the Israelis is the people sitting on the largest quantity of extractable oil per capita in the world. In total, the country’s reserves are equal to those of Saudi Arabia, until recently the world’s unrivalled oil giant. Anyone can realise that this has the potential to fundamentally alter existing power balances and dependencies in the Middle East.

“If WEC’s estimates for Israel stand, the economic balance of power between the Jewish state and surrounding Muslim countries will shift dramatically”

The scenic Elah Valley east of Jerusalem can become the place where the faith of the Israelis for the second time is changed for the better in one blow. The first time was three thousand years ago in the Old Testament when Israel’s people were saved by David, who killed the giant Goliath and drove away the Philistines. Now, the Elah Valley is the epicentre of the energy eruption that Israel is expected to experience.

According to the London based World Energy Council (WEC), a leading global energy forum with stakeholders in 93 countries, Israel most likely possesses the world’s third largest reserves of shale oil: around 250 billion barrels. Only the US, with around one billion barrels of potentially extractable shale oil, and China with about a third of that, possess more. Most of this oil treasure is in the approximately 250 square kilometres large Shfela Basin between Jerusalem and Gaza – that is according to international law the oil is in the state of Israel, not the occupied Palestinian territories.

If WEC’s estimates for Israel stand, the economic balance of power between the Jewish state and surrounding Muslim countries will shift dramatically. According to the US based IDT Corporation, which holds the exploration rights in the Shfela Basin together with the domestic Israeli Energy Initiatives (IEI), there is even more shale oil below Israel’s surface, perhaps twice as much as the reserves of Saudi Arabia.

As if this was not enough, very large gas deposits in the Eastern Mediterranean have been discovered and extraction started by Israel and others. The so called Levantine Basin, which the until now fossil energy poor Greece, Cyprus, Syria, Lebanon, Israel and Gaza all make claims on, holds a virtual gas Eldorado below the seabed which the US Geological Survey estimate to at least 120,000 billion cubic feet. Of that, some 8,500 billion cubic feet are calculated to be in the Tamar field outside Israel’s northern coast and some 20,000 billion cubic feet in the Leviathan field out at sea, which borders or is partly within Lebanese territorial waters. In April, the first commercially produced gas was delivered from the Tamar field for further distribution on the market.

Russian gas companies have also shown interest in the deposits in the Levantine Basin, and state-owned Gazprom has already entered an agreement with Israel to buy gas and has bid for exploration rights. When president Vladimir Putin went on state visit to Israel last year, oil and natural gas was the major topic, which may have been the reason why Putin at the prayer site by the Western Wall in Jerusalem said some very unusual words for a normally Palestinian friendly Russian statesman: “You can see how the Jewish past is engraved in the stones of Jerusalem.”

Putin’s wheedling phrases can in the most generous case be interpreted as the predictive statesman’s ­– in a new situation where the vast Russian natural gas reserves will most likely meet hard competition. How the leaders of oil and gas giants such as Saudi Arabia, Iraq, the UAE or Iran will meet the new energy challenges from Israel will be very interesting to see. If the Chinese and Indian economic growth miracles continue, the energy exporters in the Persian Gulf will probably not have any major challenges to sell their black gold even in the future.

But the price on both oil and gas should reasonably stabilise or even sink, at least in fixed prices, as a result of the newfound deposits. It can create serious problems for the Saudi royal family to continue with its wasteful state economy that has conserved Saudi Arabia’s medieval social structure. And the ayatollahs’ Iran could with stagnating energy incomes be forced to lower their ambitions to become the hegemon of the Persian Gulf region.

The US’ and the rest of the Western world’s oil imports from the Arab states will drastically fall as a result of the extraction of own shale oil, which should also stir up the power relations in the Middle East. Saudi Arabia, which since the end of World War II has been able to lean on Uncle Sam’s protecting military hand, will most likely not be able to count on that Washington always prioritises the interests of Saudi and the oil emirates. In the long run, this could benefit the Iranian leaders who in parallel with other Middle Eastern conflicts have been involved in a historic rivalry with the KSA about who rules the roost in the region. But at the same time, this is a horrifying scenario for Israel: with an energy self-sufficient US that partly retreats to within its own shell, Israel’s sandwiched position between a number of poorer and historically grudging Arab states can be more exposed than ever.

For Israel, vast new oil income also risks creating another dilemma. “With money to be made in the energy sector, countries often lose ground in cultivating talent and innovative prowess in their populations. It is by creating a talented and innovative workforce that Israel has become the economic power it is today,” writes Yacine Fares in the February issue of Harvard International Review.

The experiences of some countries that have been granted vast oil and gas riches certainly look frightening. An Israel that in the future can wallow in free godsend runs a not negligible risk of loosing its national spark.

ALSO READ: The fallacy of the oil curse and the fate of the Arab world