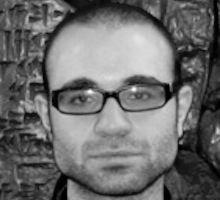 “Bladna” (our countries) is an Arabic word used by many Middle Eastern Christians living in diaspora to refer, usually with loving nostalgia, to his or her ancestral lands. Our countries: Lebanon, Syria, Jordan, Iraq, Palestine, Egypt. Our countries: Places where Christians have lived, worked, and thrived for two thousand years. Our countries: Newly forged states that have always been diverse and pluralistic.

But, notwithstanding all of this, are our countries still bladna? Do they still qualify as the ancient homeland of so many indigenous Middle Eastern Christians? Can they still be considered the very core of Christian history and the beating heart of the faith? Besides these questions, the most pressing that must be answered is: Do we Middle Eastern Christians deserve to call these places bladna? The hopeful answer to these questions is of course, yes. But in order to understand how I am approaching this issue, it is important to consider how so many of us, we Christians of the Middle East, grapple with our identities.

For far too long, many of us have looked west for assistance in whatever struggles we endured in our native lands. Even before our countries existed as modern nation states, there were some among us who sought to associate themselves with Europe out of some misplaced belief that the western Christian would protect us from the Muslim, that the western Christian would see us as equal members of Christendom and thus ensure our safety in the face of persecution. We sought to disassociate ourselves from the Muslim Arab world. We sought to be “different,” yet claimed to be of the Middle East.

As our populations continued to shrink, we thought we could remain separate and apart from our neighbors in the region. We developed an almost western hubris, a pompous attitude that did not change the fact that to westerners, we were just Arabs, the very thing we had hoped not to be. We adopted a mentality that made us believe that the West was an opportunity to truly belong somewhere that was not dominated by Muslims. But what we have actually done with this mentality is, in a sense, damage our connection to the Middle East. Our longing to be as western as possible essentially made us pariahs in our own states.

Far too many of our leaders have played the useful idiot of the imperialist. We gave western powers the opportunity to manipulate us, to be pawns in their game of hegemony. “We are Christians like them,” we said to ourselves. “We dress like them,” we told ourselves. “They respect us as equals,” we pathetically convinced ourselves. Yet, every opportunity we gave to the West to infiltrate our culture as Middle Eastern Christians rarely proved beneficial to us.

First came Latinization, which was an attempt by the Roman Catholic Church to make our Christian rites, especially those of us who are Eastern Catholic, less eastern, less Orthodox, and more western. It was intra-Christian imperialism at its finest.

Many Eastern Catholics began to forget the traditions that made our churches special. Gradually, many of our liturgical traditions were swept away in favor of Roman Catholic ones. The implicit tragedy lies in the fact that so many of those traditions and rituals date back to the time of Christ, to the time when Jesus himself walked upon the very lands from which our Christian identity is being erased.

Besides the imperialism practiced by the Roman Church, the governments of the West wasted no time in using us in their game of divide and conquer. The French were especially good at “favoring” us to the point where many among us, especially the Maronites of Lebanon, became well-behaved and docile Francophiles. But current realities should be enough to wake us from our sick delusion that the West recognizes us as partners in their wider Middle Eastern strategy. The western game in the Middle East today has served to exacerbate the mass exodus of Christians from the region. From consistently supporting Israel against the interests of the people of the Levant to safeguarding and promoting the Gulf’s most sectarian petromonarchies, the West has proactively contributed to a regional environment that is neither healthy for Christians nor stable for the wider population.

Moreover, the very extremists that the West, led by the United States, claims to be fighting in its War on (of) Terror, appear to be pawns used by the West to accomplish its maniacal geopolitical goals. Extremists, hell-bent on turning the Middle East into their new Caliphate, are killing those who oppose them, no matter religion. Unfortunately for so many Christians in the region, we, along with other Middle Eastern minorities, are bearing the brunt of this new holy war.

Thus, the harsh reality is this: In its quest for greater power and influence in the Middle East, the West could care less about us as Christians. Our continued existence in the land where Jesus carried out his ministry, in bladna, is truly superfluous in the minds of western policymakers. We must stop fooling ourselves into believing that we are somehow favored by the “Christian” West because we share the same religion (a religion that we in fact passed on to the West).

“Every one of us, whether Muslim or not, must resist the homogenization of our troubled region”

It is time to take pride in ourselves as products of the Middle East, the people who descend from the world’s first Christians, and strive to live as equals with our Muslim and non-Muslim brothers and sisters. Yes there are those in the Middle East who seek to destroy us. These insidious forces are in fact hoping to extinguish the very diversity that makes our region so beautiful. Nevertheless, the Middle East is as much our land as it is the land of any other religious or ethnic group that has found refuge there through the annals of history. Although the Middle East is at the center of the Muslim World, there is no reason why this should justify the extermination of the region’s non-Sunni. Every one of us, whether Muslim or not, must resist the homogenization of our troubled region and do everything in our power to support the type of peaceful coexistence that has characterized the Middle East for millennia.

As lofty and idealistic as the above-mentioned sounds, two things must realistically be done in order to help ensure that this goal becomes even somewhat a reality.

*  First, Middle Eastern Christians need to understand their place in the dichotomy of colonizers and the colonized. We are a colonized people in every way. Although Christianity itself was spread through colonization, we descendants of the world’s first Christians never sailed to faraway lands and used the sword and cannon to convert whole cultures to Christianity. It was Europe that did that. As a result, the burden is on us to resist colonization further and truly understand what it means to be in solidarity with so many other peoples who suffer from imperialism.  It is absolutely critical that we stop identifying with our western oppressors.

ALSO READ The streets of Jerusalem

*  Second, Muslims in the Middle East need to become more sensitive to the plight of Christians and other regional minorities. From the earliest days of Islamic expansion into the Levant and Egypt, Islam was primarily a religion of tolerance.  Somehow, although seemingly by design, the rise in power of certain Gulf petromonarchies, among other factors, has led to a process of Wahhabization of Sunni Islam. Muslims need to dig deeper into their history and discover that the creeping fundamentalism being fueled by Gulf oil money was never natural to the Islam of their forefathers. It is in fact part of the very same neocolonial project that all of us must resist. The time has come to move beyond the feeble, yet seemingly militaristic, resistance to western imperialism that the region has practiced since the 20thcentury and defeat foreign influences in our lands by showing the world our unity. We must stand together, Muslim or not, against the continuously rising tide of neocolonial encroachment that threatens to destroy not only our diversity, but bladna as well.

YOU MAY ALSO LIKE Mehmet Ozkan: A new period in Islamic politics