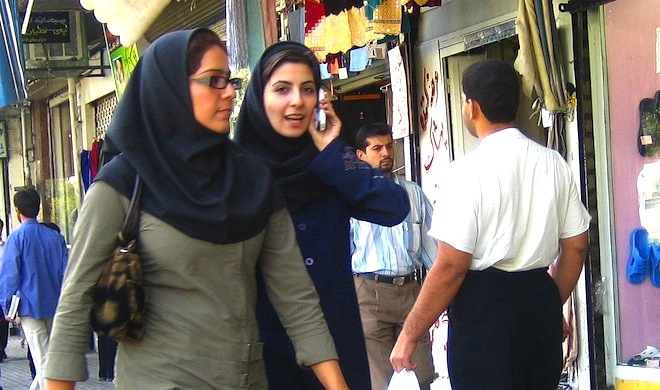 Iranian women’s rights activist Sussan Tahmasebi shares her insights on Iran’s new President Hassan Rouhani, and what this could mean for Iranian women.

Hassan Rouhani was elected as Iran’s new President on June 15, replacing Mahmoud Ahmadinejad’s tenure, which was characterized by hostility towards the international community, disregard for human rights, and in particular, an assault on women’s rights and freedoms. Rouhani, who took office on the August 3, is seen as a more moderate political figure who has promised to improve international relations, work towards the elimination of discrimination, and advance women’s rights.

Rouhani has brought to Iran an atmosphere of optimism – and with it, the pressures of responsibility and public anticipation. Already, human rights organisations such as the International Campaign for Human Rights in Iran and Amnesty International have published recommendations for Rouhani’s Government in terms of correcting the breadth and depth of human rights violations that are still centre stage.

For women’s rights, the mood is cautiously optimistic. Speaking to AWID last week, Sussan Tahmasebi, an Iranian activist who has worked for over a decade to promote women’s rights and strengthen civil society in Iran, said that women would like to see two things. Firstly, a reversal of the policies under Ahmadinejad’s government that pushed women back, and secondly, accelerative steps for women’s rights such as a reform of the legal system giving women equal rights, employment and social opportunities.

“Women went to the polls largely for the same reason other Iranians went to the polls. They wanted to vote for a candidate who promised to adopt moderate policies at home (and) internationally, break Iran’s isolation internationally, work to end the sanctions and improve the economy. One of the main things want to see is the ending of economic sanctions – because they’ve impacted the Iranian population very negatively, particularly women.”

“When we had a revolution more than 30 years ago, a conservative interpretation of Sharia law was adopted that limited women’s rights considerably. But, during these last 30 years, women gained a lot socially even if not legally. We have women who are in university at higher rates than men, professional women who are lawyers, doctors and parliamentarians. During Ahmadinejad’s tenure, there was a direct assault on women’s social gains – in line with the ideology that women should be mothers and wives first and foremost, but this assault did not even respect women as mothers and wives because we saw him put forth the Family Support Act that eased restrictions on polygamy. We also saw other policy measures (such as) quotas limiting women’s presence in university, a stepping up of the social safety program that targeted women on the streets for their dress, promotion of early marriage, the ending of the family planning programs, and a massive assault on women human rights defenders advocating equality. There was serious backsliding on women’s rights.”

Rouhani has publicly made certain pledges on women’s rights. Tahmasebi cites, for example: ending segregation at universities, which was something that Ahmadinejad implemented; pushing for employment opportunities for women and addressing discriminatory laws against women in the employment sector. Rouhani has also discussed easing restrictions on women’s dress, although Tahmasebi does not believe this will mean doing away with the mandatory Hijab: “this will probably translate into pulling back a little on the presence of the morality police on the streets… In reality he probably cannot do much in terms of allowing for women’s freedom of dress. It’s a very ideologically charged issue. But I think he may remove some restrictions and may end the arrest of women on the street for their dress.”

According to Tahmasebi, the Iranian women’s movement in the context of this new political environment is meeting openly now and making their demands known. This is in contrast to a movement in the last four years of Ahmadinejad’s tenure that had more or less ceased public activity. “If they were active, they were not as vocal about it. The social space for activism was much more limited and there was great uncertainty about what would happen. Some of it was based on repression, some on the poor economic situation, and some of it on a general sense of hopelessness. I think women’s movement activists expect to see a lot of the restrictions lifted in line with Rouhani’s promise to allow for civil society to operate freely”.

Tahmasebi described a group of independent Iranian women’s groups – made up of individuals that are not affiliated with the State – that are meeting on a regular basis since the election and gaining strength. These are “movement activists who have suffered a lot of backlash in the last several years but they’ve been coming together consistently to try to see what they can do, what they want to do, and how they should move forward in this new environment.”

Negotiating the sometimes-difficult terrain of how to work together is what Tahmasebi terms a “major component of these discussions”. This is partly due to Ahmadinejad’s stranglehold over civil society that limited activism but also because of the movement’s heterogeneity: “In the last four years, groups had , now it’s time for them to discuss how they can design larger collective actions based on consensus and in a manner where everybody feels comfortable. They are also trying to work out some of their differences, which I think is absolutely essential.  Especially after eight years under a security lens where conflict becomes more extreme… A lot of my colleagues in the (One Million Signatures) campaign are part of this group… many are younger activists, who are now in a position to lead collective actions.”

The One Million Signatures Campaignaimed to raise awareness of and change gender biased laws within Iran, and while they didn’t achieve their goal of one million signatures, Tahmasebi asserts that the campaign had a direct impact on Iranian civil society in other positive ways. For example, “bringing people into the movement who were new to activism, building the capacity of younger activists, (and) having an impact to change some of the laws…  Obviously during Ahmadinejad’s period we had a very negative policy environment in terms of pushing for some of these rights. The interesting thing is that the demand for equality and legal reform is now commonly expressed by all. In a recent interview Zahra Eshragh, the granddaughter of Ayatollath Khomeini, said that legal reform is the top priority. One of the achievements of the Campaign has been the creation of the discourse on equal rights, which is now common.”

When asked whether women’s movement activists have confidence in Rouhani’s promises, Tahmasebi says “We will need to wait and see whether he is committed to women’s rights in action”. Rouhani can “put forth proposals to the parliament to change laws for example, but the parliament has to approve the proposals,  and then the Guardian Council has to approve any legal changes, before they can finally be adopted. So Rouhani is not the final decision maker, but he can take positive steps.”

Personally, Tahmasebi welcomes Rouhani’s appointment of female Vice President Elham Aminzadeh, as well as the first female Spokesperson for the foreign ministry and the first female Ambassador to the UN. She stresses, however, that there is still resistance to women being in positions of power: “One of the arguments against women… has been ‘are they qualified?’. In the case of the Foreign Ministry for example, I think they’re probably as or more qualified than men because they go through the same rigorous training process. They are in the ranks, but not in high positions. There’s definitely a resistance to women moving up.”

The two female foreign ministry appointments have also sparked controversy over their Hijab. “They are dressed in the full black veil… I don’t know if it’s a regulation of the foreign ministry but certainly it is customary. The conservatives (are) saying they have to observe the Hijab if they’re going to represent Iran publicly and internationally. On the other side we have some very derogatory comments on social media sites like Facebook to the effect that these women don’t represent the Iranian woman and how she looks. (These are) two extreme and sexist positions on women in leadership roles perspectives, which target women beyond the usual arguments about their qualifications. Personally, I think this is a great opportunity, with the caveat that I hope they are progressive and positive on women’s rights and recognise these positions are critical in helping women move forward and break those iron ceilings.”

Rouhani has promised to set up a Ministry for Women, but this is also a ‘wait and see’ situation. Tahmasebi says that some women’s rights activists are reluctant about a Ministry for Women because they feel that it may isolate women’s issues, but adds “I welcome it along with gender mainstreaming policies, that require for example a deputy minister position within each ministry addressing gender issues.”

Rouhani’s election is encouraging, but requires women’s rights advocates to seize the opportunities

“I think there’s an opportunity for dialogue and discourse… communication and collaboration between civil society and government. But I don’t solely count on him, his government, or any other government to push for and advance women’s rights. What happens with the Rouhani presidency is largely, if not entirely, dependent on how women use this opportunity (and) also how we reach out to the public to create momentum… I don’t expect any miracles from Rouhani but if as promised he lifts restrictions on civil society we will have an opportunity to advocate for women’s rights.”

“It’s really civil society that’s going to push for change and the fact that government officials are  paying attention to legal change and women’s inclusion is the achievement of the women’s movement. Whether it’s the conservative women pushing for women ministers at high levels, or the independent women’s movement pushing for legal change, this is the achievement of the women’s movement. Everybody is talking about whether they’re committed to it or not, but this shows that everyone, including within the government, recognizes that women’s equality and inclusion is a priority and demand, which requires responsiveness. The onus is on us as the women’s movement to make sure that this responsiveness translates into achievements and guarantees for women.”

Sussan Tahmasebi is an Iranian activist and founding member of the One Million Signatures Campaign, a grassroots effort which promotes broad awareness on women’s rights and collects signatures of Iranians who support an end to gender-biased laws. She is also the co-founder of the International Civil Society Action Network (ICAN), an international NGO dedicated to supporting women’s civil society activism on rights, peace and security in conflict affected or transitioning countries. Currently based in the US, Tahmasebi, serves as the Director of ICAN’s MENA/Asia region program, which seeks to inform the international policy community on the status of women in the region; ensure women’s voices are heard at the international policy level; strengthen regional networking and solidarity, sharing of experience and expertise among activists in the region; and support the development of civil society.