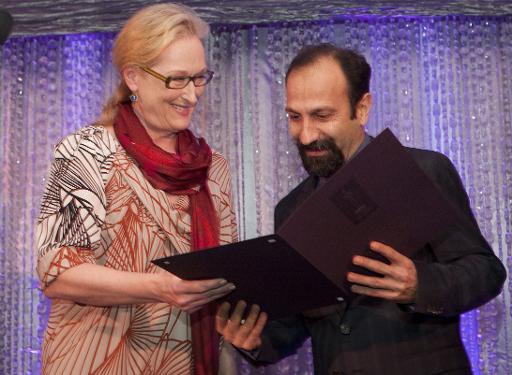 Iran has submitted "Le Passe," the latest film from "Une Separation" director Asghar Farhadi, for Oscars consideration in a move opposed by conservatives, who say the film is too French.

“Le Passe” (The Past) tells the story of an Iranian (played by Ali Mosaffa) who returns to France after four years away to sign divorce papers with his French wife Marie (Berenice Bejo).

During the journey, he uncovers a great secret weighing on Marie, her daughters and her new boyfriend.

Farhadi won the Oscar for best foreign language film in 2012 for “Une Separation” (A Separation), the story of an Iranian couple wrestling with whether to leave the country or remain to care for an ailing parent.

The Fars news agency, considered close to conservatives, criticised the decision, saying “Le Passe” was not only filmed in France but made with entirely French financing.

“Contrary to ‘La Separation,’ there is nothing Iranian in this film apart from a character who could have come from any other country,” it said.

“It would have been preferable to select a purely Iranian film like ‘Dar-Band,’ which would have presented a more realistic image of Iran,” it said, referring to another Iranian contender by Parviz Shahbazi.