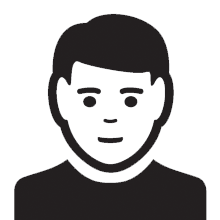 Here comes the new Western recipe for how to rule the Middle East: the no-state solution, writes Victor Argo.

Almost two years after the brutal killing of Libya’s revolutionary leader Muammar Gaddafi, Libya is in a bigger mess than ever. Instead of having a government willing and able to provide Libyans with their basic needs – security, personal freedom and economic development – Libya is hostage to numerous militia groups who call the shots in Tripoli, Benghazi and elsewhere in the country.

Last week, events in Libya took another rapid turn to the worse. First, an American commando kidnapped Libyan citizen Abu Anas al-Libi, a suspected former al-Qaeda operative. Al-Libi, born Nazih Abdul-Hamed al-Ruqai, didn’t expect to be snatched off the streets of Tripoli in broad daylight. The environment in a post Gaddafi Libya had been favorable to militants so far.

The Libyan prime minister Ali Zeidan must have sensed it: after the Americans had gotten al-Libi, he could be next. He was right. In a tit for tat operation, armed men took Zeidan from his hotel suite in Tripoli in the morning of October 10, 2013. As is turned out, the kidnappers were former rebels now affiliated with Libya’s interior ministry. They had come after Zeidan with a dubious prosecutor’s warrant, accusing the prime minister of collusion with the Americans in the al-Libi operation. They were probably correct in their assessment. However, after hours of uncertainty, Zeidan was released.

“What do Western powers want in the Middle East? Influence and a free hand!”

Libya has never been a state such as the concept of nation states is usually understood. Going from Ottoman reign to Italian colony to British rule, the country declared its independence as the Kingdom of Libya in 1951. The masters of Libya always knew that they had to balance the country’s diverging powers carefully between the very different regions of Cyrenaica in the east, Tripolitania in the west and Fezzan in the south. The tribal system of Libya never included a distinct sense of national unity.

Gaddafi’s regime, founded in 1969, represented an alternative way of ruling Libya, using an authoritarian control to suppress Libya’s strong regional identities. Gaddafi, in principle, disliked tribal roots, viewing such a system as an obstacle to modernization. However, to keep himself in power, he resorted to manipulate tribal allegiances himself, particularly co-opting Libya’s largest tribe, the Warfalla, into mutually beneficial agreements.

Therefore, also under Gaddafi, Libya never got to be the state some had wished it to be. Instead, it was run like a mafia clan. Members of the Gaddafi family were holding every important post in the country. The country’s affairs were managed via cell phones, with the Gaddafi clan members constantly on the move, doing business in Vienna, Paris and London. Gaddafi’s eldest son Saif al-Islam was a welcomed guest at every party north of the Mediterranean Sea. He attended the World Economic Forum in Davos, was granted a PhD from the London School of Economics and was featured on CNN as a new, promising leader of the Arab world. Some even liked and bought his amateurish paintings.

Things in Gaddafi’s Libya were not running too bad for Western powers. Gaddafi had been accused of terrorism, but after he had given up his nuclear weapons program – a grave error, as the future would prove – he seemed to have come to his senses. He played along nicely with his new friends in Western capitals who now acknowledged his self given role as King of Kings of Africa and important Arab leader. Of course, Gaddafi was still a nuisance, pitching his tent boldly on the Champs-Elysées in Paris, much to the embarrassment of French president Nicolas Sarkozy.

Gaddafi’s abysmal human rights record was now only a side story to the much more interesting economic prospects he was standing for. After all, you can’t make an omelette without breaking an egg. Or, applied to Gaddafi’s Libya: you can’t control a tribal society without an iron fist. Gaddafi was eager for money and invited foreign investment in his country. He had also become friends with China. His network in Africa was of great value for a China looking for natural resources to fuel its fast growing economy.

But then came the Arab Spring and it changed everything. The Western powers were latecomers to the show and missed the first two stagings in Tunisia and Egypt. One, two, three strikes you’re out – but this should not happen to the United States, France and UK, who feared their interests in the region being flushed down the toilets of history. Libya ideally offered the entrance ticket to the Arab Spring, and the Benghazi rebels (led by Mustafa Abdul Jalil who as Gaddafi’s minister of justice wanted to execute five Bulgarian nurses and a Palestinian doctor) functioned as their best man, giving the Libyan bride away. Finally, the payback time for Gaddafi had come.

After the Arab Spring was over in Libya, Gaddafi was dead. And in 2013, Libya is neither a tyranny, nor has it become a democracy, but an anarchy. During the NATO intervention in Libya, the rebels were depicted as a homogeneous force instead of a crack-prone umbrella group with a lot of tensions among them. With their common goal achieved, the dismantling of Gaddafi and his patronage network, the cracks would become more pronounced.

Gaddafi’s arsenals of Western weapons – Italy and the UK had taken a good chance on Libya after the arms embargo was lifted in 2004 – were looted by the rebels, with the weapons ending up in the Sahara region of Africa, leading to a subsequent security vacuum in the area. Ironically, France intervened in Mali in 2013 to stop the threat emanating form Mali’s north, chasing the same militants, armed with the same weapons, that France had supported during Gaddafi’s ouster in 2011.

Some of Gaddafi’s weapons also found their way to Syria, signed, sealed and delivered by the United States, to help the rebel forces there. In Syria, there is another strongman to be neutralized, another one who wouldn’t dance to the Western fiddle, Bashar al-Assad.

In Syria, just like in Libya, the rebels are generally portrayed as the good guys, fighting Assad, the personified evil. Only now, after Assad has agreed to destroy his chemical weapons, the West starts to root for him. A military success by Assad’s forces in Aleppo last week was much applauded in Washington and London since it helped to secure a chemical weapons site until then held by opposition troops.

Last Friday, the Peace Nobel Prize was given away to the Organization for the Prohibition of Chemical Weapons (OPCW) for their (future) efforts to eliminate chemical weapons in Syria. The prize could have gone to Assad himself for letting the OPCW people into Syria in the first place. Clearly, “the man you have to hate” is on the upswing again.

What do Western powers want in the Middle East? Influence and a free hand! Their favorite scenario would be a return to colonial rule where they can freely exploit the countries’ natural resources and use their soils as forward posts for their geopolitical projects. The second favorite outcome – still good – would be a authoritarian figure who listens to Western whispers and buys arms from Dassault and Lockheed Martin. Nobody cared about democracy in Iraq when Saddam Hussein fought Iran on the United States’ behalf.

“In Syria, the no-state solution has already well progressed”

However the tide has turned against the Middle Eastern strongmen. Their populations are revolting, demanding a more legitimate government and a broader participation in the political process. So here comes the third Western recipe how to rule the Middle East: the no-state solution. With Western help, often acting under a flimsy pretext of “saving civilian lives”, unwanted rulers are (more or less) quickly removed, only to be followed by: nothing.

In a no-state, the strong and determined thrive best. In a no-state, Western powers with their well defined economic interests and their military strength hold a huge advantage over a local population scrambling to find a new equilibrium in their society. The United States has established a strong military presence in Afghanistan and Iraq, encircling Iran. They kill suspected terrorists at will on any given day in Yemen, in disregard of national sovereignty. And they abduct Libyans in Libya, with no state power stopping them. For outside powers, the Middle East, including North Africa, has again been reduced to a frontier territory where Syria is the ultimate Eldorado.

In fact in Syria, the no-state solution has already well progressed. The stalemate between opposition and Assad forces is the desired outcome for Western bystanders. It means that nobody can win it all, but nobody will lose it all either. Assad has been downgraded from Syrian president with regional leverage to the biggest warlord in the country. Syria itself has been made a jihadists’ honey pot where jihadi fighters can go, let steam off and kill rather than attacking targets nearer to Western homes.

So far, only Tunisia’s revolution seems to be out of harm’s way, en route to a possible prosperous future. The country and its population should be thankful for the scarce natural resources Tunisia has to offer and for its rather insignificant geopolitical position. For the rest of the crowd it means: be wary of your teammates.