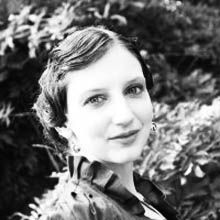 No matter who gets involved or which side ultimately prevails, Turkey will still be among the losers of the Syrian war, writes Claire Sadar.

Prime Minister Recep Tayyip ErdoÄan has been beseeching the international community to take action on Syria for over two years now.  Until the recent chemical weapons crisis, international community largely ignored the Syrian war. Even the heated threats that followed this incident cooled quickly with few consequences for the US or Assad’s regime.

However, Turkey has not had the luxury of watching this war from the sidelines. Its lengthy shared boarder with Syria has brought the frontline within sight of Turkish villages and driven hundreds of thousands of fleeing Syrian civilians to seek safety inside Turkish territory. Turkey tried desperately to mitigate the conflict at its outset and its impotent efforts seriously affected Turkey’s once “model” status in the region.

Though international organizations and the United States alike have clearly indicated that they wish to limit their involvement in the conflict, Turkey has become inextricably entangled in the Syrian civil war. This entanglement has already had dire international and domestic consequences for Turkey.

Just a few years ago, Turkey’s relationship with Syria was the centerpiece of Foreign Minister Ahmet DavutoÄlu’s “zero problems with neighbors” foreign policy. Turkey’s Prime Minister ErdoÄan and Syria’s President Assad had developed close political, as well as personal, friendship. As a result the two countries significantly relaxed controls and allowed greater freedom of movement for both people and goods across their shared border. The refusal of Assad to heed the Turkish government’s repeated pleas to halt violent reprisals on protestors was a significant blow Turkey’s aspiration to regional hegemony.

As Turkey quickly transitioned from one of Syria’s closest allies to one of its fiercest denouncers it became a safe haven for civilian refugees and Free Syrian Army fighters alike. It is estimated that there are as many as a half a million Syrian refugees currently in Turkey; about half are in camps with the remainder having settled independently in Turkish towns and cities.

Turkey has provided a remarkable amount of support for these refugees, largely at its own expense. It is also an open secret that the Turkish government has provided support to the Syrian rebels and allowed them to move freely across its border. The Turkish government’s backing of rebel groups has had serious consequences for Turks living along the Syrian border. Dozens of people have been killed inside Turkish territory by weapons fired from Syria. Most ominously, two car bombs which went off minutes apart killed 52 Turks and Syrians in the southern town of ReyhanlÄ±. Though the Syrian government denied responsibility, it is widely believed that the attacked was linked to Turkey’s support for the Syrian rebels.

Despite the fact that Turkey has universal male conscription and has been characterized as a relatively militarized culture, popular opinion has remained decidedly against invention in Syria. Perhaps this is because the threat to Turkish territory and citizens is all too real for so many Turks. The cross-border violence has proven how vulnerable Turkish civilians are to becoming victims of this war, even without an invasion of hostile forces. From their experience of the nearly thirty year long struggle between the Turkish government and Kurdish guerilla forces, Turks know all too well the devastation a long insurgency can cause. The current Turkish-Kurdish peace process has significant grassroots support among the Turkish population.

Worryingly, the situation in Syria has complicated these peace talks. A Kurdish political group known as the PYD, which has ties to the Turkish Kurd insurgent group the PKK, has carved out an autonomous region in northern Syria bordering on Turkey. Though the Syrian Kurds are not aligned with Assad, and it is in Turkey’s interest to have at least one area of stability on its border, the Turkish government has been reluctant to openly or even tacitly support a Kurdish controlled region in Syria for fear it will reignite Kurdish aspirations for control of Turkish territory. This fear may have led Ankara to support al-Qaida affiliated groups which have been attacking Kurds in northern Syria. True or not, these accusations tarnish the Turkish government’s claims that it is genuinely seeking peace with Kurds within its own borders.

It was impossible for Turkey to stay neutral in the Syrian conflict. The influx of refugees paired with the ethnic and religious ties that span the border made the material stakes too high.  However, from the beginning it was also almost impossible for Turkey to see a positive or even neutral outcome from the war.  Syria’s implosion destroyed the credibility of its foreign policy, created a humanitarian crisis within its borders and inflamed already delicate interethnic relations. Assad’s possession and use of chemical weapons is only one of many problems Syria has created for Turkey. No matter who gets involved or which side ultimately prevails, Turkey will still be among the losers of the Syrian war.