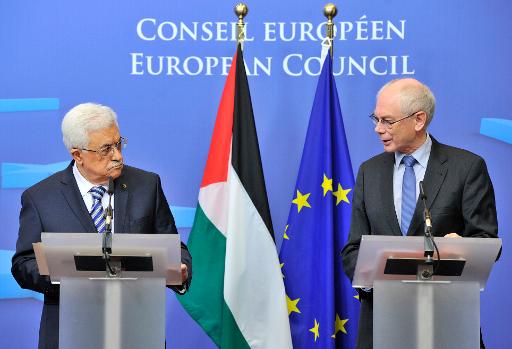 Palestinian president Mahmud Abbas on Wednesday urged European and other foreign companies not to deal with businesses based in Jewish settlements.

“I call on European companies and foreign companies doing business in the settlements to put an end to their activities,” he said after a meeting with European Council president Herman van Rompuy in Brussels.

“Such activities are a violation of international law,” he said.

Abbas said such a boycott would not be aimed at the state of Israel but only targeted at Jewish settlements on occupied Palestinian land in the West Bank and east Jerusalem.

A UN rights expert has singled out several major international firms — including Motorola, Hewlett Packard, Veolia, G4S and Volvo Group — for their involvement in building and maintaining settlements.