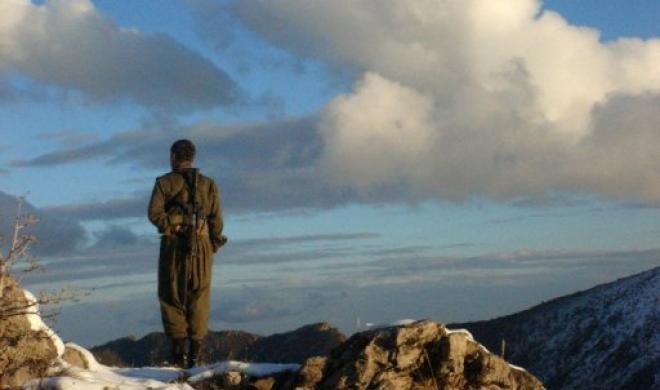 There are two major options for Turkey, either it assumes multiculturalism as business as usual where the dominance of Turkishness remains intact, or it engages in a serious dialogue with the Kurds that necessarily entails the relinquishment of naturalized and unearned Turkish privileges, writes Barzoo Eliassi.

When Kurds are discussed in academic and journalistic contexts, they are mainly referred to as a “minority” with claims and politics that challenge the authority of the four nation-states Turkey, Iran, Iraq, and Syria.

Although these four nation-states have been deploying different political strategies to assimilate or exclude the Kurds, their common aim has been to prevent the establishment of a Kurdish nation-state.

Likewise, there is no single national Kurdish movement that has been able to bring Kurds from all four parts under its umbrella, since Kurds were imposed different state affiliations by colonial powers and the dominant nationals (Turks, Arabs and Persians).

In the last decades, we have been witnessing a political shift where Kurdish movements are no longer ghettoized, but have taken international and transnational characters that cut across different national boundaries. Due to globalization processes and the proliferation of modern communication technologies, Kurds have been able to organize themselves globally to endorse Kurdish rights.

Kurdish claims have long been repudiated by these states for being “separatist”, “terrorist”, “tribal”, “reactionary”, “anti-Islamic”, or a “Zionist conspiracy” to divide the Muslims through the creation of a Kurdish nation-state.

Labeling and assigning negative collective attributes to the Kurdish demands should be understood as argumentative strategies to justify and reinforce exclusionary policies against the Kurds but also to maintain a political status quo.

It is politically unconscious and incomprehensible to blame the Kurds for the very divisions that exist in the Middle East since Kurds as a collectivity were not proactively engaged in these processes.

So what is the disagreement about between the Kurds and their dominant others? The French philosopher Jacques Rancière has rigorously insisted that disagreement is not about a conflict where one says white and another says black. For Rancière, it is a conflict between two sides who offer different explanation, meanings and interpretation about what whiteness means to them.

Put differently, both Kurds and the dominant nationals in Turkey, Iran, Iraq, and Syria talk about equality, unity, brotherhood, and equal citizenship but their understanding of how these issues should be addressed are different and often incompatible.

For instance in Turkey, Kurds are hailed by mainstream Turkish parties to accept the Turkish citizenship as the right answer to their claims and needs, while the Kurdish movement responds and underlines that this citizenship has concealed the dominance of Turkish ethnicity that has been imposed on the Kurds through structural, physical and symbolic violence. Mainstream political parties in Turkey are saying that there is no need for a Kurdish or pro-Kurdish party since the existing political parties can fulfill the demands of all Turkish citizens. This political strategy aims to end the politics of the Kurds and saying that there are no differences or political distances between “Turks” and “Kurds”.

“As long as the Turkish identity is assumed as the actualized ONE which sets the rule for the game in an uneven playing field that permeates this violent relationship, Kurds cannot expect equality”

Kurdish politics needs be formulated in a way that makes the principle of equality, representation and recognition its central activity. Moreover, Kurdish politics is due to the effects of domination by the dominant nationals and lead to the existence of the Kurds as an entity. As Rancière puts it eloquently, “politics exists when the natural order of domination is interrupted by the institution of a part of those who have no part”.

When Kurds question the arbitrary dominance that they are exposed to, they are asserting themselves as political since they make judgment about what is politically just and unjust. For example, if Kurds and Turks are equal, then they should have equal material and normative presence within the same polity. Why should this polity be called Turkey at all when the Kurds claim their region to be Kurdistan or the Kurdish region? “Turkish citizenship” is already an indication that asserts the direction of Turkishness as the master identity of this polity.

The first thing that Kurds should do is to reject the notion of “minority” since this is a political construct and an imposed reality. The concept of minority is often constructed as a political anomaly through interplay of power and political interpellation. Kurds are referred to as a minority, despite the fact that they constitute an overwhelming majority in their regions.

This reference to the Kurds as a minority qualifies the Turkish identity as the universal identity of Turkey. Yet, Turkish identity/language is a particular identity that has gained universality through ideological and political dominance. This universality is based on arbitrary dominance that has been naturalized and imposed through violence and assimilation.

Note well that one of the central strategies of the Turkish state to eradicate the Kurdish identity have been through killing the Kurdish language in both spoken and written form. Another problem that emerges is when the Kurdish language is situated within an uncritical multiculturalist framework. In the light of Turkish paternalism and benevolent representation of the Kurds, the “multi” in multiculturalism carries the identity of otherness where the Turkish identity escapes being named, ethnicized, marked and object of interrogation or contestation.

As long as the Turkish identity is assumed as the actualized ONE which sets the rule for the game in an uneven playing field that permeates this violent relationship, Kurds cannot expect equality but will remain ghettoized within their ascribed minority position waiting for “charity” from the Turkish state.

There are two major options for Turkey, either it assumes multiculturalism as business as usual where the dominance of Turkishness remains intact, or it engages in a serious dialogue with the Kurds that necessarily entails the relinquishment of naturalized and unearned Turkish privileges.

The problem with the current state of affair is the steps that are taken by both the Turkish side(s) and the Kurds still want to merge the Kurds within the Turkish national equation without changing the power of political Turkish identity. If Kurds enter this national equation, they will not be able to alter the power of that normativity that permeates all societal structures in Turkey and in the Kurdish region. Kurdish politics should be about decentering and undoing the privileges that Turkishness embodies which lead to oppression and discrimination of the Kurds.