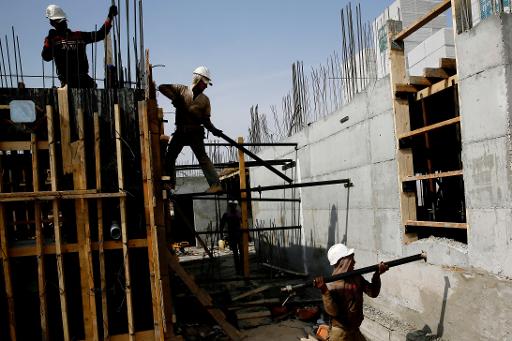 Israel is planning to move ahead with another 3,360 new settler homes in the West Bank, Haaretz newspaper reported on Thursday, quoting an MP from the ruling rightwing Likud party.

Prime Minister Benjamin “Netanyahu’s government will begin advancing a series of construction plans in east Jerusalem and the West Bank to the tune of some 5,000 new housing units, in an effort to ‘offset’ the release of Palestinian prisoners earlier this week,” the paper said.

The figure includes the construction of 1,500 new homes in east Jerusalem which was announced early on Wednesday immediately after Israel freed 26 long-serving prisoners in line with its commitments to US-backed peace talks.

But the report also detailed plans for another 3,360 homes which are to be pushed through various stages of the planning process.

Some are to be built in large settlement blocs Israel hopes to retain in any final peace deal, while others are slated for construction in isolated settlements deep in the West Bank.

The information was revealed by Ofir Akunis, an MP from Netanyahu’s ruling Likud, the paper said.

Akunis could not immediately be reached to confirm the details.

The report said the government would market land “for the immediate construction of 860 housing units in settlements in the major blocs” naming Ariel, Maaleh Adumim, Givat Zeev, Beitar Ilit, Kareni Shomron and Elkana.

Plans for another 1,400 new homes in both the blocs and in isolated settlements will also be submitted to the planning division of the Civil Administration, which is responsible for West Bank construction permits.

And plans for another 1,100 units, which have already advanced some way through the lengthy planning process, will also be pushed forward, the paper said, adding some were tabled for isolated settlements like Shiloh and Nokdim.

Contacted by AFP, a senior government official appeared to confirm the report, although he did not cite specific numbers.

“Only the 1,500 new housing units will be built,” he said, referring to Wednesday’s announcement about construction in the east Jerusalem settlement neighbourhood of Ramat Shlomo.

“All the rest of the numbers that were published in the last day are only relating to the planning process and not to actual construction.”

Israel is currently engaged in direct peace talks with the Palestinians for the first time in three years, following intense pressure from Washington.

The previous round of negotiations collapsed in September 2010 in a bitter dispute over Israel’s ongoing construction on land seized in the 1967 Six Day War, which the Palestinians want for a future state.