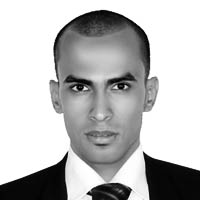 The world talks about democracy and nuclear weapons in Iran. But what about the country’s 300,000 Christians who are having their human rights violated? asks Mohamed Zayed.

Since the 1979 Revolution that toppled the Shah’s regime, Iran has seen itself as a religious state that sponsors the Shi’a doctrine in the Muslim world, seeking to export its revolution to the neighboring countries. It supports its fellows in Iraq, Lebanon, Asia, and other parts in the Muslim world scholarly, logistically, and morally.

But it does not ignore its home front; the regime seeks hard to foil any attempt to spread any other religions or sects opposing its Shi’a beliefs at home. The Iranian government has imposed suffocating restrictions on religious minorities: Sunni Muslims, Baha’is, Jews, and especially Christians. Former President Mahmoud Ahmadinejad was so concerned about the spread of Christianity declaring his own aim: “I will stop Christianity in this country,” according to CBN News.

These words revealed the worry within the Ayatollahs regime about the growing numbers of Christians in the Islamic Republic. According to UN figures, 300,000 of them live in the country, the majority of whom are ethnic Armenians. The security forces in Iran put cameras around the churches throughout the republic to have their eye on the activities of the Christians. But above all, the security apparatus seem very concerned about the conversion from Islam to Christianity among the Iranians. However, the right to freedom of religion is enshrined in the Universal Declaration of Human Rights, and Article 23 of Iran’s own constitution states the right to freedom of religion.

There about 73 churches registered in Iran. But most of the Christians find comfort at house churches, eating, praying, celebrating, and socializing freely, like their counterparts in China. But the state found that the situation would be out control, so it decides to raid the house churches for two reasons: curtailing the number of Muslims converting to Christianity and watching the activities of the Iranian Christians.

In March 2009, according to domestic human rights groups, a revolutionary court closed the Pentecostal Church of Shahr Ara in Tehran that is affiliated to Assyrian Christians. It was reported that the government said that the church had committed illegal activities of converting Muslims to Christianity and accepting converts to worship as members of the congregation.

UN’s Special Rapporteur for Human Rights in Iran, Dr. Ahmed Shaheed, said in a report that “at least 20 Christians were in custody in July 2013. In addition, violations of the rights of Christians, particularly those belonging to evangelical Protestant groups, many of whom are converts, who proselytize to and serve Iranian Christians of Muslim background, continue to be reported.”

In addition, according to Christian Solidarity Worldwide, four men were convicted on October 6 after being arrested in a house church last December and charged with drinking alcohol, violating the theocracy’s strict laws. This despite the new President Hassan Rouhani’s promise to improve human rights following his victory in the Iranian president elections, criticizing government intervention in Iranian lives and pledging dialogue.

Unfortunately, the western powers Europe and USA put more focus on Iran’s nuclear issue and their regional interests in the Middle East, almost ignoring putting pressure on the Islamic Republic to ease restrictions on the activities of the religious minorities, particularly the Christian community there.