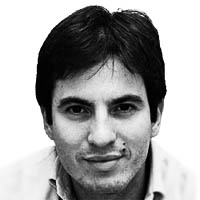 In a recent article on Al-Monitor, Israeli journalist Ben Caspit claims that Palestinian writer Linah Alsaafin and anyone else who refer to the “northern Palestinian coastal city of Acre” is talking “in fantasies”. The Palestinian people and the Palestinian state are in fact, according to Caspit, “a modern invention inspired by Israel There were never such a people and such a state. Now, thanks to the Israeli occupation, there are.”

Each of these claims, besides not bringing any real benefit to the interested parties, is vitiated by the transposition of values, uses and traditions which are as relevant in many Western societies as they are negligible within the realities to which they refer to.

The “state”, for example, is a modern concept imposed on the region by “outsiders”. What made the difference for the “insiders” was, besides religion, the provenance from a certain village, the belonging to a specific family clan, the use of a particular dialect, a way of dressing, a product of the earth, a religious festival (the Nabi Musa festival, for example, was a clear expression of a proto-national cohesion), a dance. Before the imposition of the nationalist ideologies and the emergence of exclusivist approaches, it was these factors, not primarily political identity, that defined “Palestinianness”.

Most of the Arab Palestinians that Caspit and many others defined as “non-existing”, “former invaders”, or “foreigners”, were, in reality, people deeply rooted in what Khayr al-DÄ«n al-Ramli (1585-1671), an influential Islamic lawyer from Ramla, defined in the XVII century “FilastÄ«n bilÄdunÄ” (“Palestine our country”); the fact that it was not a separate political and administrative entity did not make al-Ramli’s “FilastÄ«n” less real.

“In Israel there is a minority composed by one and a half million Palestinians: the fact that in most cases they hold an Israeli passport doesn’t ipso facto erase their Palestinian identity, nor undermines in any way Israel’s legitimacy”

Maxime Rodinson explained the “former invaders’s myth” taking the English people as a term of reference. “It is ridiculous”, Rodinson clarified, “to call the English of today invaders and occupiers, on the grounds that England was conquered from Celtic peoples by the Angles, Saxons and Jutes in the fifth and sixth centuries. The population was ‘Anglicized’ and nobody suggests that the peoples which have more or less preserved the Celtic tongues — the Irish, the Welsh or the Bretons — should be regarded as the true natives of Kent or Suffolk, with greater titles to these territories than the English who live in those counties.”

Contrary to what Caspit claims, Acre didn’t “(start) out as a Hellenic city” and was not supposed to be part of the Jewish State suggested by the UNGA. The origins of the city are much older and its name didn’t change in the last 4.000 years. It was known as ‘Akka (Ê»AkkÄ in Arabic, Akko/Acre in Hebrew) in the Egyptian Execration texts of the 20th-18th centuries BCE and it is known today with the same name by its Palestinian inhabitants. No one denies that the name of the city of Dimashq (Damascus) remained unchanged for many thousands of years. The same approach should be applied in regard to Ê»AkkÄ. This further confirms the great continuity that characterized the history of the region throughout the millennia.

To claim, as Linah Alsaafin did, that Acre is a “northern Palestinian coastal city” is no more and no less than to recognize that in Israel there is a minority composed by one and a half million Palestinian (“Arabs”) citizens: the fact that in most cases they hold an Israeli passport doesn’t ipso facto erase their Palestinian identity, nor undermines in any way Israel’s legitimacy. In 1922 the population of Acre was composed by 75 percent of Muslims, 21 percent of Christians, 2 percent of Baha’is, 1 percent of Jews, and 1 percent of others. Today it is a mixed city with a Jewish majority. To expect that from Linah Alsaafin’s perspective this new demography is sufficient to erase its Palestinian heritage means to adopt a solipsistic approach.

But the most problematic point in Caspit’s article is perhaps the section focused on the partition of 1947. The author claims that “Arabs” (Palestinians), “as they invariably do”, said no to the partition plan and that afterwards “seven regular Arab armies invaded the land”. Despite the fact that “seven regular Arab armies” didn’t exist at the time – Saudi Arabia and Yemen did not have regular armies, Lebanon’s army never crossed the international frontier, Iraq’s and Transjordan’s armies never entered the territory the UN allotted to the Jewish state – no one can deny the historical mistakes made (also) by the Egyptian army, the Arab Liberation Army, and the Army of the Holy War. The latter included also a few hundreds of Palestinians. A more accurate and balanced assessment on this issue, however, should be considered the one recently provided by Uri Avnery, a protagonist of those days. “No one asked the Arab Palestinians”, Avnery noted, “whether to accept or reject anything. If they had been asked, they would probably have rejected partition, since – in their view – it gave a large part of their historical homeland to foreigners. The more so, since the Jews, who at the time constituted a third of the population, were allotted 55% of the territory – and even there the Arabs constituted 40% of the population”.

The tendency to simplify, deny or demonize the other is very common among Palestinians and Israelis alike. The reasoning beneath these mental approaches is clear: we don’t know and/or understand you, thus you don’t – or didn’t – exist. To deconstruct this attitude is a precondition for any serious attempt to achieve a mutual understanding between Israelis and Palestinians. There are two rights, two deeply rooted histories, and millions of diverse traumas: no one should be allowed to simplify the ones of the other.