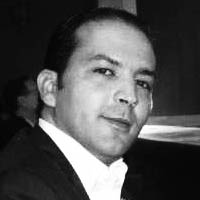 If Obama wishes to mark a decisive turning point in a new foreign policy, he will have to choose his preferred strategic partners in the Arab world. The choice of King Mohammed VI of Morocco appears an obvious one, writes Nabil Ouchagour.

Is John Kerry incompetent? To glance upon the number of articles that criticize him, one may justifiably pose the question. Yet, upon analysis perhaps Kerry is an innocent in the unfortunate position of assuming Secretary of State at the dawn of a new political era.

“The Post-American World”, as the journalist Fareed Zakaria puts it, pushes Washington to launch a real transformation of its “global strategy”. According to the CNN and Time journalist, the United States must learn to share power, create coalitions and build legitimacy. The question arises: Can “The Post-American World” survive a new era in which the United States no longer dominates the global economy, orchestrates geopolitics and influences global culture?

The answer is obviously yes. Different think tanks are actively addressing balance sheets, imagining scenarios and forming recommendations. The influential “Atlantic Council” in September published a report to this end, the title of which says it all: ” US and EU: Lack of Strategic Vision, Frustrated Efforts Toward the Arab Transitions.” The research center underlined the reluctancy of Congress to dedicate a fund for countries in the region, and asked Obama to focus on the needs of Arab countries at a national level. The final recommendation of the report recommends adherence to trade agreements and the promotion of private investment while offering support for economic reform when possible.

“Morocco can boast several trump cards during this visit, due in large part to its position as the primary US interlocutor in the region.”

The report highlights the need for a new form of strategic approach as the best hope for the encouragement of democratic stability in the Arab Spring region. “The United States and the European Union cannot generate or ensure democratic transitions in the Arab transitioning countries; that is the task of their own leaders and citizens.” The underlying message is for the US department of state to intervene as little as possible. The paragraph concludes, however, by recommending the United States and the European Union to pay close attention to the progress of the Arab countries.

If there is one point to add to this report, that stays loyal to the overall theme, it would be, precisely, to compare the analysis issued from various Washington think tanks with the analysis of institutes and research centers local to the Arab region.

In this sense, Morocco is a prime example: An active and diverse civil society, where young people are becoming more and more visible in the political sphere and the most stable transition in the region bolstered by a number of research institutes and think tanks with international credibility. These are propitious omens for the upcoming visit of the Moroccan monarch Mohammed VI to the United States—an event that marks a shift in relations between the two countries.

Though it is the first meeting between President Obama and King Mohammed VI, there is a raft of topics to discuss: The strategic dialogue launched between the two countries for example, or the Free Trade Agreement, which came into force in 2006, and the Compact Millennium Challenge Account of approximately 700 million dollars.

Morocco can boast several trump cards during this visit, due in large part to its position as the primary US interlocutor in the region. The decision not to take up membership in the African Union pushed Morocco into using an anticipatory and pragmatic approach to its relations with other African countries, a strategy that, after many years, has made it an incontestable leader in the region.

In an article published recently in the Huffington Post, the director of the Brookings Doha Center demonstrated how King Mohammed VI, a graduate of the ‘Arab Leaders, Class of 1999’, is the regional leader who has best handled the transitory process of the “Arab Spring”. If Obama wishes to mark a decisive turning point in a new foreign policy, he will have to choose his preferred strategic partners in the region. The choice of King Mohammed VI appears to me an obvious one.

ALSO READ: Did America lose control of the Middle East?