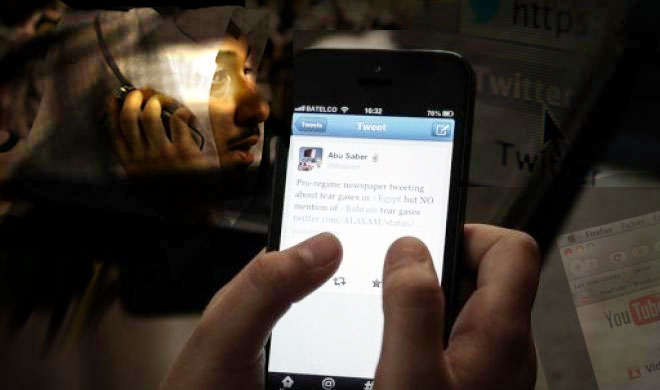 The Middle East has a growing appetite for smartphones, YouTube and social media, creating a highly dynamic and rapidly evolving digital environment.

As anyone with even a passing interest in online media and technology will know, this is a space which does not stand still for long. Barely a week passes without the launch of a new high profile website, app or some other piece of all-singing, all-dancing, tech paraphernalia.

This sentiment is just as applicable to the Middle East as it is to other parts of the world.

In particular, high mobile penetration, the growth of social media and the high proportion of youth amongst the region’s population, are all paying a role in creating a highly dynamic and rapidly evolving digital environment.

However, this is also a space where a number of stories go unreported, or where you need to monitor a vast range of specialist sources to paint the full picture of a fast-changing landscape.

In a bid to redress this, I started to produce a series of regular bulletins, offering an editorially neutral summary of digital developments from across the region as well as highlighting global trends which may impact on the Middle East at a later date.

Here are five developments from the last three months that are particularly worth noting.

1. Video, forums and eCommerce are MENA’s most popular online activities: research across 9 countries by the market research group Ipsos MENA revealed that 59% of Internet users in the Middle East watch videos online each month, whilst just under a third (30%) participate in forums. Interestingly, considering the fact that e-commerce is still seen as a fairly nascent market in the region, 28% of Internet users also undertook some sort of e-commerce activity.

2. Nearly 75% of people in the UAE owns a smartphone: data from Google suggested that this was the highest level of smartphone penetration in the world, just ahead of South Korea. Saudi Arabia came third, with 72.8% of KSA’s population owning a smartphone.

3. Engagement with brands via social media increases during Ramadan, according to a study by the Middle East based social media agency The Online Project. Their report highlighted substantial differences across the region in terms of which brands people engaged with the most, and when they engaged with them. Nonetheless, the overall trend was clear.

5. MENA users upload around 2 hours of video every minute on YouTube. This stat was reported by TFour.me in their coverage of the fourth annual Arabnet Conference. The extent of the region’s engagement with YouTube was reported earlier in the year when the Mohammed Bin Rashid School of Government reported the same statistic whilst also noting that: “In the Arab region, 285 million videos are viewed every day…putting it in the number 2 spot for video views in the world.”  Consistent with many of these other trends, much of this consumption is through mobile devices, with 50% of YouTube views in KSA, and 40% in UAE all via mobile.