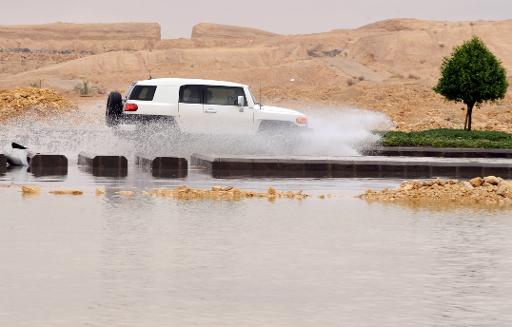 Two of the dead and seven of the missing were in the capital Riyadh, with the rest coming in the northeastern city of Arar, the authority said in a statement carried by the official SPA news agency.

Since Monday, emergency teams have rescued 1,357 people trapped by the floodwaters, it added.

It urged the more than five million residents of the capital to to stay away from rivers and flooded tunnels. Schools and universities have been closed since Sunday.

But in May last year, around 20 people were killed in flooding sparked by the kingdom’s heaviest rainfall in 25 years.

Poor drainage and uncontrolled construction were blamed for the high death tolls in Jeddah.