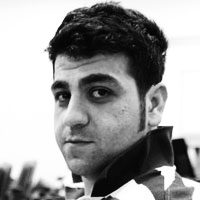 International coverage of the Kurdish conflict in Turkey is an astounding evidence of irresponsible journalism. Most of the information delivered reflects anything but a correct understanding of how, where and why the conflict began in the first place, who are the people behind it, and what are the political motivations of the forces involved.

Correctly answering the outlined questions are basic journalistic guidelines, but they mean next to nothing when it comes to reporting Turkey’s Kurds.

Turkey’s Kurdish armed uprising first began in 1984, several years after the Turkish junta outlawed Kurdish language, culture and officially defined Kurds as, ”Mountain Turks”, in the education curriculum. The junta had also abolished the parliament and banned the constitution, followed by mass arrests and execution of thousands of liberal/left activists across the country, Turks and Kurds alike.

The victims died under torture, shot dead in firing squads or forcefully disappeared, the hard evidences of which have been documented by the Turkish Human Rights Association (IHD) and International Committee Against Disappearances (ICAD).

The dark era of junta rule lasted well into the 1990’s, but the vast majority of international media reports often avoid mentioning that recent past, which initially led Turkey into a ferocious 30-year-long Civil War that has reportedly claimed the lives of 40,000 people, mostly Kurds.

Given that history is the backbone to get a grasp of the current, ignoring it so inconsiderately would in essence prevent readers from gaining an accurate understanding of what is reported. Instead, it leads to further confusion and generalisations.

The international media is carelessly forgetting that the recent past of Turkey is perhaps the reason why only a handful of high-profile academics actually understand the Kurdish question.

Facts are said to be the ultimate authority of journalism, CP Scott’s famous motto, “Facts are sacred,” is often voiced by journalists in defense of news against opinion. But when it comes to reporting Turkey’s Kurds, it seems facts are sinful.

Take the estimation of the Kurdish population in Turkey by the most renowned international media outlets. They provide baseless, inconsistent and contradictory figures. Some claim, “11 million Kurds live in Turkey.” Others say, “12 million” and the closest you would get is, “18 million”, around 20 percent of Turkey’s general population.

“When journalists get it wrong, like Bowen and other journalists so subjectively do on the Kurdish conflict, they tremendously contribute to the problem”

But those demographic figures are far from being facts, when according to the state-run Turkish Statistical Institute (TurkStat): “There are 22,691,824 Kurds in Turkey, mostly born in Kurdish cities in the southeast of the country. Therefore, out of Turkey’s 74.7 million citizens, more than 30% are Kurdish.”

And, to just add to that fact, TurkStat says: “These records only include people who have been registered at official government institutions.” In other words, the figures exclude people from the remote Kurdish villages situated at heart of the mountains, where lay midwives still serve as primary healthcare providers for the rural communities without hospitals.

“Accuracy”, “balance” and the positivist notion of “objectivity” are also claimed to be the foundations of journalism. But prejudice, subjectivity and inaccuracies are easily found in media reports about the Kurds.

Read about the Kurdistan Workers Party (PKK), for instance, and you would surely and quickly come across, “PKK is listed as a terrorist organisation by U.S., EU and Turkey.” But the said is never “balanced” by a subsequent sentence saying, for example, “The PKK is considered a liberation movement by millions of Kurds and thousands of non-Kurds, who firmly believe it has an internationalist outlook and struggles to bring about devolution, democratisation and socialism for Kurdistan, Turkey and the Middle East.”

The political philosophy of the PKK is usually reported as being, “Kurdish separatist nationalism.” But this description is not and never was true.

Founded in 1978 by four students, two Kurdish and two Turkish, the PKK was a Marxist party calming to fight for, “Kurdish self-determination and a Democratic Republic of Turkey.”

Under the leadership of Abdullah Ocalan, PKK made fundamental amendments to its initial Marxist paradigm from 1986 and onward, thoroughly outlined in Ocalan’s recently published “Prison Writings”, in which he clearly states that the PKK has since denounced the building of a Kurdish state, or any forms of state, arguing instead, “For Con-federalism, direct democracy and self-rule of communities through communes, because every state has a fascistic top down structure, regardless of its ideology, be it nation-states’ primitive nationalism, capitalism, communism or even a religious faith.”

As well as Kurds; PKK “martyrs” and members include Turkish, Iranian, Arab, Armenian, Assyrian, Jewish, German, Russian, Swiss, Lebanese, Moroccan and many others, who had joined from mainland Europe and elsewhere in the Middle East.

Either journalists covering the Kurdish conflict and the PKK are conclusively ignorant, or they intentionally demonise the Kurds.

Jeremy Bowen, for instance, is considered one of the most respected international journalists of all time. On the Kurds, however, Bowen not only got it wrong like the rest, he abusively undermined the basic ethnics of journalism when he defamatory reported Abdullah Ocalan capture in an international plot back in 1999.

Bowen wrote about Ocalan: “…a man whose anger is legendary, who dealt with Kurdish dissenters as brutally as he dealt with Turkish soldiers.” But no facts were given to support this defamatory statement. Yet, he added, subjectively, “a man who used to look more like a demon.”

Calling anyone “demon” is an insult, and Bowen’s statements are unethical and tainted with prejudice about Ocalan, who is considered a “Dear Leader” by the Kurds and whose release has been urged by thousands of internationally renowned academics and politicians in the last decade, including Nelson Mandela. Moreover, despite being incarcerated in solitary confinement for nearly 15 years at Imrali Island prison on Turkey’s Marmara Sea, Time magazine featured Ocalan in its 2013 list of, “100 most influential people in the world.”

Armed conflict is a widespread tragedy all over the globe, the resolving of which is altogether challenging and problematic because conflict is simply a set of complexities. Reporting it irresponsibly and incorrectly, however, is just as dreadful and detrimental, because it complicates the matter indeterminately, thwarting chances for an articulate and correct understanding of the conflict itself, without which finding a resolution to put an end to it for good is just implausible.

In other words, when journalists get it wrong, like Bowen and other journalists so subjectively do on the Kurdish conflict, they tremendously contribute to the problem, encouraging the tragedy even more instead of being part of the solution as a sensible human being.